Six in every 1,000 Filipinos may have tuberculosis. Tuberculosis is a preventable disease, but it spreads faster among detainees because of overcrowding and poor living conditions.

The health of detainees is a public concern. When tuberculosis is not controlled inside detention places, the disease can affect staff, visitors and, eventually, the community. 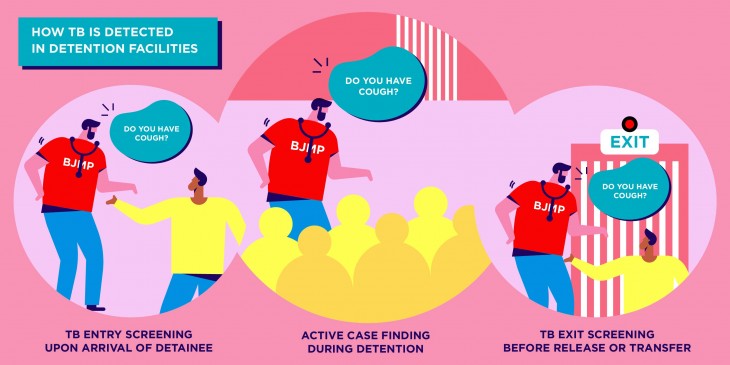 Proper tuberculosis management can benefit 230,000 detainees in more than 550 jails and prisons in the Philippines.

Detainees are screened for tuberculosis upon their arrival, during their detention and before they are released or transferred to a new facility. According to the World Health Organization, one undiagnosed or missed tuberculosis patient may infect 10-20 other people. 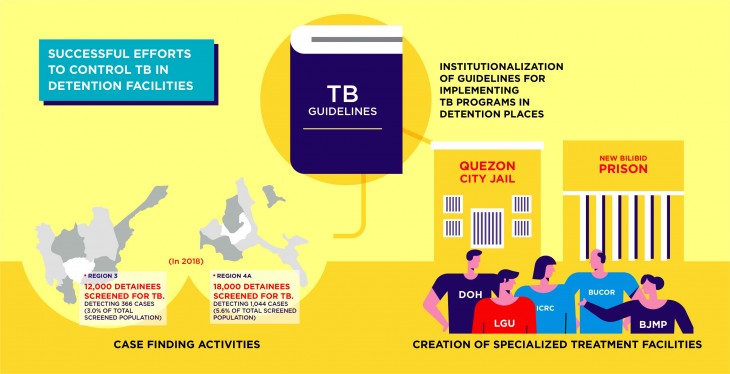 Working with health, detention, and local government authorities, we ran two tuberculosis projects in Quezon City Jail and New Bilibid Prison from 2014 to 2018.

With the Department of Health and the Philippine Business for Social Progress last year, we supported tuberculosis case finding activities for thousands of detainees and jail staff in Region 3 and 4A facilities. More than 800 of the detainees who tested positive for tuberculosis were treated at the Bureau of Jail Management and Penology Calamba Tuberculosis Infirmary. 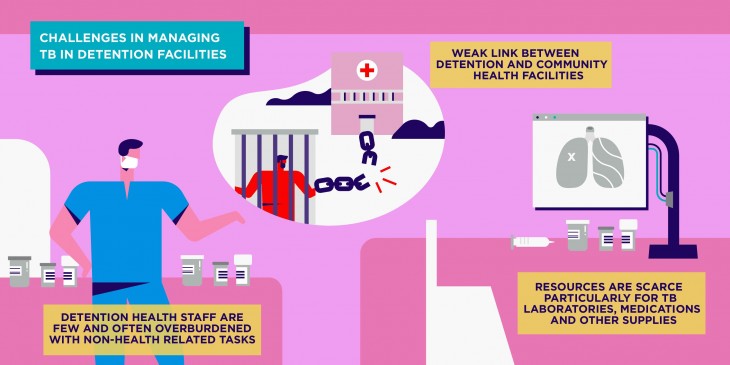 What challenges do authorities face in managing tuberculosis in detention places?

Detention health staff are few and they are often overburdened with non-health related tasks, hence they have difficulties in providing optimum health care to detainees.

Resources are also scarce. Diagnostic laboratories are limited and there's a shortage of equipment and medical supplies.

Beyond limited resources, a big challenge is the weak link between the health system in detention places and in the community. Detainees needing medical attention from external health facilities are often burdened by the strict rules (i.e., acquiring medical requests or clearance and court orders).

The community health facilities are overburdened with their regular workload in handling civilian patients – rendering difficulties in providing care to the detainees. Most of the time, a detainee who is released from detention doesn't receive continuous treatment for tuberculosis. 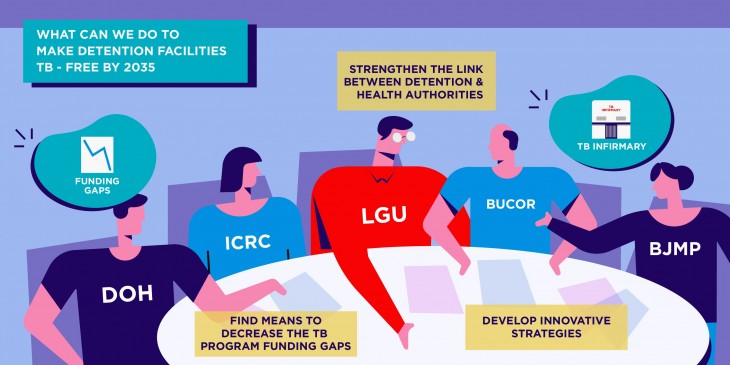 Health problems that exist in detention places can't be isolated from the community. Efforts to prevent diseases such as tuberculosis require an organized, collective effort.