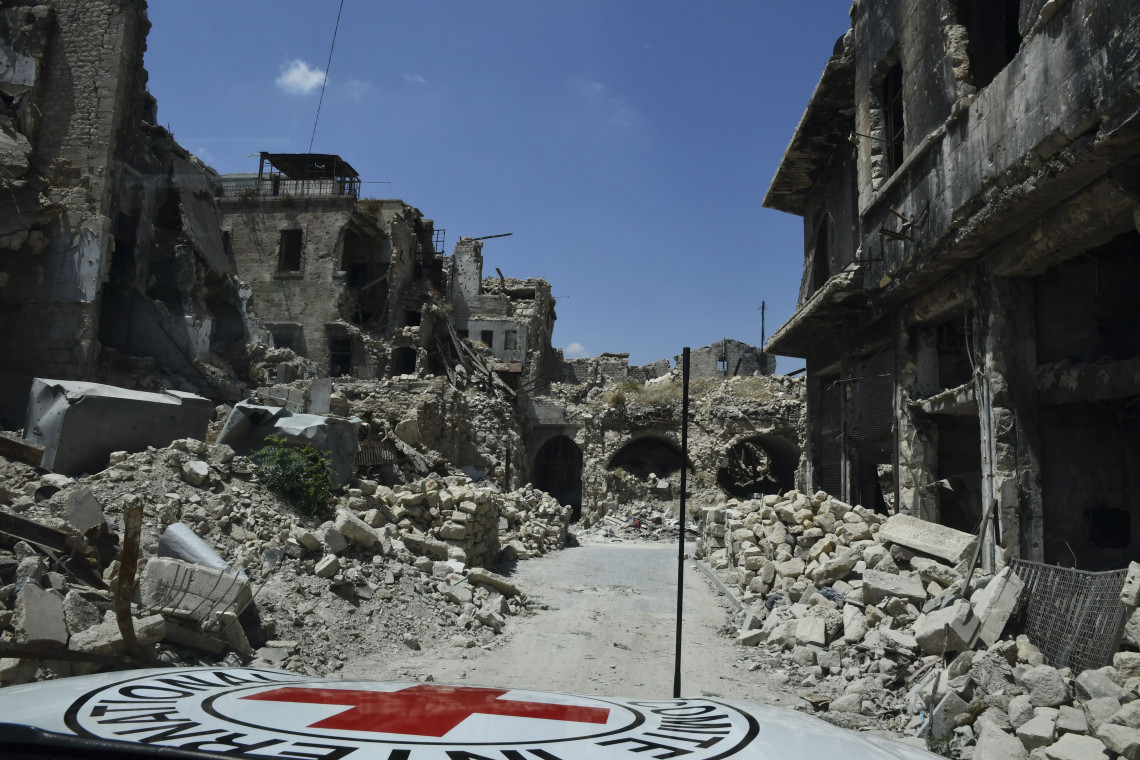 This year I have visited ICRC operations in Afghanistan, the Central African Republic, Mozambique, Syria, and Yemen, among others.

Unique contexts but the same equation: when wars are fought in violation of the law, without mercy or humanity, the humanitarian impacts are enormous.

Not confined to loss of life or injury, protracted wars are damaging entire social systems, essential services and economies.

Parties to some conflicts continue to flout the most basic rules of international humanitarian law on a scale that is cause for global alarm. Foreign Minister Le Drian and Commissioner Lenarcic ln have well-articulated this in their introduction.

While serious violations of IHL can hardly be denied in a hyper-connected and data-driven world, national and international level responses often seem scarce, uncoordinated and inadequate.

The ICRC therefore appreciates the efforts led by France, Germany and the European Union to strengthen accountability and respect for IHL through the Humanitarian Call for Action.

The ICRC's experience as a frontline humanitarian actor tells us that accountability and penalties are not the only drivers for ensuring respect for the law. Respect is enhanced when laws become part of a strong normative framework and are thoroughly implemented on the battlefield.

Compliance with IHL can and does regularly occur; and the ICRC sees the positive humanitarian impact that results when the law is respected.

More than 70 years after their adoption, the Geneva Conventions enjoy universal ratification, and constant progress is made towards their integration into domestic law and military doctrine, even if much more must still be done. Every day, armed forces implement IHL to reduce war's cost to humanity. For many, respect for the rules is a matter of professional identity and core values.

The ICRC is mandated to reach all parties to the conflict – bilaterally and confidentially – to ensure that those responsible for the conduct of their subordinates respond to allegations of violations.

A core part of ICRC's operational work is to listen to those affected by conflict, to inform the responsible party of any possible IHL violations, and to urge corrective action in response.

Recognizing the complexities of conflicts and realities of the battlefield, today I bring five areas of focus where States can enhance respect for IHL.

Firstly: the starting point for States is to 'bring IHL home' as we say in the Red Cross Red Crescent movement. This includes ratifying or acceding to IHL treaties; integrating IHL into domestic law; and incorporating IHL obligations into military training and doctrine.

It also means conducting effective domestic investigations into incidents involving potential IHL violations when they occur. To assist States with investigating violations of IHL, the ICRC, with the Geneva Academy of International Humanitarian Law and Human Rights, has produced the first document at the international level on the subject.

Proper investigations undertaken by States at the domestic level are an essential tool for ensuring compliance with IHL and are a form of accountability to a State's own population, to the victims of violations as well as to the international community.

Secondly, the increasing trend towards alliances in conflict is an untapped potential for States, be they extending or receiving support, to use their influence to protect victims of conflict.

As States retreat from direct involvement in extraterritorial conflicts – preferring to support other actors instead – and as armed groups fragment, it is becoming increasingly difficult to attribute responsibility for violations and insist on corrective measures.

The chain of influence on warring parties links states to non-state actors through political, financial and material support.

In the ICRC's latest analysis on non-state armed groups, we identify 605 armed groups of humanitarian concern operating in 44 countries – and we estimate that half of these groups are supported by States.

The ICRC invites all actors to look further at how their influence in partnered military operations can be leveraged to better protect civilians.

To support parties to uphold their responsibilities we have recently launched an initiative called "Support Relationships in Armed Conflicts" and we look forward to continuing our dialogue with States.

The ICRC invites all actors to look further at how their influence in partnered military operations can be leveraged to better protect civilians.

The third area for States to ensure compliance with IHL is on counter-terrorism and sanctions measures that limit humanitarian action.

While sanctions remain a legitimate political tool, any measures must be consistent with the IHL obligation to protect impartial humanitarian action.

This point is well recognized: the UN Security Council has urged states to take into account the effect of counter terrorism measures on humanitarian activities.

The General Assembly has sought to ensure that they do not impede humanitarian activities nor engagement with actors. Our call now is for widespread implementation.

An opportunity for states to show leadership is on upcoming renewals of UN sanctions regimes including on Afghanistan. Having just visited Afghanistan, I saw the enormous needs of women, men, boys and girls. Humanitarian aid must urgently and freely be able to reach them.

Fourth, the ICRC is challenged by a convergence of different forms of violence: high levels of criminal or intercommunal violence intermixed with armed conflict.
Additionally, the Covid-19 pandemic has highlighted the role played by armed forces and other security actors in public order responses.

In such contexts, including those below the threshold of conflict, multiple legal frameworks may be applicable, leading to uncertainty. The ICRC engages with security actors to help clarify limits on the use of force and to train their armed forces to act responsibly. Ensuring the protection of civilians is our primary concern.

While sanctions remain a legitimate political tool, any measures must be consistent with the IHL obligation to protect impartial humanitarian action.

Fifth, advancing technologies are giving rise to new weapons and modes of warfare and in turn creating new humanitarian concerns.
IHL provides a battle-tested set of rules that impose essential limits during warfare – new or old, cyber or kinetic. For instance, that hospitals must be respected and protected at all times, including against cyber operations.

In many fora, States are discussing the limits imposed by IHL on cyber operations in armed conflicts. The ICRC urges States to work towards greater clarity on the limits that existing rules of IHL impose on cyber operations. Affirming IHL applicability should under no circumstances be misunderstood as encouraging the militarization of cyberspace or as legitimizing cyber warfare: IHL limits warfare and protects civilians.

Colleagues, we must guard against the suffering that results from IHL violations and any kind of impunity for them.

It is the task of the international community to uphold the law and to take practical steps to prevent the suffering of civilians in conflicts around the world. States and other actors already have many tools available to respect and ensure respect for IHL. Your task now is to thoroughly implement them.