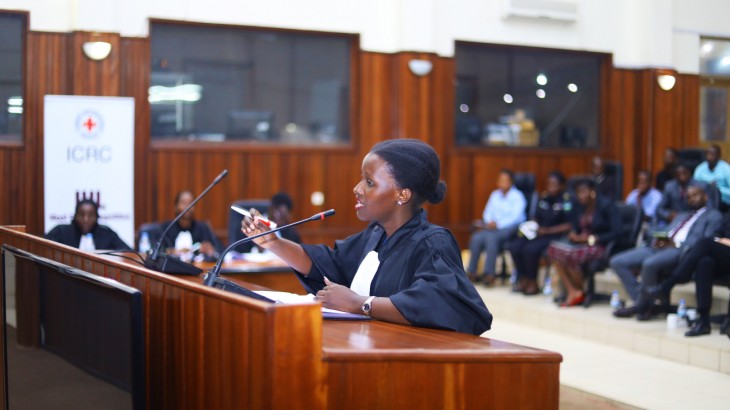 A member from one of the competiting teams delivers a statement during the fourth Annual National Moot Court Competition on International Humanitarian Law (IHL) held in Kigali, Rwanda. Photo: ICRC

On 22 and 23 October 2019, Rwanda held its fourth Annual National Moot Court Competition on International Humanitarian Law (IHL). The event brought together fifteen law students from five Rwandan Schools of Law. It was jointly organized by the ICRC, the Schools of Law and the Rwanda Red Cross Society.

The competition was held in Kigali. The competing universities included the University of Rwanda (UR), INES-Ruhengeri, University of Lay Adventists of Kigali (UNILAK), University of Kigali (UoK) and Kigali Independent University (ULK). The format was a simulated, hypothetical war-crimes trial, in which the teams took turns playing the roles of both the prosecution and defence.

The University of Kigali (UoK) team won the 2019 national Moot Court competition and went on to represent Rwanda in the All Africa IHL moot court competition organized by ICRC from 16 to 23 November 2019 in Arusha, Tanzania.

This competition is part of a larger ICRC programme which aims to develop and promote IHL in Rwanda. The Head of ICRC Delegation in Rwanda. François Moreillon says the ICRC will continue to disseminate IHL and to work for its development in response to contemporary humanitarian challenges. He recalls, however, that States have the prime responsibility to prevent violations of IHL by respecting and promoting its rules and fundamental principles.

Jean Bosco Mutangana, Rwanda's Prosecutor General who was the guest of honour, advised students to never tire of broadening their knowledge of IHL. "As young students of law you should have all the reasons to increase public awareness about this critical subject," he said. 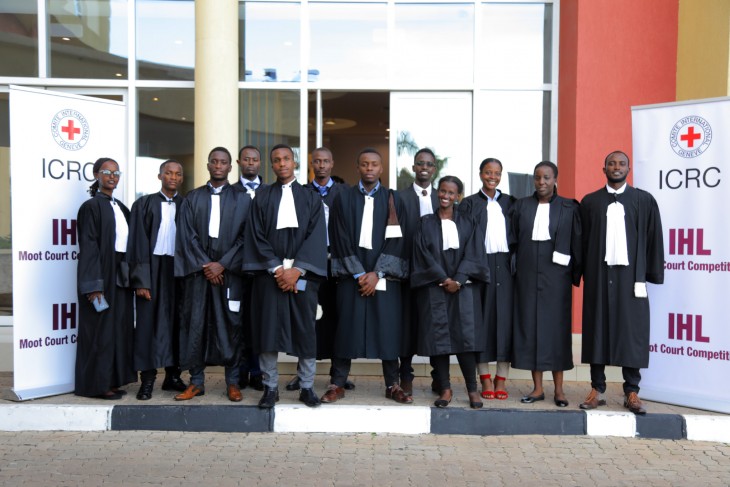 He further added that the annual competition adds to the country's experience in dealing with matters of IHL, 25 years after the 1994 genocide that claimed more than one million victims.

The theme of 2019 moot court competition was "International Humanitarian Law and Internally Displaced Persons," which was chosen to coincide with the 10th anniversary of the adoption of the African Union Convention for the Protection and Assistance of Internally Displaced Persons in Africa (the Kampala Convention), which remains a significant milestone in efforts to address internal displacement across Africa and is a model for other regions.