The Armed Forces of Liberia have recently integrated in their military training manual a set of recommendations and practical measures for the protection of health care, setting the example for other armies in Africa and elsewhere, showing how to better balance security and humanitarian considerations.

Taking stock of the results of an international process

Chapter 13 of the AFL "Law of Armed Conflict training manual" features operational practices for the protection of health care, which should contribute to ensuring the neutrality of health facilities, that the ethical principles of health care professionals are respected, that delays in the passage of ambulances at checkpoints are minimized; that the impact of military operations on health care services is carefully considered; and coordination between military medical forces and health personnel is improved. The manual will be issued officially in November.

The inclusion in the AFL "Law of Armed Conflict training manual" of a specific chapter on military practices for the protection of health care comes as a result of the continuous collaboration between the AFL and ICRC.

The chapter has been developed taking into consideration the outcomes of the international workshop on "Military practice and the protection of health care" which the Health Care in Danger project held in Sydney, Australia, in December 2013, gathering military experts from around the world.

The recommendations and practical measures addressed to the military resulting from the workshop have been revised and adapted to the scope and necessities of the AFL during a 2 day workshop, which took place on 27-28 May 2015, organized in collaboration with the ICRC.

Feedback from soldiers on the process

Captain Steven Tarplah, Chief of Public Affairs, AFL: "I appreciate the workshop because if I make a mistake during armed conflict, I am held liable of it. Now I can do my job better. I know how I can interact with health workers. The protection of health facilities, workers, patients and visitors is key to military operations because when we conduct them, it is not our intent to inflict harm but rather remedy a [security] situation."

Captain Golafale, (G-3 operation) 23rd Infantry Brigade, AFL: "We talked about the conduct of soldiers during military operations which poses considerable danger to health care workers. It's necessary for soldiers to be aware that they have a responsibility when they conduct operations for the safety of health care workers and patients that are in their care as well as the civilian population. It is important because military operations do not go in isolation with health care. When we conduct operations we need [to protect] health personnel because there might be casualties resulting from our operations, not only among our men but also among the civilian population."

Corporal Caroline K. Doe, Logistic Command, AFL: "I am happy to have this session, it will help to know what is right and what is wrong in times of combat. We, as members of the Armed Forces of Liberia, as professional soldiers need know how to protect civilians and respect the emblems of the medical corps in times of armed conflict."

According to studies conducted by the ICRC, military forces are often responsible for incidents which hamper the access of wounded and sick to medical services or block the safe, impartial and efficient delivery of health care in times of conflict or other emergencies. These incidents can have a critical impact on the capacity of the health system to respond to the population's health needs when these are most acute. 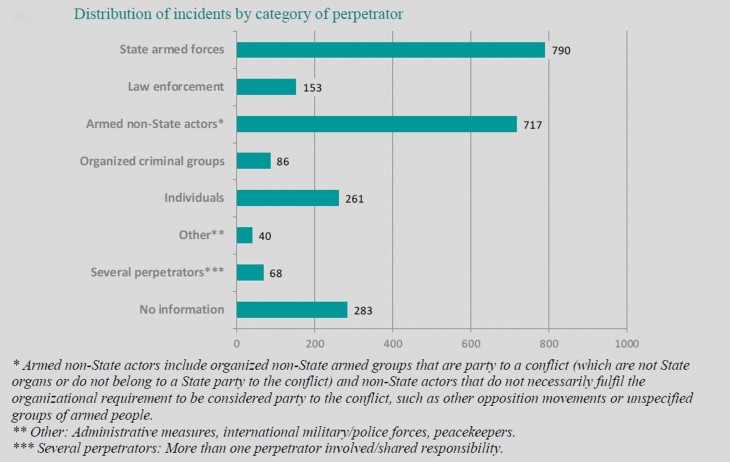 These incidents are most likely to take place while military forces are carrying out search operations in health facilities, manning check points, or conducting military operations in the proximity of health facilities. In order to ensure that the impact of these operations on access to health care as well as on its delivery is minimal, military forces can adopt precautionary and preventive measures which have been identified by military experts together with health and humanitarian professionals and are gathered in the HCID publication "Promoting military operational practices that ensure safe access to and delivery of health care".

National armies interested in integrating HCID recommendations into their training manuals and operational practice can contact the ICRC delegation in their country or the HCID project.

The Health Care in Danger project is a Red Cross Red Crescent Movement project to make access to health care and its delivery safer in conflict or other emergencies. The project calls for the respect of health care workers, facilities and transports while promoting the implementation of a series of recommendations and practical measures for the protection of health care.