Q&A on the ICRC's new handbook on IHL 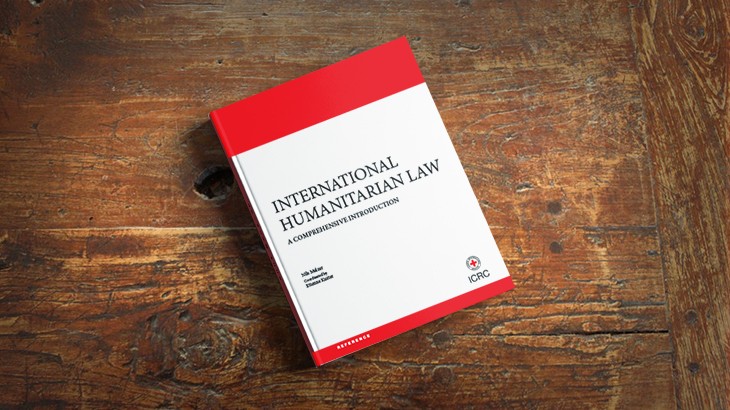 International Humanitarian Law: A Comprehensive Introduction is a handbook that aims to promote and strengthen knowledge of international humanitarian law (IHL) among academics, weapon-bearers, humanitarian workers and media professionals. The Q&A below introduces this publication in more detail.

Why has the ICRC decided to publish this handbook?

In 1993, International Humanitarian Law: An Introduction was published by the Henry Dunant Institute, with the support of the ICRC. This short introductory handbook written by Hans-Peter Gasser, then the head of the ICRC's Legal Division, was widely admired for its concise and practical presentation of IHL. In the two decades that followed its publication, the nature of armed conflict and, with it, the practice of IHL evolved significantly. A new, more comprehensive handbook taking stock of these developments was needed. That is why the ICRC asked Nils Melzer, Human Rights Chair at the Geneva Academy of International Humanitarian Law and Human Rights, and former ICRC delegate and legal adviser, to write International Humanitarian Law: A Comprehensive Introduction.

How is this handbook different from other books written by IHL experts?

This handbook stands out from other publications on IHL thanks to:

It is hoped that these features will make the handbook's content more accessible to a wide range of audiences worldwide. Ultimately, this is about passing on the message that, for people affected by armed conflict, respect for IHL — or the lack thereof — is not an abstract legal matter but, more often than not, means the difference between life and death, safety and peril, dignity and despair.

This handbook is promoted as introducing IHL in a way which is "in line with the ICRC's reading of the law". What does that mean exactly?

While International Humanitarian Law: A Comprehensive Introduction has not been written by the ICRC itself, it introduces the reader to IHL in a way that generally reflects the ICRC's stance on a variety of IHL topics. While the handbook is an academic publication that should not be taken as an official ICRC statement on IHL, it nevertheless refers readers to many ICRC position statements, reference documents and resources.

What is the link between this handbook and the updated Commentary on the First Geneva Convention, also published by the ICRC in 2016?

While both are academic publications, their nature and purpose differ. The Commentary is a detailed interpretative guide to the First Geneva Convention, mainly intended for legal practitioners in governments, armed forces, and national and international courts, as well as academics and civil society. It draws upon the original 1952 Commentary but incorporates updated information gleaned from more than six decades of application and interpretation of the Convention. It addresses key elements of ongoing debates, for example about where, when and to whom IHL applies, setting out the ICRC's interpretation while also indicating diverging views.

In comparison, the handbook offers a general introduction to IHL in all its aspects, without going into the specifics of ongoing debates. It aims to introduce this body of law to legal and non-legal audiences alike in a concise, accessible and educational way, and generally in line with the ICRC's reading of the law. It actually invites readers to delve deeper into the issues by referring them to the updated Commentary on numerous occasions throughout the handbook.

It is hoped that readers will benefit from both texts, using the handbook to grasp the basics of IHL and the updated Commentary to explore more specific notions, issues and debates. In this sense, the two publications are complementary.

A number of photographs have been included in this handbook. Why?

Today, more than ever, the study of IHL should address the most pressing humanitarian issues arising in contemporary armed conflicts. One way of ensuring this was to include photographs that help readers visualize not only how IHL protects people in contemporary armed conflicts, but also the dire consequences of its violations. Through the pictures and links to ICRC movies included in the book, it is hoped that readers will gain a more intuitive understanding of the humanitarian spirit and purpose of IHL, which is to limit the means and methods and warfare and to protect those who are not, or no longer, taking part in the fighting.

Other language versions of International Humanitarian Law: A Comprehensive Introduction will be published starting in 2017.