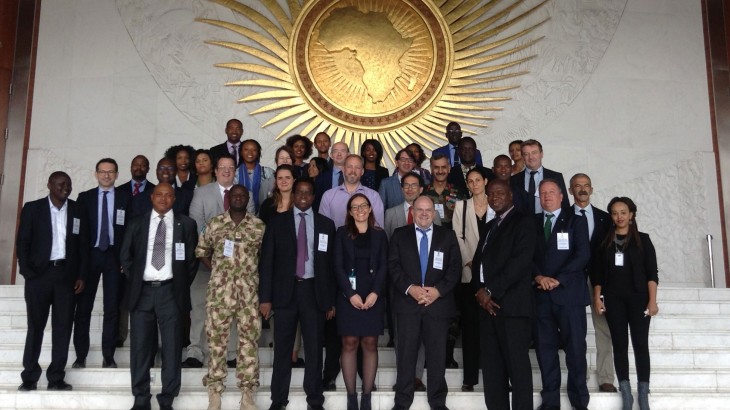 The ICRC and the African Union held a discussion related to the scope of the obligation to ensure respect for IHL in multinational operations in Africa. CC BY-NC-ND / ICRC

The International Committee of the Red Cross (ICRC), in close collaboration with the African Union (AU) Peace and Security Department, organized a Roundtable from 30 to 31 May 2017, aiming to hold discussion related to the scope of the obligation to ensure respect for IHL in multinational operations (Peace Support Operations) in Africa, and elaborate practical measures, mostly from an operational, but also from a legal, point of view.

The ICRC decided to organize the roundtable since the AU is dedicated to ensure that its missions and personnel respect rules of international human rights and humanitarian law (IHL and IHRL), and that its mission documents and doctrines are in line with relevant instruments. The AU has undertaken to put in place the AU Compliance Framework which will enable the operationalization of its obligation to "respect and ensure respect" for IHL in all circumstances, as enshrined in Common Article 1 to the Geneva Conventions of 1949, the AU Constitutive Act and other relevant regional instruments.