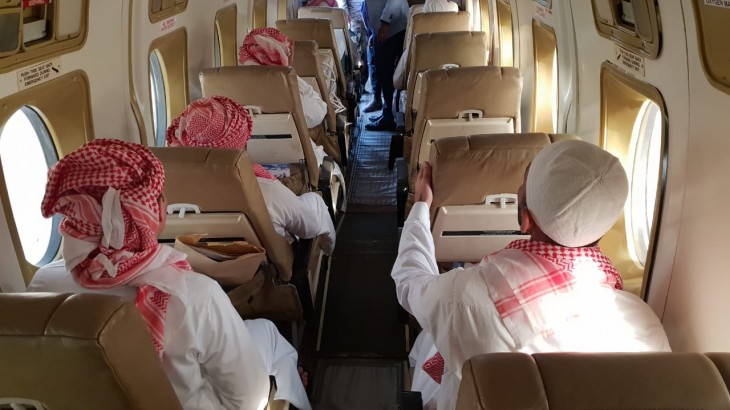 Kuwait (ICRC) - Acting as a neutral humanitarian intermediary, the International Committee of the Red Cross (ICRC) today facilitated the safe return of seven sick and injured Yemeni nationals from Saudi Arabia to Yemen. This follows the repatriation yesterday of a Saudi national from Sana'a to Riyadh.

The ICRC team left Riyadh to land in Khamis Mshait in Asir to meet the men. The team's doctor assessed their health conditions and needs. The seven Yemeni nationals were then transported directly from Khamis Mshait to Sana'a in the ICRC plane.

The ICRC was not involved in any negotiations that preceded this release.

"Our role has focused on facilitating the release and transport," said Yahia Alibi, head of the ICRC Regional delegation in Kuwait. "We are delighted these persons will soon be home."

The Mission in Saudi Arabia has been working with the authorities, the Joint Force Command and the Saudi Red Crescent Authority to ensure the success of the operation.

"The ICRC commends the excellent cooperation of the authorities," said Yahia Alibi. "We stand ready to act as a neutral intermediary so that thousands more affected by this conflict can return to their families."