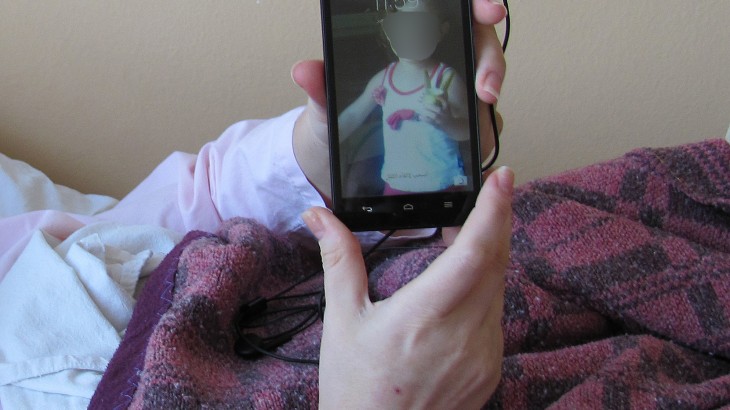 Subotica, Serbia. Imtisal proudly shows off a picture of her daughter. Talking to her "little princess" is making the long weeks in hospital a little easier to bear. CC BY-NC-ND / ICRC

Syrian refugee Imtisal escaped the bombs and bullets of her native country, making the gruelling journey as far as Serbia unscathed. Then a car accident put her in hospital with serious injuries, causing her to lose her unborn child. With no news, her family back in Damascus were frantic with worry, until the combined efforts of the Red Cross of Serbia and the ICRC put them in touch again.

A flash of light in the darkness, a screech of brakes, the sickening thud of a car hitting a body. Somewhere on a motorway in northern Serbia, a speeding car interrupted Imtisal's 4,000-kilometre trek from Syria to Switzerland. The 35-year-old was rushed to the nearest hospital, in Subotica, near the Hungarian border. A rapidly-assembled team of medical specialists saved her life, setting her broken hip and pelvis and treating her head injuries. Heartbreakingly, doctors could do nothing for her unborn baby, due just one month later.

As soon as they knew that Imtisal was going to survive, the family members travelling with her moved on to their destination of Bern, where their cousin was waiting. Her small daughter aged two and a half went with them. Those who had been with Imtisal at least knew where she was and that she was being taken care of. Back in Damascus, the rest of the family were worried sick.

That included her brother, who was starting to panic as the days dragged on with no news from his sister. Having heard the Red Cross could help, he contacted the ICRC tracing team in Damascus. They passed the request for information to our delegation in Belgrade, which forwarded it to the Tracing Service of the Red Cross of Serbia.

Zoran is a long-serving professional at the Subotica Branch of the Red Cross of Serbia. As soon as he found out that Imtisal was in Subotica Hospital, he went straight there. He talked to Imtisal, the doctors, a psychologist and a social worker, aided by the indispensable Mohamed, a Syrian who has been living in Subotica for several years and now acts as a volunteer interpreter for people caught up in the migrant/refugee crisis. 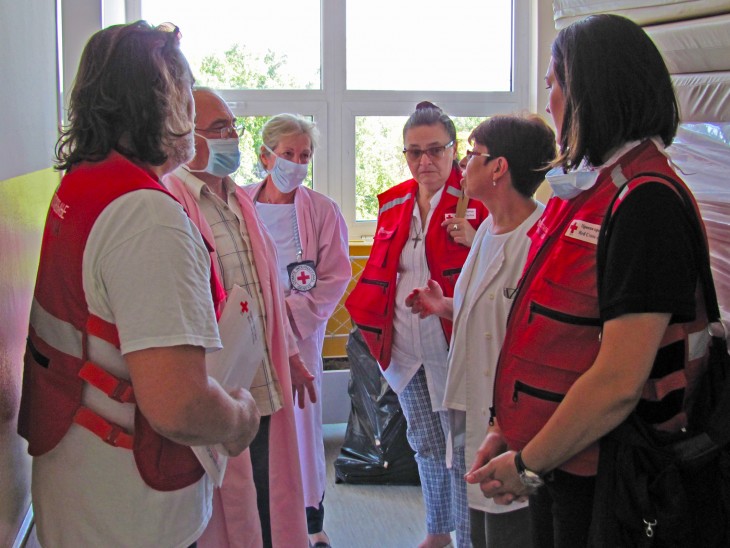 Despite being disoriented by her injuries, the shock and her medication, Imtisal was able to use Zoran's "restoring family links" phone to contact her family in Switzerland. The call reassured her family, but even more importantly it meant she could talk to her little daughter.

"I'm very tired and I'm in pain, but the physical pain is nothing compared to my only wish, which is to be with my daughter," said Imtisal. "She needs me so much."

Mother and daughter back in touch

The young woman is still weeks away from being well enough to join her family. Far worse than the aches and discomforts of being bed-ridden and alone in a foreign place is the pain of separation from her daughter. But at least she can talk to her little princess every day. Now she has her own mobile phone, and her face lights up when she shows us her daughter's photo on the screen.

With weeks to go before her discharge from hospital, family links are Imtisal's lifeline.

For more about how the International Movement of the Red Cross and Red Crescent helps reunite families separated by war and disaster, visit our Restoring Family Links website.