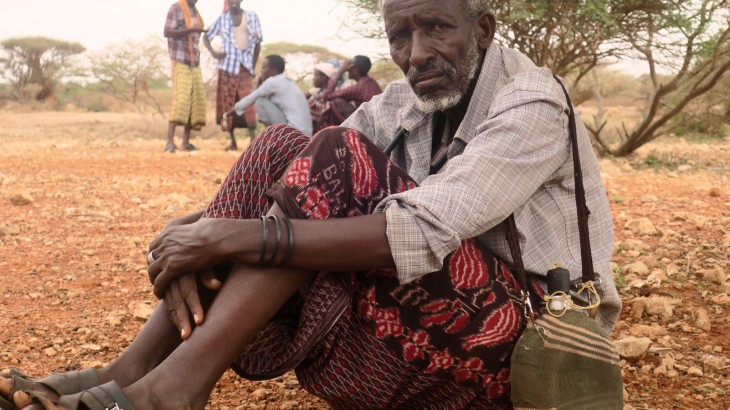 Abdullahi Abdrahman has lost 450 goats, cattle and sheep since the beginning of the drought. CC BY-NC-ND / ICRC / Anisa Hussein

The words rob raac in Somali translate to rain follower. It is a term commonly used in pastoralist circles that refers to the lifestyle of moving from one place to another with one's livestock in search of pasture and water. This lifestyle is shared by many pastoralists, who make up 60 percent of Somalia's population.

Failed consecutive rains in the country, though, have prolonged a debilitating dry spell, grinding to a halt a way of life for many nomads who roam the lands.

"We follow the rain to every corner of the country," says Abdullahi Abdirahman, a pastoralist who now lives in a temporary shelter in Hirsi Hade village, in Somalia's Galmuduug region. His dusty shoes are visibly worn out by years of trekking across the arid lands with his 500 animals – goats, cattle and sheep.

The drought has brought the 70-year-old's lifestyle to a stop.

"I have walked over 200km in the past months in search of rain, food and pasture for my family and the remaining goats, sheep and camels," says Abdullahi. "I'm now left with 50 frail livestock that can't produce milk or meat."

Many like him have made the long, arduous journey but end up poorly rewarded for their efforts.

"Those who originally had 300 goats now could be left with 30, all of whom are very weak," he says. "Many died along the way due to hunger and disease before reaching the grazing grounds"

Pastoralists have long been accustomed to the harsh environment in Somalia, but the prolonged drought has brought many to the edge of starvation. 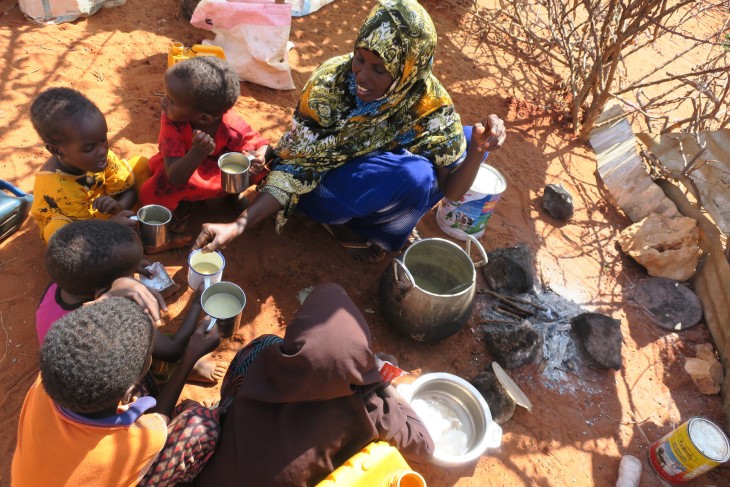 Farhiyo Mohamed  prepares a meal for her children. Due to the failed rains, she is now living in a camp on the outskirts of Guriel town. CC BY-NC-ND / ICRC / Anisa Hussein

Sun-bleached carcasses of livestock dot the area, remains of what were once high-value assets that offered meat, milk and income for families. The animals are also a means of currency when making dowry payments or settling disputes, making the skeletons a particularly sad but not uncommon sight here.

Beaten down by loss and little to show for their struggle, many pastoralists including Abdullahi end up settling in temporary shelters in unfamiliar towns with nothing to live on but humanitarian assistance.

Unfortunately for these pastoralist communities, long dry spells are not their only problem.

"During our stay in Hiran region, clan conflicts broke out as a result of fighting over grazing land," says 35-year-old Farhiyo Mohamed, who is also a pastoralist living in a displacement camp on the outskirts of Guriel town, 10km from Abdullahi's area. She remained in the camp with her nine children while her husband took off for the north of Somalia with the animals in an attempt to keep the remaining few alive.

"We have to find a way to help each other and share whatever food we have," says a hopeful Farhiyo. "If I cook some food we have to share, and that's how we survive."

In November, Abdullahi's and Farhiyo's families were part of 15,000 households in Galgaduud region that received bags of rice, cooking oil, beans and porridge that the International Committee of the Red Cross (ICRC) distributed to help them cope. The food is expected to see the families through to the end of the year. Displaced families received additional items including sleeping mats, kitchen utensils, tarpaulins and hygiene parcels. 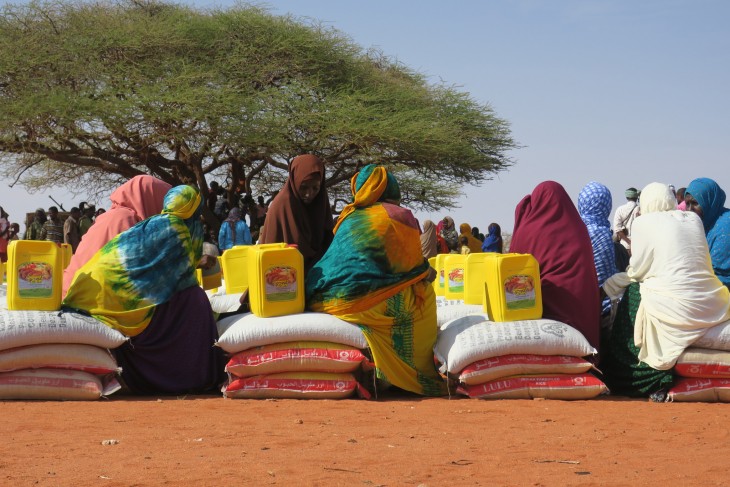 The ICRC has also concluded a massive livestock treatment campaign of over a million animals in November to help boost recovery efforts of pastoralists across the country.

Despite the persistence of the dry conditions, some light showers have been observed in parts of Somalia since October, signaling the start of the end-year rainy season (deyr). Abdullahi has given up on the nomadic lifestyle altogether but Farhiyo expects to leave the camp once her husband returns. If the rains hold, her family will set off and rob raac wherever the rains may lead them.