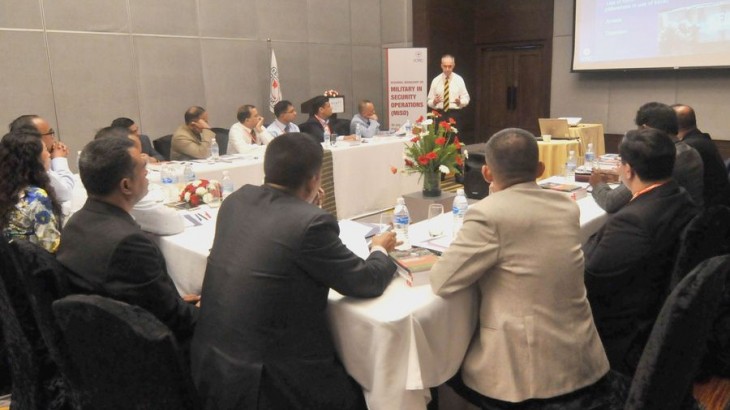 Stephen Kilpatrick, ICRC armed forces delegate based in Myanmar, interacts with the participants at the workshop. ©ICRC

As one of the key areas of its work, the ICRC continues to promote respect for international humanitarian law and its implementation with multiple stakeholders, including military and police forces. This involves identifying and analysing the problems of humanitarian concerns as well as consulting with experts to clarify the applicable law.

In South Asia, the ICRC's regional workshop (Military in Security Operations) for armed forces and police officers is serving as a platform to discuss every aspect of security operations with a unique approach that comprises simulation of critical decision-making procedures with leaders of fictional political parties as well as mediation between belligerent parties in order to form a dynamic protection of civilian population (PCP) intervention.

The recently-concluded regional workshop on Rules Applicable to Military in Security Operations, which took place in Kathmandu 30 July to 2 August, brought together key operational actors who participated in focussed discussions, intensive study, and immersive decision-making providing an opportunity to introduce innovative prevention approaches, recalibrate dissemination methodologies and promote intra-ICRC interoperability on topical issues. The workshop was held for the first time in Bangkok in 2017. 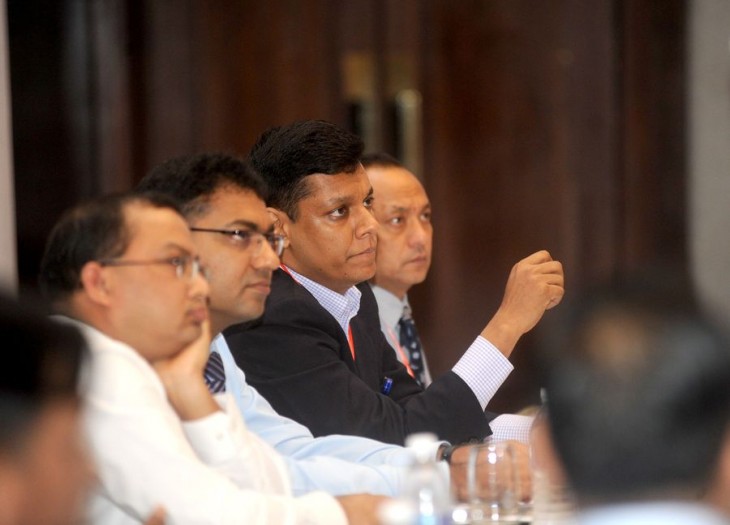 Members of the armed forces of Nepal and Bangladesh attending the sessions. ©ICRC

Defence Secretary of the Government of Nepal, Bishnu Prasad Lamsal, inaugurated the workshop. He emphasised on the importance of the course as well as the willingness of the Government of Nepal to host regional events organised by the ICRC. Andre Paquet, Head of Mission for the ICRC in Nepal, underlined the opportunity provided by this workshop to participants to share knowledge on international humanitarian law and human rights law and exchange best practices. The workshop was attended by 17 officers and six observers from Bangladesh, India, the Maldives, Myanmar, Nepal, Pakistan and Sri Lanka, along with four trainers of the ICRC.

Commending this initiative, Lt Col Uttam Sapkota from Nepal said, "In my military service of almost two decades, this workshop came up like magic and has left a wonderful impression which I will carry throughout my career and beyond. I would not hesitate to share the ideas and knowledge imparted here."

Shahed Akber, Deputy Director at the Police Staff College Bangladesh, believes the knowledge gained at the workshop will greatly benefit the officers' professional careers through better implementation of the law and best practices. "It gave us the opportunity to interact with officers from different countries of South Asia and exchange knowledge on cutting edge security issues," he said.