Facing massive displacement that has resulted from the fighting, health services in South Sudan are working under enormous pressure. Since the outbreak of violence in December, the ICRC has worked together with the South Sudan Red Cross to save lives and perform more than 2,600 operations

"Recent fighting in South Sudan has resulted in large numbers of people being wounded," said Franz Rauchenstein, head of the ICRC delegation in the country. "ICRC medical staff have been sent to several places and are now working around the clock to treat the injured."

Since last December, health services in the country have been overstretched. "The lack of security has caused many health workers to flee. There have also been reports of health workers being attacked or killed," said Kerry Page, an ICRC health programme coordinator in South Sudan. "In addition, several care facilities have been damaged or looted, and since it's extremely difficult to bring in medical supplies to the places that need them most, the basic health needs of many people simply cannot be met."

From the very beginning of the current armed conflict, the ICRC has been sending in specialized medical personnel to perform life-saving operations. Four surgical teams, each consisting of an anaesthetist and three nurses as well as a surgeon, have performed more than 2,600 surgical procedures on weapon-wounded patients in 13 health facilities across the country. In parallel with these efforts, South Sudan Red Cross volunteers have delivered medical supplies, dressed wounds, served as interpreters for the surgical teams, moved patients and performed many other essential tasks relating to patient care. 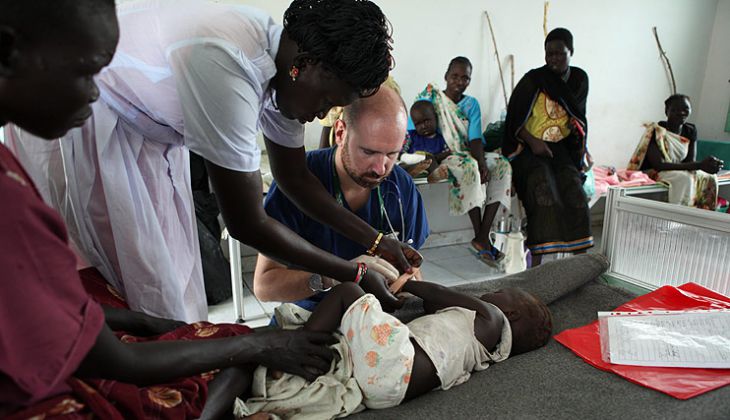 Local nurses, supported by their ICRC counterpart, attend to a child in the hospital in Kodok, Upper Nile state. CC BY-NC-ND/ICRC/Pawel Krzysiek

Because well-equipped medical facilities are either unavailable or damaged, ICRC surgical teams are working in basic care facilities or in vacant buildings with simple rooms converted into operating theatres. "The medical teams are rapidly flown in, even to remote locations, when we have confirmed reports of large numbers of casualties," said Ms Page. "It's rather difficult, but there's no other way to provide care in most instances. The surgical programme in South Sudan is one of the largest run by the ICRC in the world, and it is most likely the most difficult one in terms of work and living conditions. During the rainy season, the staff have an additional burden to contend with."

Displacement adds to the strain

The health-care system is having to cope not only with large numbers of casualties, but also with the displacement of the local population. Fleeing danger, many people, including women and children, travel long distances in search of the closest safe haven. Their health needs are considerable, and local services are usually not able to meet them on their own. In many places affected by violence, small towns and villages have turned into new population centres overnight.

"The pressure that this influx of people has put on already weak health-care infrastructure has been enormous," said Ms Page. "In Upper Nile state, the population in and around Kodok tripled in a matter of days. Some 100,000 civilians have taken refuge there, and because the situation remains unpredictable, they are not likely to leave soon."

Currently, a four-member ICRC surgical team are working together with a paediatrician and a nurse in Kodok's primary health-care centre, where they see more than 600 patients every week. The ICRC is also improving the facility's water system, repairing its electrical system and building a new waiting area.

These efforts are aimed at minimizing the disruption to health services for displaced people and local residents alike. The ICRC has also started to scale up support to some primary health-care facilities in conflict-stricken areas, with a focus on resuming routine immunizations and ante-natal care, and on making sure that an adequate supply of medicines and other medical items is available. 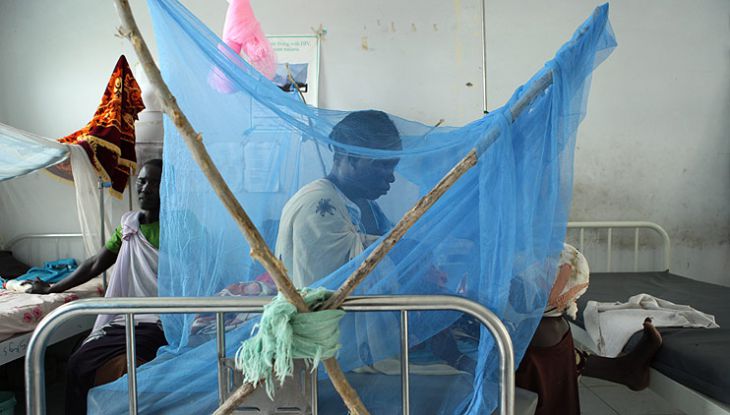 Since December, in addition to the surgical work and paediatric care it has provided in Kodok's health-care centre, the ICRC has:

Since the outbreak of the armed conflict in December 2013, the ICRC and the South Sudan Red Cross have been working in partnership. Their efforts have been complemented by the activities of the International Federation of Red Cross and Red Crescent Societies and a number of national Red Cross societies.