Yemen: The pain of conflict permeates deeply into communities - ICRC statement to the United Nations 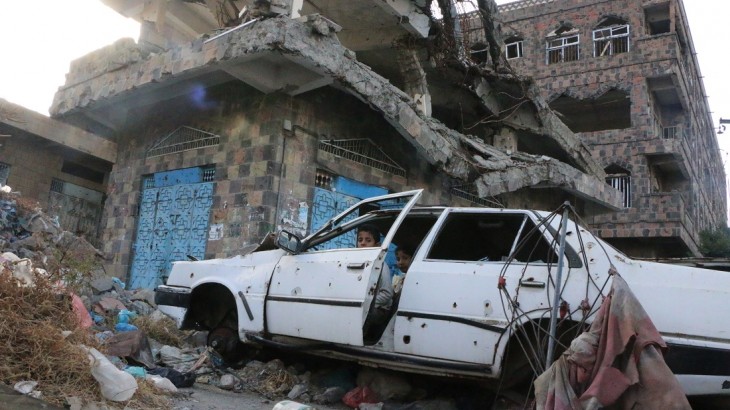 Like others in this room, I was in Yemen just a few weeks ago. What I saw was a stark reminder of how the pain of conflict permeates deep into communities and how webs of alliances equipped with easily available weapons complicate and prolong wars.

For many Yemenis, a normal, dignified life is impossible. Electricity and water supplies have been damaged. Hospitals have been attacked. Young boys, armed with guns, control checkpoints. People struggle to survive against poverty aggravated by war and against death from treatable chronic diseases.

Now a deadly cholera outbreak is threatening the lives of more than half a million people, actually the latest figures stand at 700,000 suspected cases this morning. So it's by the largest numbers that have been reported since numbers have been recorded. The import restrictions and warfare in frequent violation of international humanitarian law is leading to hyper-fragility for as many as 20 million people.

This indeed extends far beyond a localized conflict.

ICRC has doubled its budget this year to around 100 million dollars, our third largest operation worldwide.

We're in the hospitals, in the cholera treatment centres, in the towns and villages. We repair water and sewage systems. We've trained more than 200 doctors and nurses in mass casualty management. We've carried out hundreds of operations. We help treat those with chronic illness. We give food, water and household items. We provide seeds and tools for farmers. Our staff have been killed and kidnapped. Our courageous colleagues in the Yemen Red Crescent have lost ten of their volunteers.

There are some questions that need to be asked:

The answers lie in national, but also in regional dynamics, and far beyond. More engagement is needed with parties of influence outside of the region to find a solution to the conflict and, in the meantime, to bring those on the ground to respect the basic rules of warfare.

First, a political solution is needed. Without doubt, this is the number one priority, as others have said. Pending an comprehensive political solution we urgently need agreements on larger areas of tranquility for civilians. A war, which is running out of military targets must not continue.

Second, while conflict continues, the parties must abide by international humanitarian law, including the rules governing the conduct of hostilities and the treatment of detainees. Respect and protect civilians and civilian objects. Ensure steadfast adherence to the principles of distinction, proportionality and precaution. Adapt these principles to the predominantly urban contexts of vulnerability. Spare Yemen's essential services for now and for the future. My request to those who are involved either directly or indirectly – by fighting alongside the belligerents, or by transferring weapons or in any other way supporting them – is to bring pressure onto the parties to abide by humanitarian law.

Third, if the international community is to respond meaningfully to the crisis, humanitarian access must be allowed and facilitated by all parties. The flow of aid and commercial items - both into and across Yemen - must be permitted. It's important that transport hubs, such as Sana'a airport, and also the seaports are opened again and quickly. We need a humanitarian access and supply regime, helping us to prevent the worst.

Fourth, access to detainees. The vicious cycle - whereby each side does not give ICRC access until their own people have been seen first - must be broken. There has been some access. But it needs to be significantly extended.

Dear colleagues, the ICRC stands by the Yemeni people but it needs a concerted effort from everyone.

At the end of this High Level Week I am reminded of an old saying well-known in the Middle East, "I hear what you say and I like it. I watch what you do and I wonder." Help me and others to put a stop to this endless wondering.