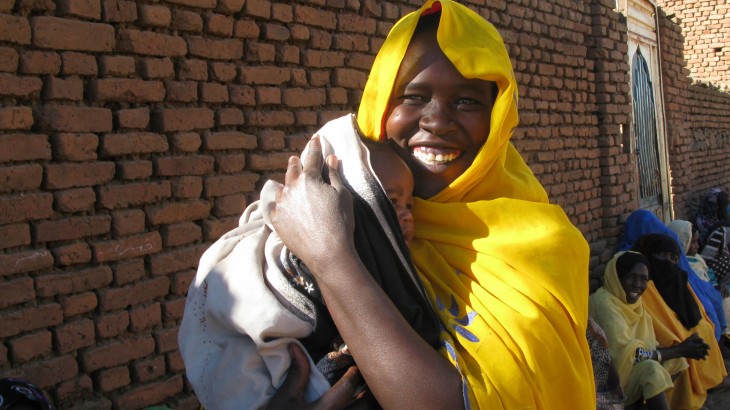 Hawa, a mother of seven, carries her youngest child with her to the distribution point on Golo. As she waits for the distribution to begin, she said, "I was only expecting the jerrycans," while carrying her child and wiping away tears. CC BY-NC-ND/ICRC

"Just the jerrycan would have been enough,'' said Rasheeda Ahmed, 56, as she burst into tears while watching Red Cross and Red Crescent distribute essential household items at the foot of the Jebel Marra mountain in Central Darfur.

Hundreds of women who had recently returned to their villages sat on rocks at the bottom of the mountain as the International Committee of the Red Cross (ICRC) and the Sudanese Red Crescent Society (SRCS) made hundreds of piles of essential household items to be distributed to returnees and internally displaced families. 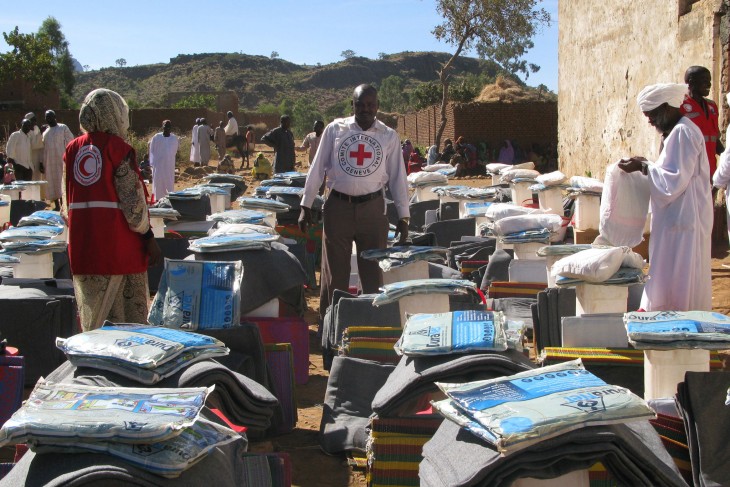 The ICRC is working with the SRCS to distribute essential household items to 1,500 vulnerable families in Golo, Jebel Marra. CC BY-NC-ND/ICRC

The Omda (mayor) of Golo, speaking in the local Fur language, fumbled for words to explain that only those with the greatest needs would be receiving assistance this time.

"The ICRC is not like other organizations that give assistance and leave," he said. "They hand over everything to the beneficiary and make sure they have received their items." 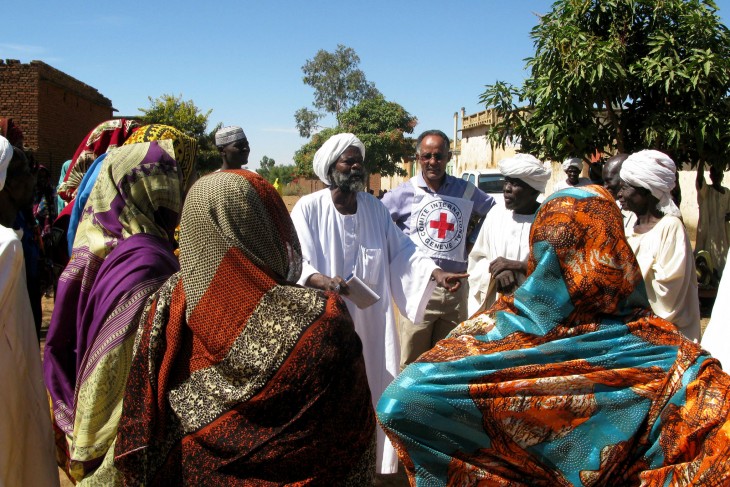 The local leader (Omda) of Golo speaks to his people about his appreciation on the direct distribution of the essential household items. CC BY-NC-ND/ICRC

A woman named Hawa raised her strong hands in the air to give thanks, saying, "It's getting colder by the day in the mountain, and I only have one blanket to cover my three children with. Now I will be warm at night too."

After the distribution, a few women overwhelmed with joy and a new logistics dilemma, were discussing how to carry the items home. Some women had walked up to 20 kilometres to get to the distribution point. "You can borrow my donkey," said Zahra to her neighbor as she helped pile blankets and mosquito nets on top of her head. 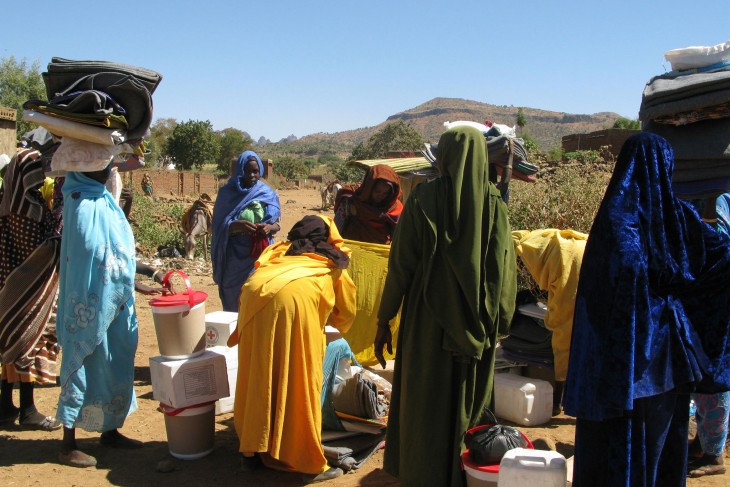 Women beneficiaries prepare to carry their packages to their homes. Some walked over 15 km from 133 different villages around Jebel Marra to get to the ICRC distribution point in Golo. CC BY-NC-ND/ICRC

Most of the beneficiaries were elderly women. Many men in the region had either been killed during conflict or fled the area. Some women were victims of the conflict, too. "I was running too but was shot in the leg," said Um Hagain, 47. She explained how she could not run as fast as others because her mother was too old to keep up. "My eldest son has left for Khartoum, but will send for us once he starts earning," she said.

The head of the local ICRC office in Zalingei, Sharafeldin Mohammed, stood among the people receiving assistance and beamed. "We are so happy with the distribution. It is heart-warming so see all these happy smiles." 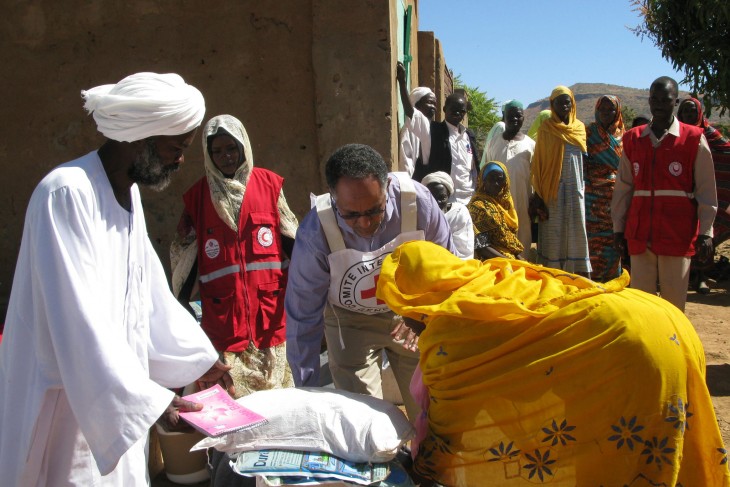 The ICRC has started distributing essential household items in Golo, Central Darfur, to some 1500 returnees and internally displaced families, jointly with the SRCS. CC BY-NC-ND/ICRC

SRCS volunteers were especially enthusiastic as they tirelessly spent the entire morning making the distribution a success, even refusing to take a lunch break until they had completed the first day of the week-long distribution.

The distribution was the first carried out by ICRC in Golo in more than ten years. The ICRC teams carried out the assistance distribution after being granted access by the Sudanese government to resume its humanitarian field activities.