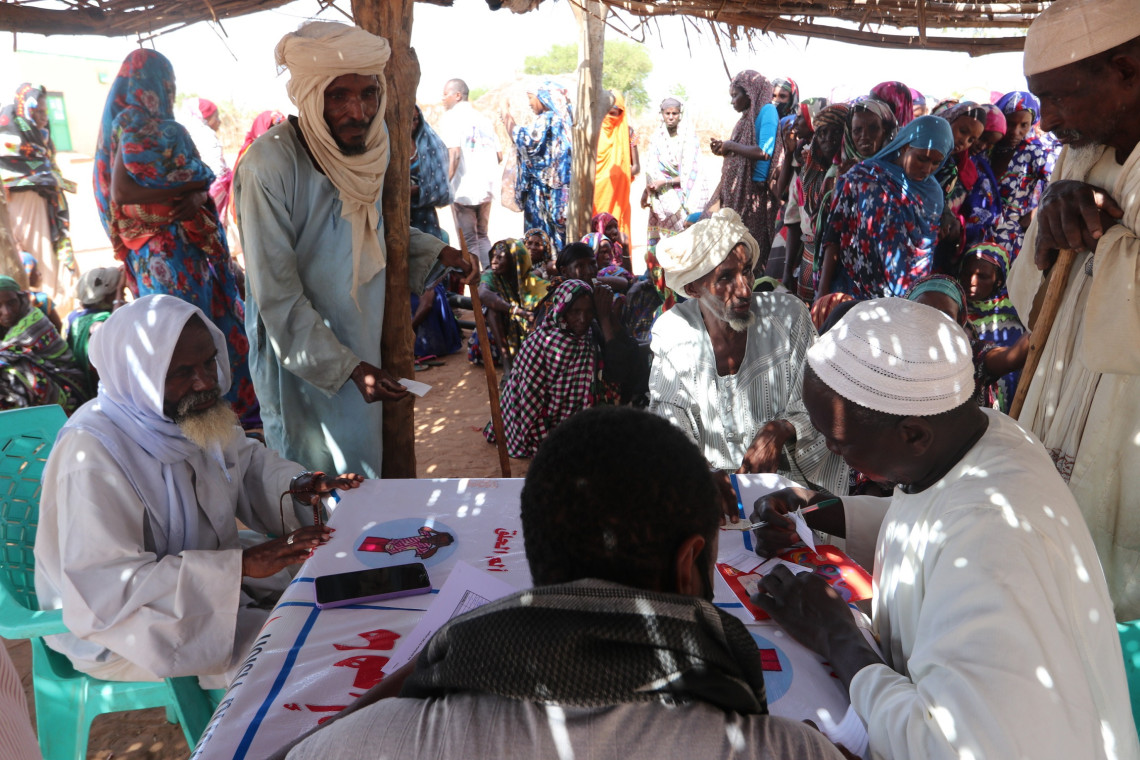 Sudan: A journey of seven months on foot

“I came from Bambari on a journey that took seven months by foot,” said Alhaj Jibril, a 32-year-old father of 10, who arrived in Sudan in early this year.
Article 19 September 2022 Sudan 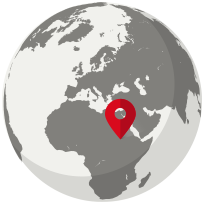 He is one of the thousands of people who fled violence in the North of Central African Republic and came to Alradom, a remote village in South Darfur, to start a new life.

"I was a herder. Now I work as an herbal healer, but around here it is difficult to make money because the local community lives in poverty," adds Alhaji. 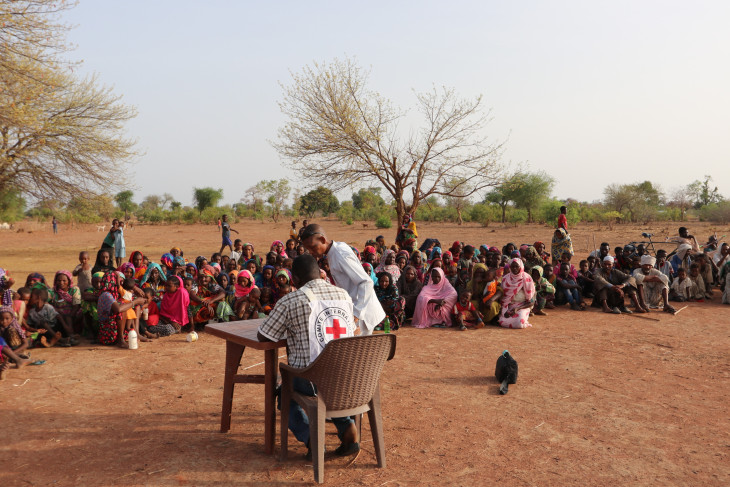 Alhaj Jibril, at a distribution centre in Darfur, Sudan

When refugees arrived in Alradom, they were hungry and exhausted and couldn't find any food or shelter, the area had been ravaged by decades of armed conflict. For months people have lived in the open until they started making tents with local materials and settled in. Finding water is a difficult task, and people are forced to walk for at least four hours to reach the nearest source, which animals use as well.

Access to healthcare is also difficult, and the closest small nearby clinic lacks essential medicines and equipment.

But, for many, the biggest worry that weighs heavily on their minds is the absence of news from their loved ones. There is no telephone network connection in the area, and during the rainy season the roads gets flooded, and the place becomes isolated.

"I have no clue about the fate of my family. Especially my parents", Alhaj says.

I hope they are in a safe place, but I haven't had any news from them for months.

The refugees and the host community belong to the same herders' tribe and share traditions, customs, and language. Alhaj and his fellow countrymen were welcomed in Alradom and can work and use water sources. Nevertheless, they received little support because residents have little resources to spare.

Alhaj volunteered to help the ICRC team distribute essential household items to 2000 refugee families, as well as to residents who returned to the area after a displacement across seven areas in South Darfur state in Sudan.

This was a quick response to help people who lost their houses due to the war before the rainy season.

My community is still suffering, not getting the help they need.

"So, I have decided to volunteer with the ICRC and assist in distribution of food and shelter.