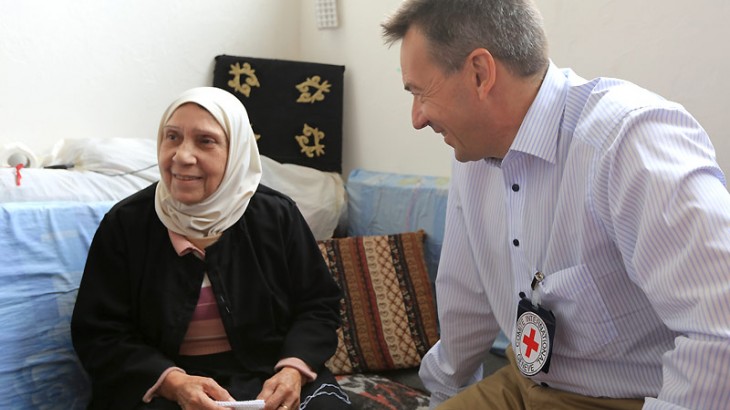 Geneva/Damascus (ICRC) – The scale of the crisis in Syria, with millions of people affected, is staggering, and parties to the conflict must do more to protect civilians, including health workers and detainees, said ICRC president Peter Maurer at the end of a three-day visit to the country.

"Safe access to health care, restoration of contact between members of families separated by the conflict, issues related to detention, and the need for all parties to meet their obligations under international humanitarian law: these are urgent concerns for all Syrians, regardless of where they live, and I addressed them during my talks," said Mr Maurer.

While in Damascus, Mr Maurer met with a number of Syrian officials, including the ministers for foreign affairs, the interior, national reconciliation affairs, social affairs and health, and the head of national security, to discuss concrete ways for the ICRC to broaden its humanitarian response, already significant, throughout the country.

Mr Maurer also met with displaced civilians near Damascus, and with the president and other senior officials of the Syrian Arab Red Crescent, with whom the ICRC works closely across the country.

Syria is the largest ICRC operation in terms of resources allocated. Over 285 staff members are based in offices in Damascus, Aleppo, and Tartus and work closely with the Syrian Arab Red Crescent throughout the country. The ICRC is also assisting Syrians who have had to flee to Jordan, Lebanon or Iraq because of the violence.