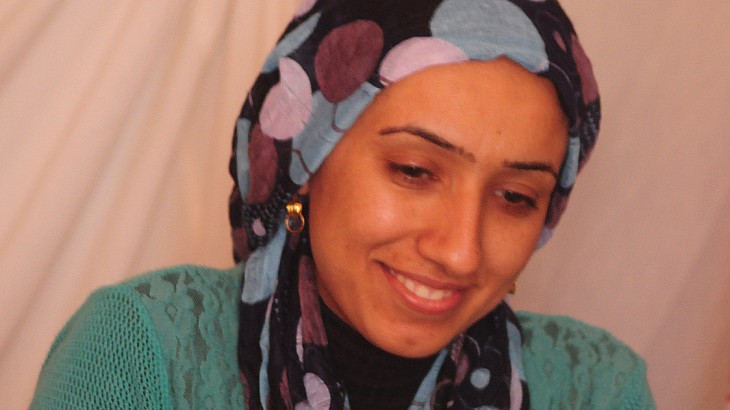 As the world marks International Women's Day this Sunday, the International Red Cross and Red Crescent Movement calls for greater efforts to protect and support women and girls, who are exposed to multiple forms of violence due to the conflict in Syria and who badly need access to critical healthcare services. Women are playing a vital role in helping families and communities survive this enduring trauma, now entering its fifth year, and they deserve far greater support and encouragement.

Examples of women's coping power during crisis can be seen anywhere people have found refuge from the fighting. At a makeshift settlement of refugees in Ketermaya, Lebanon, for example, 14-year-old Nejmeh teaches reading, writing, math and science to a lively group of young children. This resilient young woman from the outskirts of Damascus offers these open-air lessons as a small and positive distraction for young children, some of whom have now spent half their lives fleeing the horrors of war. "I hope that giving them an education will help them forget about their problems and about losing their loved ones," she explains.

Several hundred kilometres away, 44-year-old mother of four Kadija struggles to provide for her family as a refugee in Erbil, Iraq, where more than 80,000 Syrian refugees live wherever they can find a welcoming roof: in garages, unfinished buildings, informal settlements or small apartments. "We are surviving because our Iraqi neighbours are cooking at least two or three times per week for us," says Kadija, a widow who finds odd jobs to support her family. "But it's not enough. Every day, I must find a way for my children to survive."

These are just two examples of women coping with the extreme hardship caused by the four-year-long conflict in Syria, which has displaced roughly 8 million people within the country and caused some 4 million to seek safety elsewhere (mostly in neighbouring Iraq, Jordan, Lebanon and Turkey). Among them are some 4 million women and teenage girls, many of whom are now heads of household or breadwinners in families that have lost husbands, fathers and/or sons.

Meanwhile, access to health care that is appropriate for these women and girls is extremely limited just when their own health, and that of their families, is particularly fragile. Nonetheless, women often serve as the backbone of family and community resilience by keeping their families healthy, nourished and whole.

"Women are absolutely pivotal in giving hope and ensuring that their families continue to cope in the most challenging situations," says Tadateru Konoé, president of the International Federation of Red Cross and Red Crescent Societies (IFRC). "We must take heed of their plight and ensure that they are supported through all means necessary."

One critical form of support is to ensure access to basic health services. "Often, the greatest health impacts caused by conflict are not the wounds inflicted by bullets and bombs, but the secondary health effects caused by displacement, contamination of water supplies, poor nutrition and the disruption of health services," says Peter Maurer, president of the International Committee of the Red Cross. "Along with children, women suffer disproportionately as their health needs are rarely met in the daily struggle for basic survival."

Among the 12 million people who have fled their homes due to this conflict, for example, roughly 500,000 are pregnant women who are at risk due to malnutrition, lack of access to proper obstetric care and other factors.

The Movement also calls on all parties to the conflict to respect and protect staff and volunteers for National Red Cross or Red Crescent Societies and other humanitarian organizations — many of whom are women. Of the 40 Syrian Arab Red Crescent and seven Palestine Red Crescent volunteers killed since the conflict began, three were women.

In their humanitarian operations in the region, the ICRC and IFRC work with Red Cross and Red Crescent Societies in the affected countries to provide a range of support from food deliveries, to cash cards for buying food and supplies, to first aid, emergency medical transport, health care and income-earning projects to help people once again provide for themselves.

Where such support and protection is available, many men and women have been able to take greater control of their lives. One such example is Siba, a mother and head of household who fled fighting in northern Syria to Turkey. "I had to help my family, so I took Turkish lessons," explains Siba. "After seven months, I started working for a telecom company and then in a hospital as a translator."

In the face of any crisis or disaster, the Red Cross and Red Crescent Movement is committed to further empower women to respond to their own needs and to prioritize the protection vulnerable women and girls in countries and communities around the world.

For further information or to set up interviews contact;