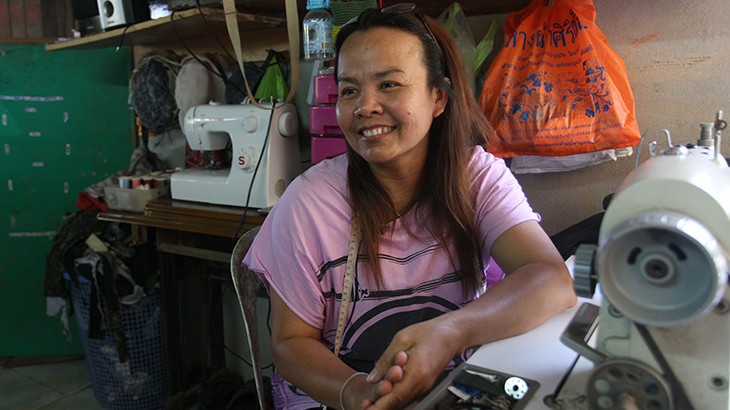 Nopharat, who was badly injured after being shot, was provided with a sewing machine by the ICRC so that she could work from home. CC BY-NC-ND / ICRC / Abdul Mano

Unrest in Southern Thailand continues to affect countless families. Many lives been turned upside-down by the loss or detention of a family member (often the breadwinner), or loved ones needing care for injuries resulting from the unrest.

Nopharat Sani and Wanphen Inthongkaew have lived in Tambon Thung Phala, Kok-pho district, for over 40 years. The sisters would often ride their motorbikes together to the nearby market.

They vividly remember the day that changed their lives.

In April 2013, Nopharat and Wanphen were on their way to go shopping when they were shot. Both women were instantly thrown from their motorbikes to the ground. Nopharat was hit on the right hip, and Wanphen on the right leg. They were quickly taken to Pattani Provincial Hospital for emergency treatment.

Under these unfortunate circumstances, the sisters had their first encounter with the ICRC.

"I didn't know how the ICRC knew that I was injured. But then they told me that they follow all the incidents in the southern border provinces. They had heard the news of my attack and came to visit," recalled Wanphen.

"At first, I couldn't work; for the first six months I was at home. My financial situation got very bad. Since receiving financial help from the ICRC, it has gotten much better."

"In the past, I couldn't make deserts at my food stand because I didn't have the equipment. When the ICRC brought me an ice crusher, it helped me financially. I used to make 100 Baht – now it's 200. It's not enough to save – my children still have to go to school. But it's enough to cover my expenses." 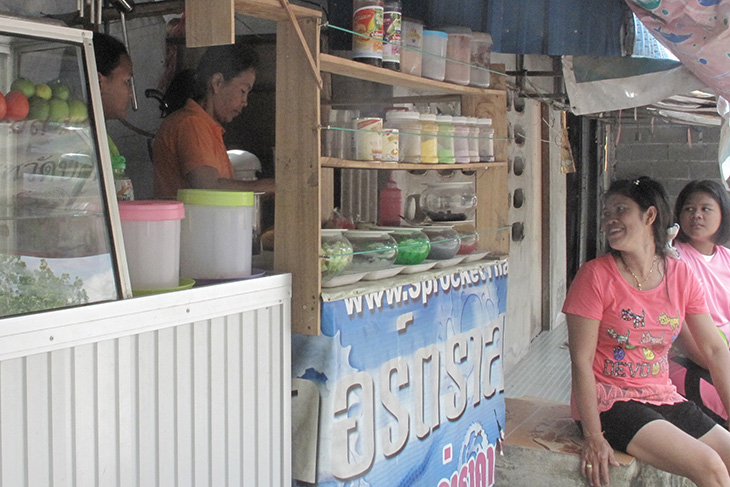 Wanphen, at her small food stand in Kok-pho district in Thailand, received financial support from the ICRC after being shot and seriously injured. CC BY-NC-ND / ICRC / Kanya Chimroylarp

Nopharat's condition was much more serious. After being shot, Nopharat was unable to walk for nearly eight months. Today, she suffers from her long-lasting injuries.

"When I was in hospital, the ICRC came to visit, but I wasn't really conscious of who was visiting me at that stage. They not only re-visited me in the hospital but they also followed up when I was discharged and back at home," recounted Nopharat.

"They came to see what work I was doing, to understand if it was sustainable - and then they enabled me to make a living."

Nopharat received a sewing machine from the ICRC and now works as a seamstress from home, resuming her normal life as much as possible – despite her ongoing challenges.

In 2011, the ICRC launched a Micro-Economic Initiative programme to restore the livelihoods of people directly affected by the unrest in Thailand. The programme provides people with financial assistance to start simple business activities, so they can generate an income for themselves and their families.