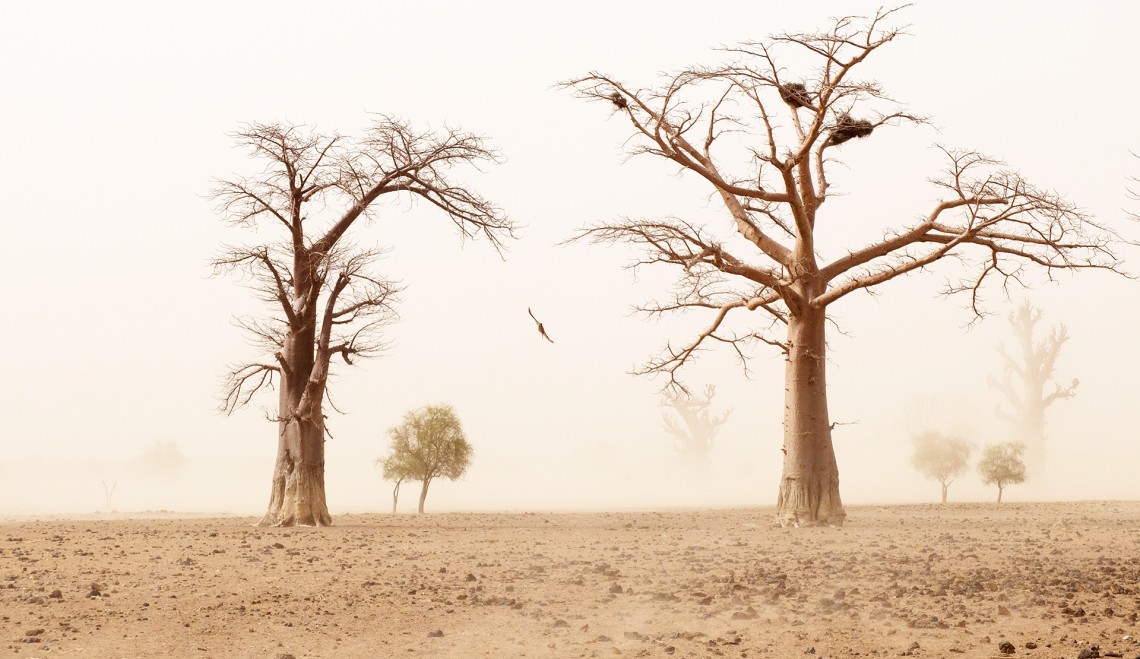 Guidimakha is a region in southern Mauritania, bordered by Senegal and Mali. Like elsewhere on the continent, young people leave Guidimakha for other African countries or Europe. Sometimes their families lose touch with them and are left with no news, fearing the worst. The ICRC and the Mauritanian Red Crescent visited the region to meet several families whose sons disappeared in the same shipwreck in the Mediterranean.
Article 22 August 2018 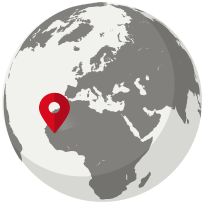 "Is my son alive or dead?" murmurs Gauthiery. Opposite her, ICRC staff and Mauritanian Red Crescent volunteers have no answer. But they are here, in the village of Melga, to help this mother find out what happened to her son, who went missing three years ago. Gauthiery remembers her son's last phone call from Libya, where he was just about to board a rickety boat for Italy. She's heard nothing since. She also remembers the terrible shipwreck that happened the same day. It was 18 April 2015. The sea claimed a terrible toll that day – more than 800 people of various nationalities drowned. In spring 2016, one year later, the Italian authorities decided to recover the wreck to identify the remains and bury them in dignity. "Here, 27 of our missing community members can be traced to that boat that went down on 18 April," laments Dembo Thiaye, major of Baydjam municipality, in Guidimakha.

All the missing are young men.

American psychologist Pauline Boss coined the term "ambiguous loss" to describe the pain and uncertainty experienced by families with missing loved ones. Dead or alive? The families are caught between these two extremes. Between life and death, hope and despair; the unbearable wait for an answer that may never come.

Is my son alive or dead?

Helping these families find answers is central to the humanitarian mandate of the ICRC and National Red Cross and Red Crescent Societies.

“Is my son alive or dead?” murmurs Gauthiery. “If he’s dead, it would be a relief to know where his final resting place is.”

Ala Koné, 23, is already the head of his family. He hasn’t heard from his older brother since a phone call in 2015: “Be brave and take care of the family.”

For over a century the International Red Cross and Red Crescent Movement has been helping the families of people who go missing during conflicts, other violence, natural disasters and migration. This work is part of our wider efforts to reconnect families and trace missing people, a long and arduous task, which sadly does not always give families the answers they seek. To carry out this work, we work closely with the authorities.

The ICRC stands ready to support authorities' efforts to prevent migrants from going missing, determine what happened to missing migrants and help their families. We strive to improve the collection, centralization and management of data about missing migrants at national and transnational levels. To this end, we help forensic services to recover, document and identify the remains of dead migrants and ensure they are buried with dignity. What's more, to prevent migrants from going missing, we work with National Red Cross and Red Crescent Societies to help migrants reconnect and stay in touch with their families throughout their journeys.

The visit begins with a meeting with the village chiefs and family heads to explain what can be done to help them find out what happened to their missing loved ones.

Joyce from the ICRC and Ndiaye from the Mauritanian Red Crescent talk to siblings about their missing brother. Such conversations are hard but essential to collect information about the missing.

"Every life lost in the shipwreck was a person with a story, a family, children," says Mohammed Abdine from the Mauritanian Red Crescent. "Their families are poor and vulnerable, and they have great expectations." Beyond the psychological suffering, the disappearance of a loved one tears apart families and the social fabric of communities. It can have severe economic, legal and administrative consequences for the families. The young men who disappeared often left behind wives, children and elderly parents who depended on their earnings to survive. "This region has paid a heavy price," stresses Moussa Elimane Sall from the ICRC delegation in Mauritania, who organized the mission. "It's hard for the older generation to see these young people embark on such dangerous journeys." The young men who leave are often sons of herders or farmers – increasingly tough occupations in a region ravaged by the slow desertification of the Sahel. This year has seen the worst drought since 2012.

"Every life lost in the shipwreck was a person with a story, a family, children. Their families are poor and vulnerable, and they rely heavily on us"

Salimata is the wife of the chief of Boki Diamé village. Four members of her family are missing, including her son.

Families start searching as soon as one of their members goes missing. The search is often long and arduous. "We are blind. You are our guides." That's what families often say to us. This visit today, conducted with the agreement of the Mauritanian authorities, brings the families new hope that they will get answers at last. In total, 40 families from the Guidimakha region spoke to the team, who collected information about their missing relatives as well as DNA samples. "Only by comparing the information collected about the remains and the information provided by the families can we identify the dead," explains José-Pablo Baraybar, forensic anthropologist at the ICRC. "In the case of this shipwreck, the DNA samples are vital to put names to the remains and bring the families answers." In Milan, a team of forensic scientists at the Labanof Institute collects post-mortem data and DNA samples from the remains recovered from the wreck. Conscious of the extremely sensitive nature of the information contained in DNA, the ICRC ensures that the families' DNA profiles are anonymized and communicates only the information strictly necessary for identification purposes.

The visit to Guidimakha was carried out as part of a tripartite agreement signed in January 2017 by the ICRC, the Italian Red Cross and the Italian government's Special Commissioner for Missing Persons. This agreement specifies that the ICRC's role is to collect information from the families of missing migrants, in the hope of identifying bodies recovered from several shipwrecks by the Italian authorities, including that of 18 April 2015. The Italian Red Cross centralizes and analyses all the information collected from the families by the ICRC and other Red Cross and Red Crescent Societies all over the world, before passing it on to Italy's Special Commissioner. 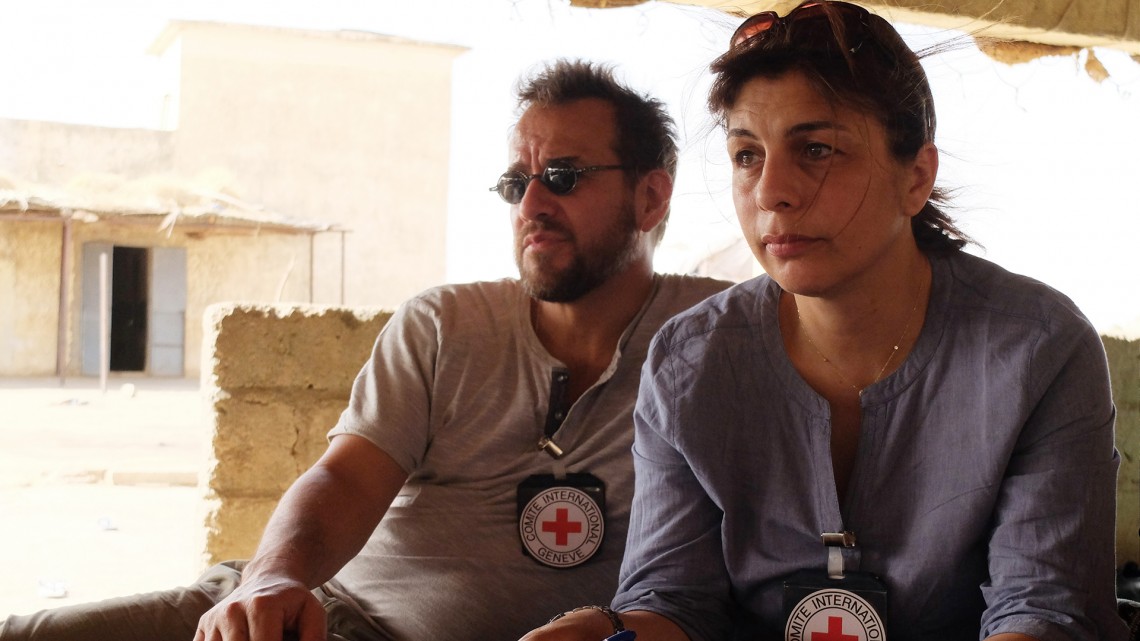 Of course, Mauritania is not the only country affected by this shipwreck. The ICRC, with the support of National Societies, is trying to identify families affected in other African and European countries. "Identifying bodies in Italy is extremely complex," explains Angela Valenza, who is in charge of the ICRC's project on missing migrants. "Collecting ante-mortem information from the families can help the process, but it is a real challenge to track them down. And because the bodies and the families are not in the same country, we rely on transnational cooperation between the different countries."
"Despite such incidents, young people still want to go," remarks Moussa Elimane Sall. There will therefore be more missing migrants, and more families affected. For the ICRC today, our humanitarian objectives are threefold: prevent as many migrants as possible from going missing; help the families to search for their missing loved ones; and treat the remains of dead migrants and the families affected with dignity.

Mamadou came with his grandson but not his wife: “It’s too hard for her.” Their son used to keep livestock and raise his three children in the village, including this little boy. They don’t know what happened to him after he left.

The ICRC calls on States to do three things

Facilitate the search for and identification of missing migrants

Address the specific needs of families  of missing migrants

Missing Migrants and their Families – The ICRC's Recommendations to Policy-Makers

Senegal: Helping families of missing migrants (in French only)

Trace the Face: An online tracing service for people looking for missing migrants in Europe

Living with Absence: Helping the Families of the Missing

Migration: Our Work in Europe and Africa