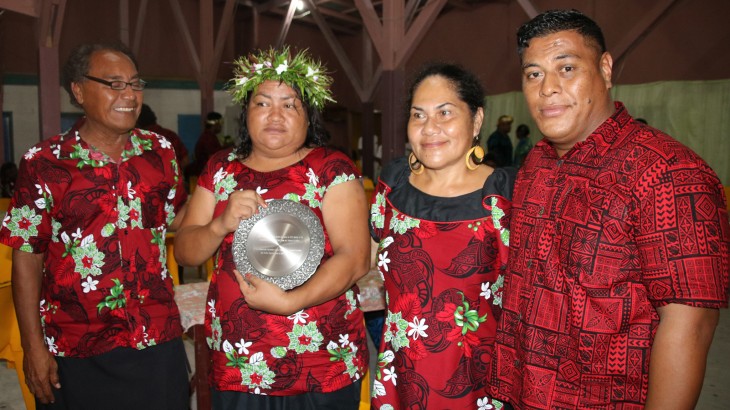 Tuvalu. Tuvalu Red Cross Society board members, staff and volunteers pose during the event held to mark recognition of their National Society.

Tuvalu was a hive of activity on 1 March as the Tuvalu Red Cross Society (TRCS) celebrated its recognition as part of the International Red Cross and Red Crescent Movement. The celebrations were attended by the governor general, the prime minister, cabinet ministers, staff, volunteers and the public.

The TRCS was established in 1981, 35 years ago. Recognition acknowledges that the TRCS has demonstrated that it works according to the Fundamental Principles of the Movement and the Geneva Conventions. Support from the people of Tuvalu community, the efforts of many leaders and help from Movement partners have made the TRCS the strong organization it is today.

A joint assessment mission of the ICRC and the International Federation of Red Cross and Red Crescent Societies in September 2015 concluded that the TRCS had fulfilled the conditions for recognition as the 190th National Society of the Movement. Following the assessment mission, the Assembly of the ICRC recognized the TRCS, an event celebrated in December 2015 at the International Conference in Geneva, which the TRCS was attending for the first time.

The celebration in Tuvalu was attended by the head of the ICRC's regional delegation in the Pacific, Fred Grimm, who was joined by the International Federation's head of operations for Asia and the Pacific, Martin Faller, and a representative from the Australian Red Cross.

Fred Grimm congratulated the people and leaders of Tuvalu on the recognition of their National Society and pointed out that many people had worked hard to get the Tuvalu Red Cross recognized and to make it the professional organization it is today.

"We stand in solidarity with our partners in the Red Cross and Red Crescent Movement and contribute to the efforts of the Movement during natural disasters, especially the effects of climate change. We are committed to continuing our support to the National Red Cross and Red Crescent Societies, like the Tuvalu Red Cross, so they can become stronger organizations in the service of humanity," he said.

The ICRC supports the communications and dissemination programme of the Tuvalu Red Cross Society. A full-time communications officer is being recruited, who will be trained and supported by the ICRC.

TRCS president Tafue Lusama mentioned in his speech that "the TRCS struggled for many years to be recognized and to be included in the International Movement, but we did not give up." He continued: "We would like to acknowledge the tremendous contribution of the Tuvalu government, their support and their willingness to recognize the contribution of the TRCS to the national life of the country."

The celebration was also a moment to praise the previous secretaries-general and presidents of the TRCS. All speakers recalled the determination and good work of the late Olioliga Iosua, the former Secretary General who passed away in January 2016. 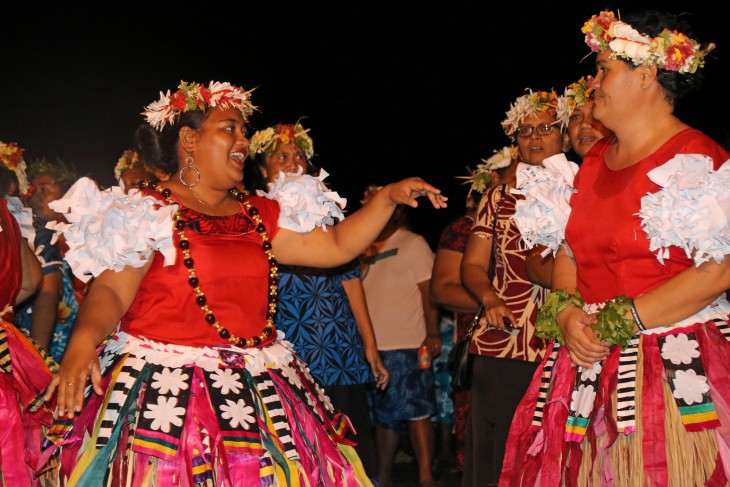 Tuvalu. Women perform a traditional dance as the community of Tuvalu joins in the celebrations.

The prime minister explained that the government was supporting the Tuvalu Red Cross Society, adding that Tuvalu was focusing on ways in which people were vulnerable and on building resilience. He pointed out that the country was looking for partnerships with those who could help the TRCS with these priorities, emphasizing how much more difficult it was becoming to obtain international grants, with more conditions attached than before. He asked the Red Cross delegation to give special consideration to small Societies like the Tuvalu Red Cross Society.

The ICRC submitted to Mr Sopoaga a model instrument for accession to the Additional Protocols to the Geneva Conventions, for which Tuvalu has had the implementing legislation in place since 2013. The PM instructed the assistant secretary of the ministry of foreign affairs to follow up on this quickly.

The health minister briefed the Red Cross delegation on Tuvalu's national health strategy, a strategy that includes a clear role for the TRCS. He also confirmed the commitment of the ministry of health to work with the TRCS, especially as regards the sharing of resources in the outer islands.