Ukraine: Caring for the dead 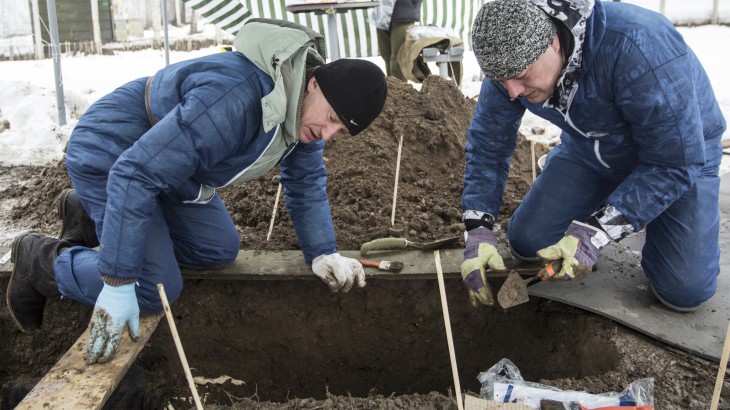 Participants at an ICRC workshop inspect simulated remains found during a training exercise at a military base in Kiev. CC BY-NC-ND / ICRC

Recovering the bodies of people killed in conflict and handling them with respect is essential, in Ukraine as in every country. Forensic personnel play a vital role, and the ICRC is supporting forensics work in Ukraine.

When people die during an armed conflict, their bodies must be managed respectfully. They must be found, recovered, documented, identified and properly buried.

Why is forensics important?

The bodies of people who die during a conflict are not always handled with dignity and respect, and yet the dead are so important for families and communities.

Hazards such as mines or shelling mean that bodies are sometimes left unburied on the battlefield. When they are collected it is important to identify them, or at least to bury them in a dignified manner and in such a way that they can be identified later. This is where forensic expertise is valuable.

Handling dead bodies during a conflict is difficult. It usually means adjusting procedures, and there will be a need for coordination between forensics personnel, investigators and the armed forces. We have seen in other countries how deficiencies in forensic procedures can lead to remains being identified incorrectly or not at all, and to families losing trust in the identification process. In the case of Ukraine, many bodies have still not been found, and many of those that have been found have not been identified. This means that people still do not know what has happened to a family member.

What is the correct procedure?

The first step is to search for bodies and recover them. Data that will allow the remains to be identified must be collected. This includes things like clothes, identification tags, details of the person's teeth and a description of their identifying features (such as tattoos, scars and old fractures). Information should be taken from relatives of missing persons, as should DNA samples, both from them and from remains that are found. But it's important to remember that DNA analysis is only one of the tools that we use.

Finally, once a body has been identified, it can be returned to the family for final burial.

What can help in identifying the body?

The quality and the quantity of information collected are important, and that applies from the moment the body is found. If you miss something at the first stage, you don't get a second chance. Every detail is important, and every object found with the body should be examined and recorded. Identification also requires the collection of information from relatives about the person when they were alive. Finally, this information has to be accessible. That is why the standardization and centralization of data are so important.

What are the main challenges regarding management of dead bodies from the Ukrainian conflict?

The ICRC acknowledges the efforts of forensic authorities in Ukraine, especially as regards collecting and examining bodies. But the sheer scale of events and the number of victims have overwhelmed existing facilities, and we need better coordination between all involved in dealing with the missing and the dead. All sides must agree ways of sharing information, in order to identify bodies and return them to their families. The ICRC has worldwide experience in coordinating this kind of work and facilitating the exchange of information required for identification, and we are always happy to make our experience and expertise available.

We also help explain to families how their relative was identified. My forensic colleagues Petro and Vadym hold meetings with families. These are very emotional moments, where families experience a degree of relief and can start to move forward with their loss. Involving families and properly informing them about the results is very important. We also work with authorities to ensure this is done respectfully. 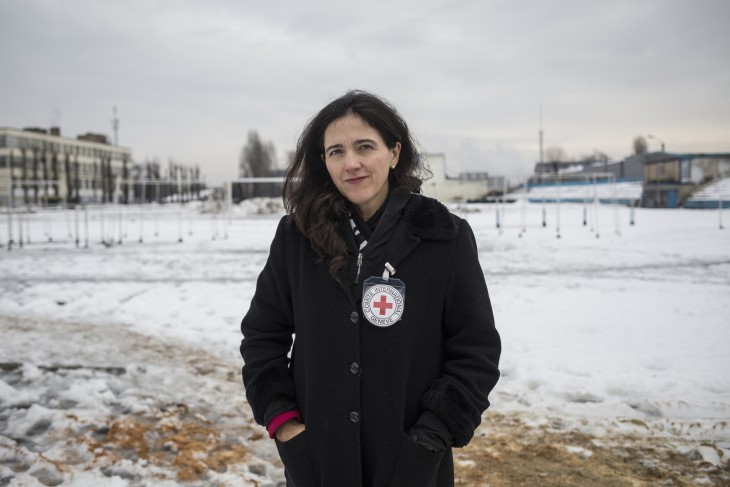 What is the role of the ICRC forensics team in Ukraine?

We're advising and supporting both authorities and forensics personnel in searching for, recovering, analysing and identifying the dead, and we're doing the same for those who are collecting information from relatives of missing persons.

The ICRC is providing training, in order to bring forensic procedures up to international standards. Last July, for instance, we held a workshop on collecting information about possible burial locations and grave site mapping. This was attended by 20 people involved in locating and recovering human remains in Ukraine.

We give advice on exhumation operations and the overall identification process, we support repairs at mortuaries and we donate equipment to all involved in forensics. Finally, we act as a neutral intermediary between the sides, which involves such tasks as transferring bodies or DNA samples and passing information between them.

Are there any rules that regulate the management of the dead?

In addition to local laws on forensics and missing persons, international humanitarian law requires that all parties protect the dignity of the dead and IHL applies in Ukraine. IHL also says that parties must prevent the mutilation or desecration of bodies, and must do everything possible to find, collect and document the dead and, where possible, identify them. International humanitarian law also requires that the remains of people who have died during an armed conflict must be handled with dignity and properly managed. Every person has the right to be identified after death.

What challenges do forensic staff face?

The teams that retrieve the bodies often work in the midst of fighting and under stressful conditions. Forensics staff deal with the most traumatic consequences of a conflict, and also operate under difficult conditions. Their work should be acknowledged and they should have the resources they need.