Ukraine crisis: Uncertainty on both sides of the contact line 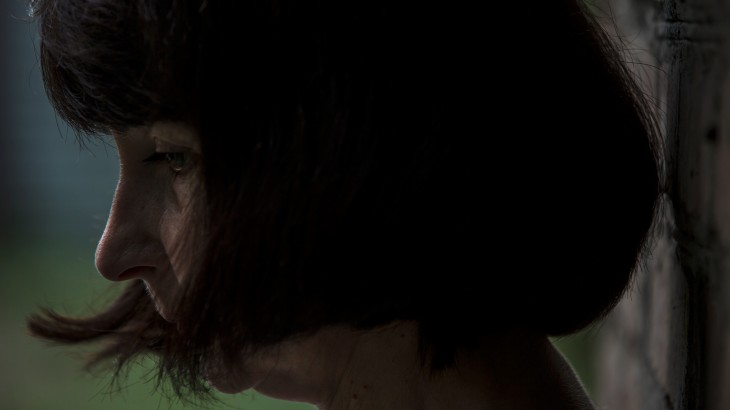 Tatiana stands near the ICRC office where she came to talk about her brother Pasha, who went missing during the fall of 2014. © ICRC / Brendan Hoffman

Mothers, fathers, sisters, brothers and grandparents of the missing on both sides of the conflict in Ukraine cope as best they can with an impossible, wholly intolerable situation.

Waiting to discover what has happened to their relatives means living in limbo, denied the chance to mourn or a reason to stop hoping against hope. This uncertainty has a severe emotional, social and economic impact on the loved ones of the missing. These are their stories.

Tatiana has two brothers. Pasha is the youngest. When Tatiana was a child, as the elder sister, she often took care of the boys. Even as adults they were very close. Tatiana says that Pasha resembles her closely – they are almost like twins.

"Pasha was a very kind person. His colleagues respected him. He was even invited to Kiev and awarded a prize for the best manager at his job. He loved his two little boys so much. He did his best for them and doted on them. Of course, the older son understands the situation, but the little one is constantly crying..."

On top of the disappearance of her brother, Tatiana's husband tragically struck a mine with his car and died.

"This conflict has ruined my whole life."

Tatiana's 80-years-old parents, as well as Pasha's wife and his children all need support. She has been looking for her brother for two years, but the search has brought no results so far. "He has just vanished. I have already checked all the possible morgues and prisons – and nothing... Sometimes I get overwhelmed, and it seems that I am at breaking point and feel absolutely done in. But then I realize – who else will do it if not me? I have not closed the chapter on him yet, so I will keep on searching for him. He will not just appear out of the blue.

Tatiana has no information about Pasha's whereabouts. She has the right to know. 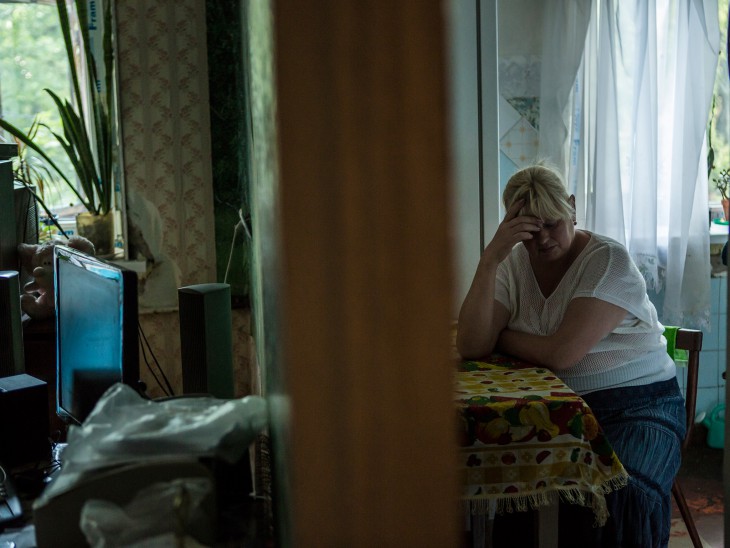 Marina sits in her son Ievgenii's apartment, who disappeared during the summer of 2014.

Marina seldom comes to Ievgenii's empty apartment. She took his cat home to her place. Sometimes she drops in there on her way to work. She devotes all her time to searching for her son. "I travelled a lot, visiting morgues and hospitals. There is no place that I have not visited. Once I got a phone call from a hospital in another town. They told me there was a person who matched my son's description. I set off early in the morning and arrived there by midday. But it was not him, thank God, because that man was already dead. After that I received many phone calls - some people tried to deceive me and get money out of me. Once, I went to Kiev to meet people who assured me that he was there, but when I got there they merely took his photo from me and disappeared, because I didn't give them any money."

Marina believes that Ievgenii is alive and will be found. "I just cannot stay alone. I buried one of my sons in 2010. Now I have lost the second one. Everyone tells me there is no sense in continuing to wait. Let them say that... he will be found. He is alive."

Marina has no information about her son's whereabouts. She has the right to know. 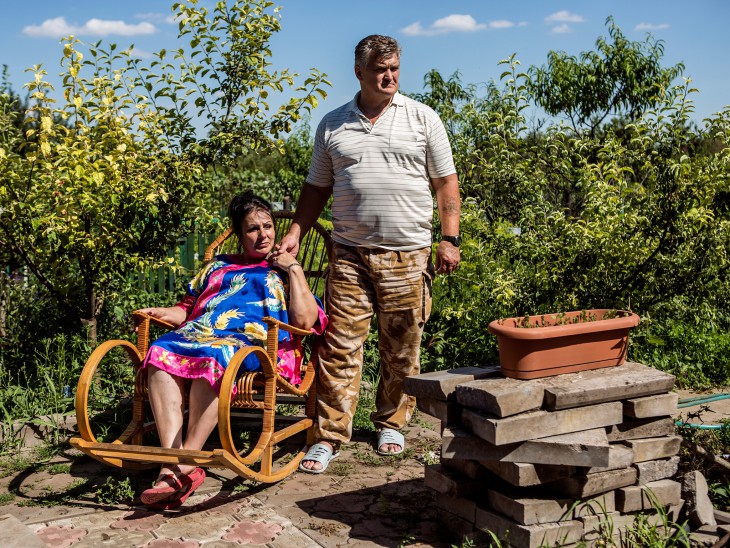 Margarita and Iurii are in the back yard of their house. Margarita sits in a chair and Iurii wears a watch, both gifts from their son Zhenia, who disappeared during the summer of 2014.

Margarita and Iurii are very proud of their son and his gifts. "This watch on my wrist - Zhenia gave it to me in 2010," says his father. "It still works. I haven't even changed the batteries. It may not be a brand-name watch, jewellers may say to me, but it lies somewhere very close to the brand," Iurii adds, a Russian expression meaning 'if not perfectly true, then almost.'

Zhenia turns 30 this year. His parents hope that soon they will be able to see their son, to greet him, shake his hand. "We believe he is alive. Like everyone else in Ukraine, we have grandmothers who read fortunes. They say that Zhenia is alive, just wait... Do you know what it's like, to be called Dad or Mom?" asks Iurii.

"This feeling cannot be explained with words. It is the most precious thing. And then the child disappears, and we do not know where he is. Two years full of uncertainty. The uncertainty it is the worst thing in the world. Do you understand how hard it is for us, as parents? We need to know what happened to our son."

Margarita and lurii know nothing about their son's his whereabouts. They have the right to know. 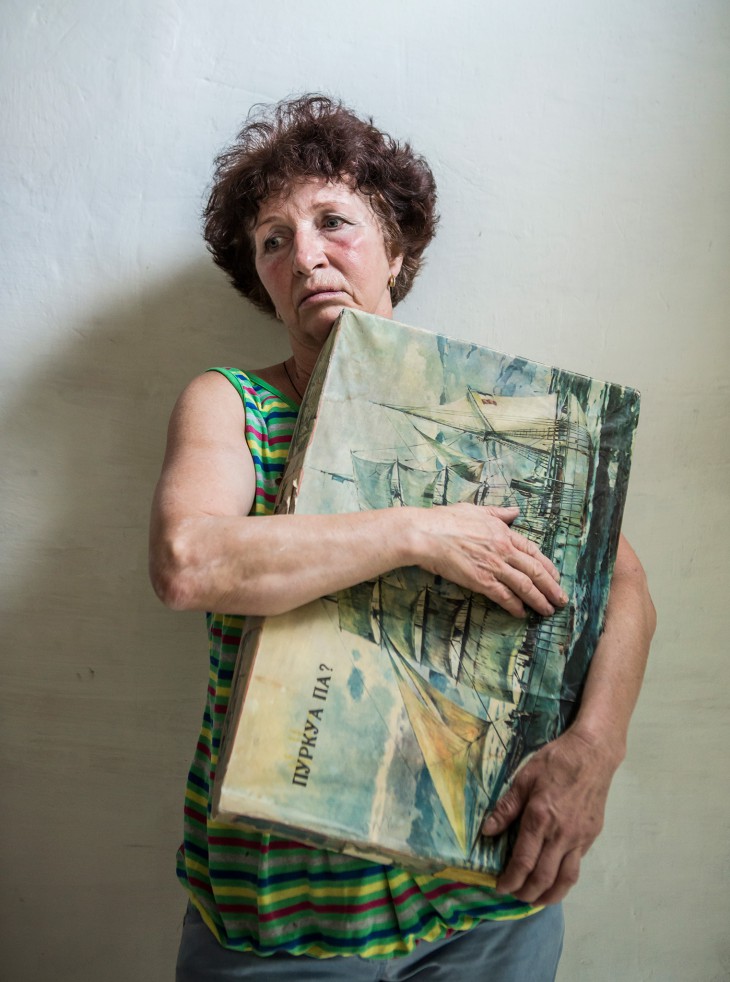 Natalia holds a box that came with a model ship belonging to her son Sasha, who disappeared during the spring of 2014.

Natalia talks about him with admiration. She was very fond of her son, who was always helpful since childhood and who loved to build things. "Sasha joined the young technicians club in 5th grade and came first in different competitions. He made a U-boat with a remote control and wanted to build airplanes and helicopters," says Natalia.

Natalia also has another child, a daughter, Olga. Her husband abandoned them and she had to work three jobs when the children were small. "The salary at school was paid late, I did not receive alimony, and I had to feed the children. So I often left them with their grandmother or alone. That is why they did everything themselves," explains Natalia.

"My children are clever and very close to each other. Sasha learned how to do everything himself. Even as a schoolboy, he knew everything - how to wash clothes and how to dry them, how to hang them up, how to do the ironing. So whenever I had to leave them, I was always calm and confident that he would meet his sister after her music classes, do the shopping, repair something if needed. Whatever you threw at him - Sasha can do everything."

Natalia knows nothing about her son's is whereabouts. She has the right to know. 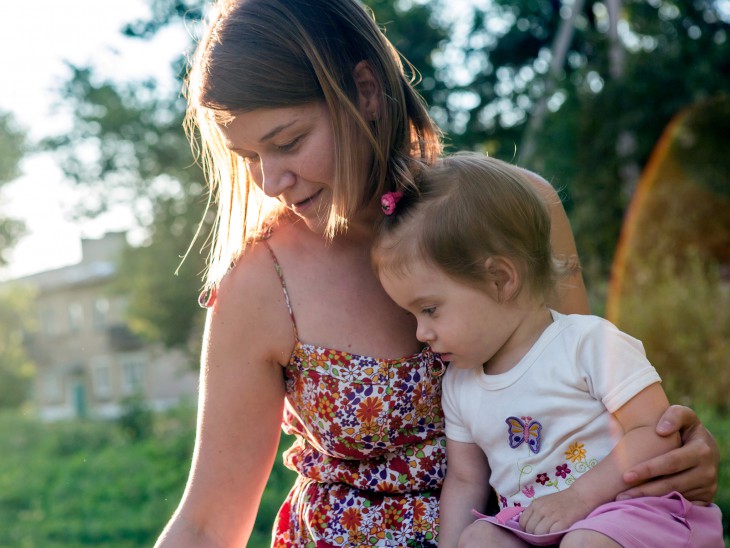 Elena holds her daughter Maria in her arms. Maria's father disappeared during the spring of 2014.

Aleksandr disappeared when Elena was pregnant. Because of the trauma, the pregnancy was complicated and Maria weighed just 1.4 kg when she was born. Now she is a bright and healthy little girl. But she has never seen her father.

Elena found it too hard to speak to us about her husband.

The family knows nothing about Aleksandr's whereabouts. They have the right to know. 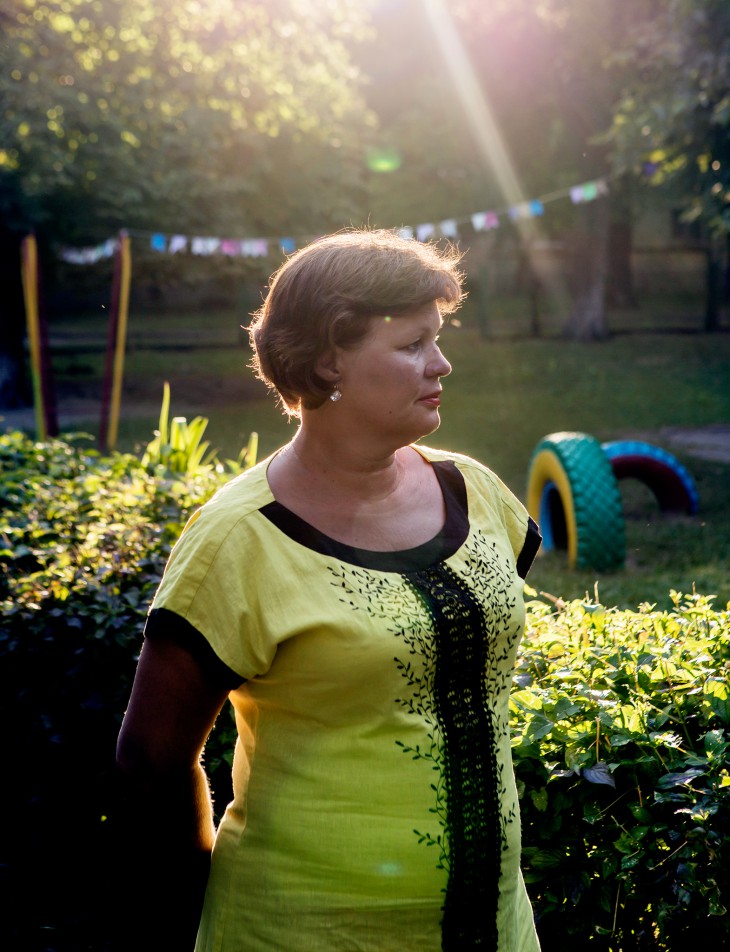 Anzhela at the kindergarten where her son, who disappeared in the summer of 2014, took his first steps in life.

Vladimir was 32 years old when he went missing. What exactly happened to him? His parents, Anzhela and Oleg, can only guess.

Until they find out, Vladimir's seven-year-old son, their grandson, is their comfort. They play with him and take him to the pond near their home where Vladimir and his wife used to go every weekend. Vladimir graduated in marketing management and was working for an international company. He was well respected and had many friends with whom he shared a passion for computer games.

"I cannot accept that he's gone. He just wanted to help our closest friend, who is also his godmother, to find her son. He even did not want to go, but we all wanted him to help take her to where she might have found some information about her own son. It's just inconceivable that they all just disappeared," says his mother, Anzhela. 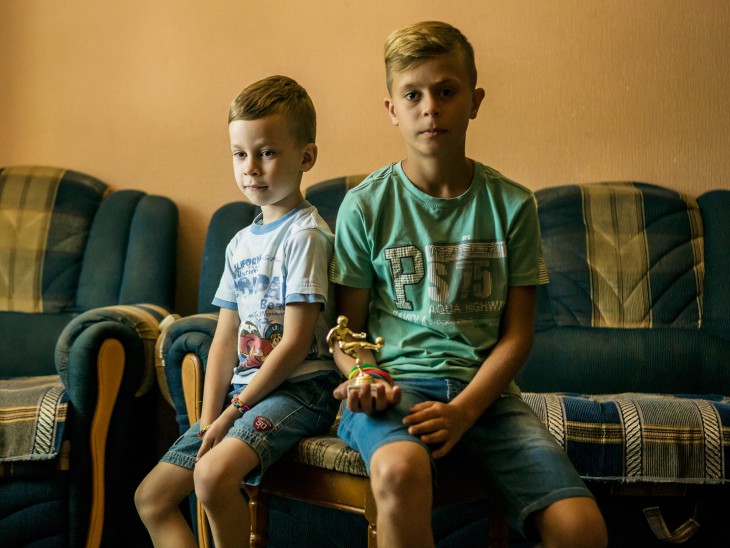 The father of these boys disappeared in the summer of 2014. The oldest son holds in his hand a football trophy belonging to their father Andrey.

Andrey and Oksana were high-school sweethearts. Their first son was born on the second anniversary of their marriage. Soon after that, a second arrived.

"Andrey was 5 years older than me. He was 39 when he went missing," says Oksana. "He was driving a car when I last heard from him." Together with Andrey's sister and her husband, Oksana tried looked everywhere she could think of to find information.

In the meantime, Andrey's family is being supported by his sister and her husband. The children know that their father has disappeared. Nothing is kept hidden from them. The older son is a talented footballer who often wins medals. He knows that his father will be happy with him for doing so well at football when he comes back. The younger son does not really remember his father. The child is still at kindergarten, and likes to draw. His drawings of the family are ready for his father's return.

Oksana and her two young sons have no information about Andrey's whereabouts. They have the right to know. 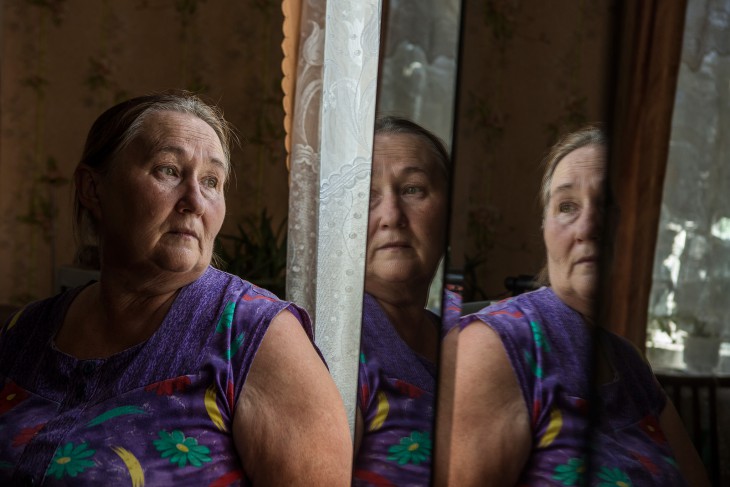 Liudmila looks out of the window of the house she used to share with her youngest son Misha, one of her nine children, who disappeared during the summer of 2014.

Liudmila has five sons, four daughters, and fifteen grandchildren. Misha is her youngest son, who was still living with her and her husband when he disappeared. "Misha is so good, so kind and loving. He was supporting my husband and me. Out of his salary he used to buy candies for the grandchildren, take them to see dolphins and visit the circus. He even once spent an entire month's salary to buy me a dress and a ring," confides Liudmila.

Misha's sister, Dasha, who also lives with their parents, cannot get over her brother's disappearance. "Misha was my dearest brother, he was always there for me. He taught me to drive and to ride a bike. He was always taking me out, introducing me to his friends. He was so good that people often took advantage of him. Girls especially," says Dasha.

"He was working as a security guard and dreamed of becoming a pilot. He tried to get into the flying academy, but unfortunately was not accepted," says Dasha. She shows photos of a young man in his early twenties: fair hair, big eyes, and a beautiful smile. Liudmila smiles back at his photos.

The family has no information about Misha's whereabouts. They have the right to know.