Ukraine: "My husband went to visit his mother. That was the last time I saw him." 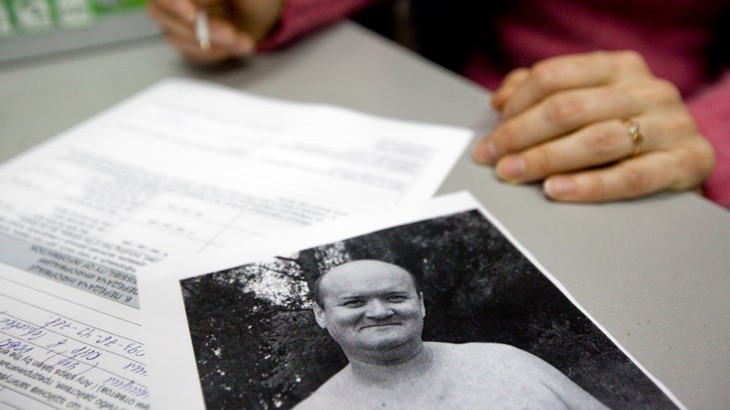 Gorlovka, Victoria Ostrovskaya's hometown, was one of the main industrial centres in eastern Ukraine. But with the sudden outbreak of conflict in the country in April 2014, the inhabitants of Gorlovka found themselves on the front line – and the front pages.

Victoria's husband Mihail lost his job, and Victoria had been struggling to make ends meet. But however difficult life was, it was nothing compared to what lay ahead.

"Mihail's mother is paralyzed and in need of constant care. So, sometimes after we had dinner, around 7 p.m., he would go out to visit her," said Victoria. It was on one of these occasions in early July 2014 that he disappeared. "That was the last I saw of him," she says.

"It was shocking. He disappeared, just like that, no explanation whatsoever. At first I was visiting the police two or three times every day, hoping they would know where he was – that Mihail would be back any minute," says Victoria.

Victoria and Mihail had met 26 years ago, in their first year studying at the University of Donetsk. They were one of those couples who knew they were meant for each other, so when Mihail proposed, Victoria gladly accepted. Almost a year later, Victoria gave birth to a son, who grew up and became a student at the same university.

The parents were proud of their son. Everything was as it should have been. Their story should have lasted at least until they saw their grandchildren graduate or get married, but with Mihail's disappearance, the Ostrovskis' happy life was torn apart in an instant. 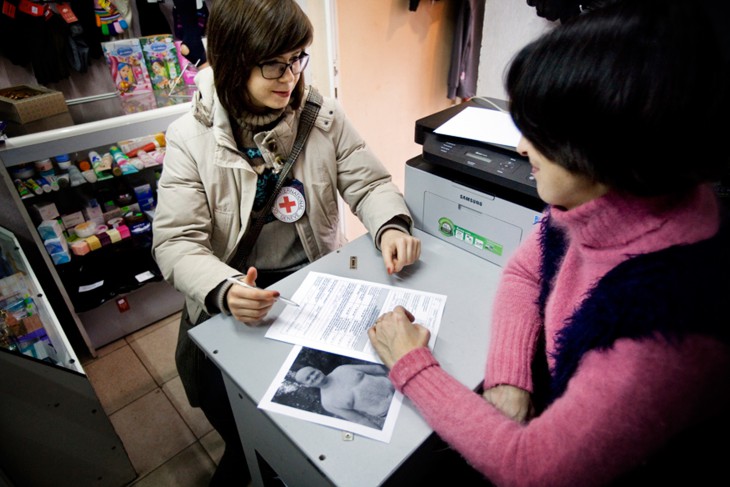 But life did not stop. Each new day brought Victoria hope, but also the struggle of life without Mihail. She had to work to provide for her son and her paralyzed mother-in-law, who she brought to her home so she could take care of her.

With time, rumours about other people who had gone missing started to spread. Victoria heard about cases like hers and decided to broaden her search. "I went to hospitals, even visited the city mortuary, hoping for news, but at the same time dreading what I might learn there."

Mihail disappeared almost two years ago now. But Victoria still nurses the hope that he is alive, somewhere.

"I had heard that the International Committee of the Red Cross are helping to find people. So I called and shared my story with them. They will help me search for Mihail," says Victoria.

In the meantime, her son is trying to help his mother. They run a small perfume shop in Gorlovka, determined to stay despite the uncertainties of life in a town on the front line. Many people have left to seek refuge in safer areas, in Ukraine, Russia and even Belarus.

But Victoria says she cannot leave: "This is where he can find us. Mihail knows we are here waiting for him."

The Ostrovski family shared their story with the ICRC because we are supporting efforts to trace people who have gone missing since the beginning of the conflict in Ukraine. ICRC teams work with the authorities, institutions and anyone who might have information about the fate of a missing person.

Hundreds of families caught up in the conflict in eastern Ukraine have stories like Victoria's. Waiting to discover what has happened to their loved ones means living in limbo, denied the chance to mourn or a reason to stop hoping against hope. This uncertainty has a severe emotional, social and economic impact.

As of today, the families of 430 missing persons who have registered their missing relatives with the ICRC are still looking for them with our help.