Ukraine: The unbreakable thread that binds 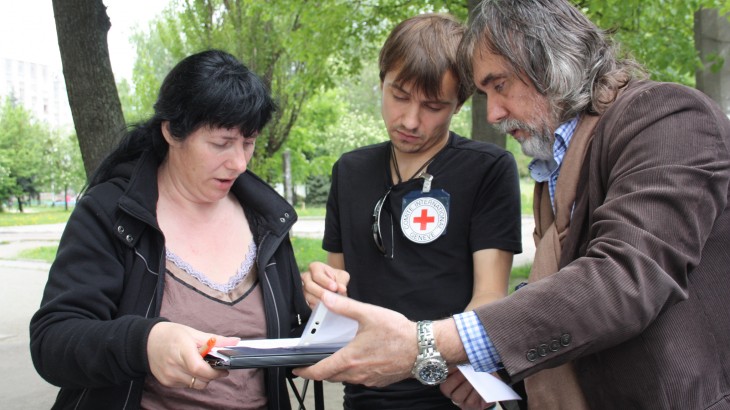 Imagine how it must feel to be separated from a beloved sister for nine years by circumstances beyond your control. And then, when fighting breaks out in the part of the country where she is living, you lose all contact for more than a year because she is on one side of the front line and you are on the other, and the post no longer works.

It is one of the tragedies of war that ordinary people's lives, which are hard at the best of times, are made infinitely worse by the actions of others, sometimes irreparably so.

One recent morning, in the city of Zhytomyr, some 140 km west of Kiev, Ruslana Tkachuk got up as usual and went out shopping. Family members were coming to her house in a nearby village to commemorate the death of their brother some years before, and she had much to prepare.

Almost at the same moment, two ICRC staff, Arkadiy and Valery, were making their way by car to Zhytomyr. They had with them a Red Cross message for Ruslana from her sister Marina, which they had received from colleagues in Donetsk some days earlier. There was only a 'last known address' at the top of the message, and it was open for anyone to read. It contained only a few short sentences, expressing love, and regret at not being in touch. Marina wrote that she was well and hoped Ruslana and the rest of the family were too. That was all.

But it was not the words themselves that mattered. It was the contact that counted, the unbreakable thread that binds families across time and distance, and needs to be expressed. It was a message from the heart, and it hoped for an answer,

When they arrived in Zhytomyr, Arkadiy and Valery set about their search. The address led them to a tall, Soviet-era block of flats, faceless and grey. After tramping up and down several flights of stairs they came to a dormitory-like apartment. Ruslana's young son opened the door.

"My mother has gone to the village," he said. "She won't be back for hours."

"Can we reach her by phone?" the team asked, "We have a message for her that we need to give her personally."

Armed with the phone number, they set off again. But it proved to be a wild goose chase, because when the team got to the village and called Ruslana, she was still in Zhytomyr.

After explaining their reason for calling, they returned to the town, making contact again when they arrived. "I'm at the bus stop," she said. "I'm standing near a fountain. The bus is coming in five minutes."

"There she is," said Arkadiy, pointing, and the car stopped. Ruslana crossed the road. 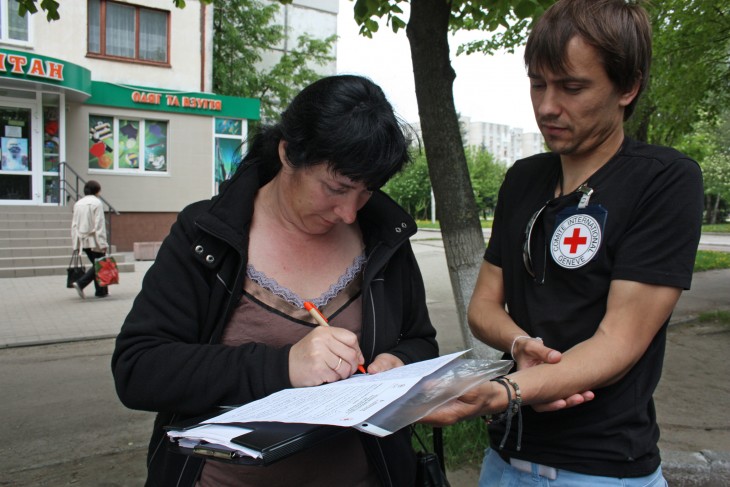 The moments that followed were a mixture of disbelief, astonishment, relief and joy. Ruslana took the message and read it once, then twice, and then slowly it dawned on her that at last the long silence of unknowing was finally over.

"I've sent letters to my sister, but ever since the conflict began last year, they never got through," she murmured.

"I was so worried that she would think we had forgotten her," she looked up, and then gazed at the handwriting again. "Now I know she was thinking about us, too."

When it was explained to her that Red Cross messages are a service the ICRC provides in many countries where it works, helping relatives separated by conflict or natural disaster to keep in touch, she was surprised. "I knew nothing about this!" she exclaimed

"Can I write back to my sister?" she enquired, all thoughts of the bus forgotten.

"Of course you can. That's why we're here," Valery replied.

Dear Sister, at last we are in contact again. We sent you letters but they never got through. We hope you are well.... Ruslana wrote her reply, balancing the message on Arkadiy's heavy folder. "We wanted to send you clothes and food, but couldn't manage to do so," she added at the end. "We are sending our greetings and thinking about you. We love you and miss you. Everyone is well." 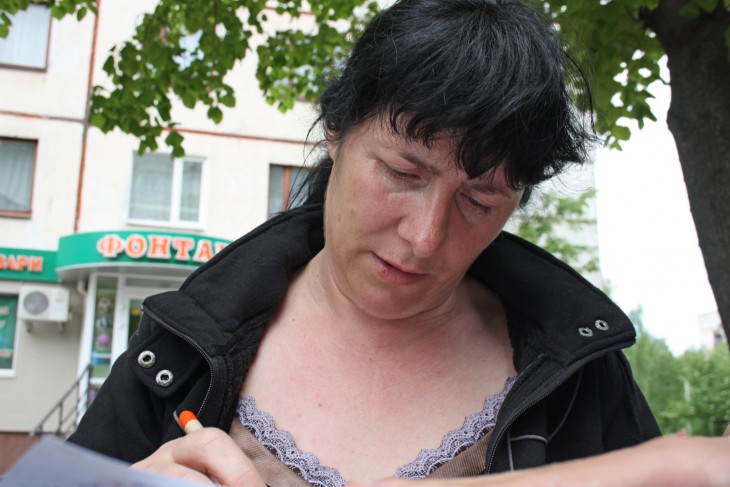 "You know, when you said you had a message for me from our sister and you had to give it to me personally, I thought the worst." Ruslana explained. "Now I know that you make sure messages reach the person they're intended for, however long it takes, and I'm relieved."

Goodbyes were said and laughter shared. Even a few tears. Ruslana left for the village to prepare for the family gathering. 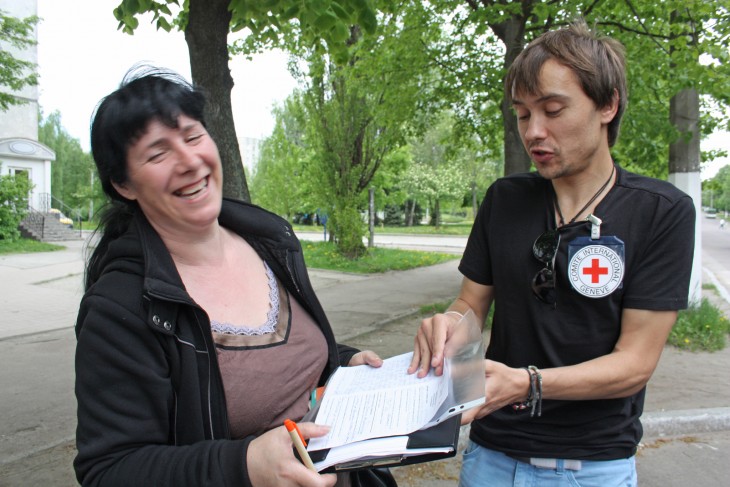 And their sister would, in some small way, be with them as they sat around the table that afternoon raising their glasses in memory of the brother who died. For her message would be on the table, for all of them to read.