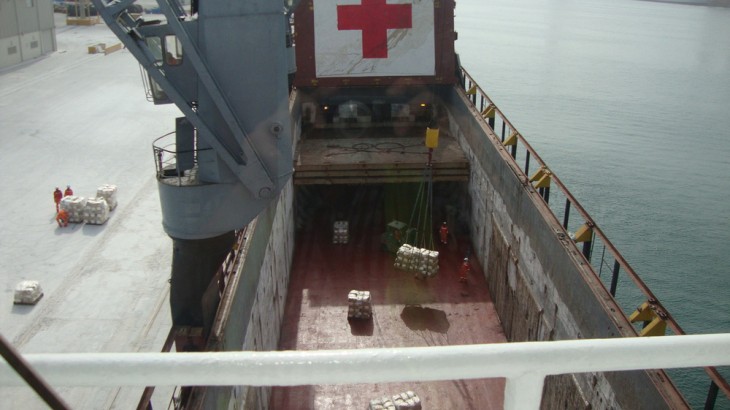 Salalah, Oman. The Stella di Mare takes on food for people suffering the effects of the conflict in Yemen. CC BY-NC-ND / ICRC

Sana'a (ICRC) – An International Committee of the Red Cross (ICRC) ship carrying 1,000 tonnes of food and three large generators has docked at Hodeidah port, in Yemen. The Stella di Mare had left the organization's newly-opened logistics base in Salalah, Oman, on 17 June.

"In view of the economic blockade that affects all the people in Yemen, the arrival of this emergency aid is a welcome development," said Antoine Grand, who heads the ICRC in Yemen. "The food and generators will make a difference for tens of thousands of people directly affected by the armed conflict."

The Stella di Mare left Oman only days after the ICRC's logistics base at Salalah became operational. The base serves as a transit point for humanitarian aid provided by the ICRC and various Red Cross and Red Crescent Societies. The base is intended to help speed up the ICRC response in Yemen.

The food, including sugar, rice, lentils, palm oil, and tea will cover the needs of 140,000 people for 30 to 40 days, and will be distributed in Aden and elsewhere as soon as parties to the conflict provide the ICRC with the reassurances necessary to deliver it safely and impartially. The generators will enable the authorities in charge of water in Aden to keep providing clean water to virtually all residents, at a time when sanitation is rapidly disintegrating across the city. 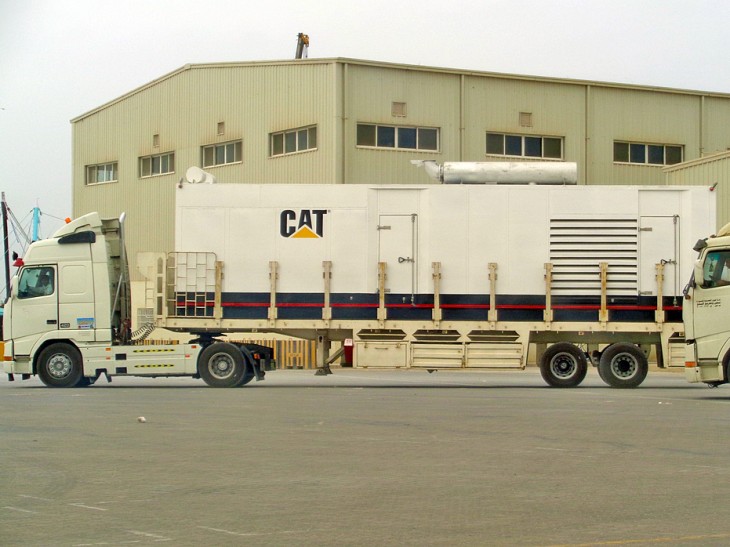 Another convoy is being prepared to take food from Sana'a to Aden and a second ship is planned to make the trip from Oman to Yemen in three weeks' time, security permitting.

"Bringing aid into the country is one thing, being allowed to deliver it impartially is another," said Mr Grand. "We now need parties to work with us to ensure that we are able to deliver the aid we brought from Oman rapidly, and to areas where civilians need it most."