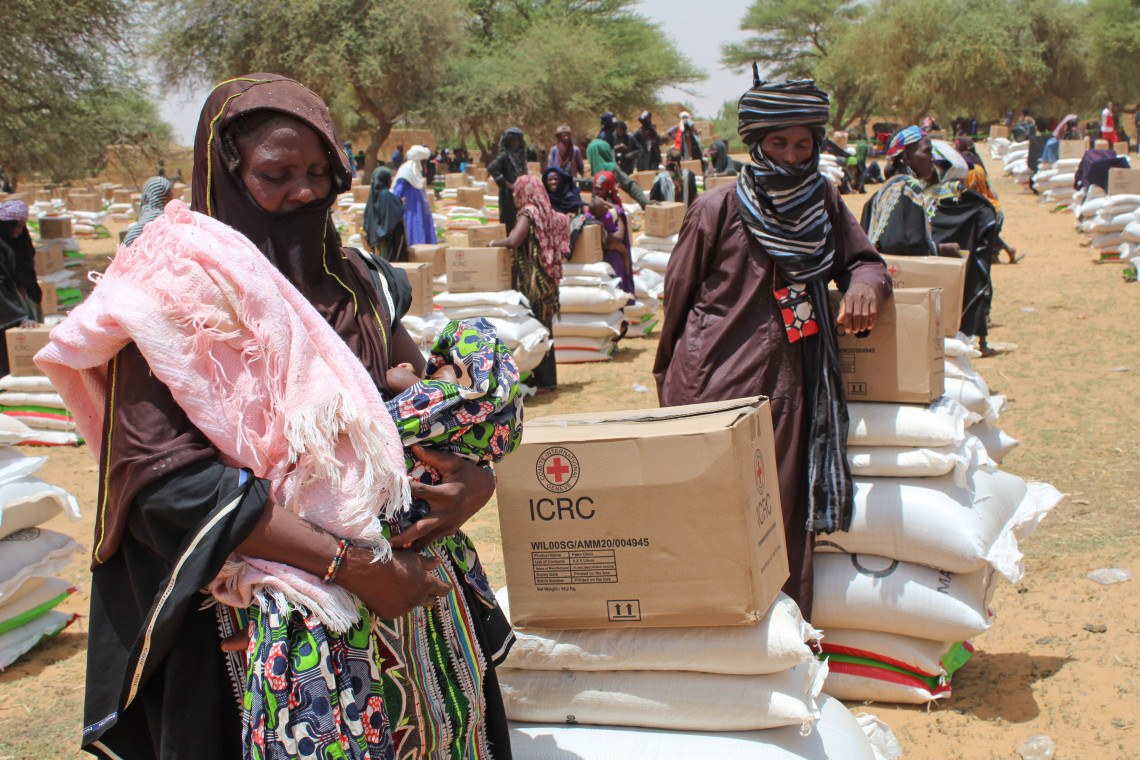 The humanitarian situation continues to get worse in the Liptako-Gourma region, which spans the Niger, Mali and Burkina Faso border area. According to the United Nations, more than 100,000 people have been forced to flee because of the volatile security situation in the Tillabéri area of Niger. Thousands of families are now far from home, cut off from their livelihoods and left vulnerable to increasingly critical food shortages.
Article 07 July 2020 Niger Mali

Fifty-five-year-old Fassouma Samsou is a widow and mother of five children. "To flee the violence, my family and I had to walk 50 kilometres with nothing to eat," she explains. "We found shelter in another village, but we don't have enough food."

She is now in Banibangou, where most of the displaced people are now living. Host families are doing everything they can to support the displaced families. They share the little resources they have, and Fassouma says it's thanks to this solidarity that she's still alive.

When she arrived, Fassouma and 12 other displaced people were welcomed into the home of a family of ten. "In 11 days, we used up everything this very generous family has," she says, a little embarrassed.

More than 3,100 people fled the clashes that flared up in January 2020 in Sinegodar and the surrounding villages. They are trying to rebuild their lives in Banibangou, but they are far from home and they have nothing. They have to rely on the generosity of host families, who don't have much to give. To make matters worse, the harvest has been poor for the past two years, which means food stocks are low. So a lot of people have to go hungry.

Together with the Red Cross Society of Niger, we have been distributing food to ease the strain on host families. Each displaced family has been given enough basic supplies to last them two months. They have each received 242 kilograms of food, including millet, rice, cowpea, vegetable oil and food supplements. 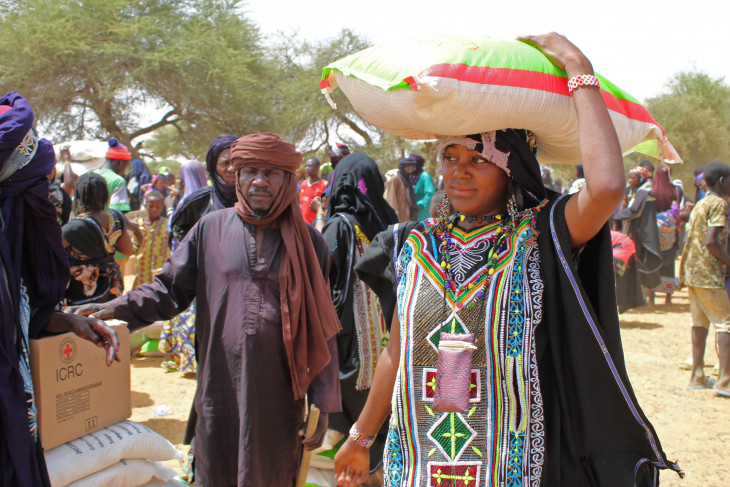 A displaced woman receives food and essential items during a distribution in Kandadji. Amadou ALZOUMA/ICRC

The village of Banibangou, which is located 250 kilometres north east of the capital Niamey and some 30 kilometres from the border with Mali, is hard to access and has been the target of regular raids by armed groups from Mali in recent years. The violence in northern Mali often spills over into the Tillabéri area and especially Banibangou.

No way to go home yet

Hospitality is still an important value in this part of the world. With the rainy season on its way, host families are sharing their plots of land with the displaced families so that they can plant crops. "It's our duty to help these people, because the situation affects all of us," says Issoufou Arbi,* the father of a host family. "The violence in Mali didn't used to affect us, but recently we have had to start living with it and we don't know what the future holds for any of us."

In early June, we delivered equipment and food to health-care centres in Bangaré, Bankilaré and Chatoumane. We also helped the Red Cross Society of Niger to distribute 112 tonnes of bran and wheat to 7,868 displaced farmers from the municipality of Dessa – 6,167 in Famalé, 1,190 in Kandaji and 511 in Diomona. Because of the continued violence in the region, the displaced families won't be able to return home any time soon. There are also regular kidnappings and ransom demands. Together with the Red Cross Society of Niger, we are looking at how we can help families that would like to start farming or set up a business.

*Not his real name 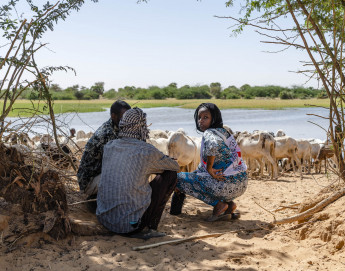 Mali-Niger: Climate change and conflict make an explosive mix in the Sahel