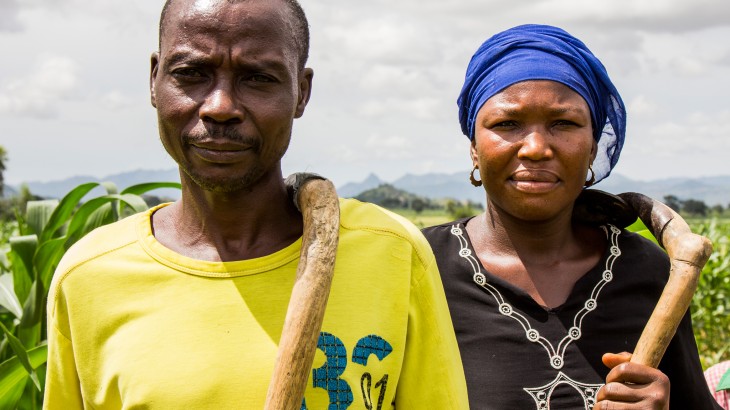 Brother and sister Regina and Michael fled fighting between Boko Haram and the Nigerian armed forces, leaving their farm equipment and cattle behind. Like many others, they trekked 200 kilometres on foot with little food or water. CC BY-NC-ND / ICRC / Jesus Serrano Redondo

No one told the cows not to eat the corn. When Morris Yaji and his family fled escalating violence around their town in north-eastern Nigeria last year, the couple and their 10 children had enough food reserves to live comfortably. But with no-one to rein in the farm animals during the harvesting season, much of that food disappeared.

"When we came back to our community, we found that most of the food we had left here had been eaten by the cattle," said Yaji, a farmer who lives in Mubi. 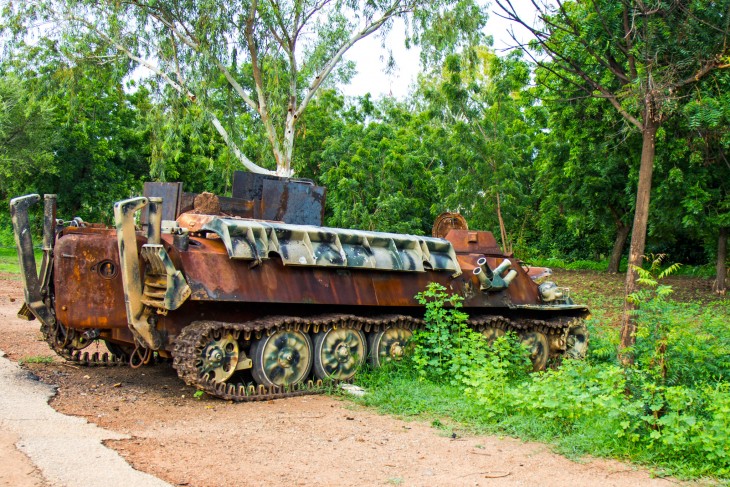 A wide area of northern Nigeria is suffering the effects of fighting between Boko Haram and Nigerian armed forces. Yaji's home region was upended by attacks in October 2014.

More than 40,000 people, mostly farmers, fled on foot more than 200 kilometres to neighbouring Cameroon. Ardo Benjamin, a community leader in Vimtim, a village just outside Mubi, said people stayed in a refugee camp where they were given shelter, food and water.

By the end of December 2014, the situation in Mubi had calmed down. But people returned to their villages to find that crops in the fields and food in storerooms had been raided. The unattended cattle had been free to wander freely across their farms.

Despite the animals' appetites, Yaji still had enough food to feed his family for a couple of months. But his next problem was shared by many around the village; with no income since fleeing the violence, few people had enough money to buy seed or fertilizer for the next planting season. 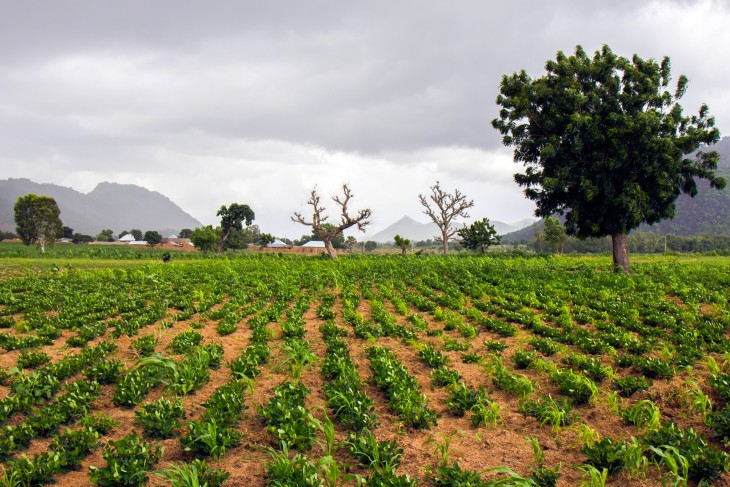 The ICRC responded by distributing 10 kg of maize seed and 150 kg of fertilizer to each of more than 3,500 returning farmers, so they could restart their lives. We also trained farmers in best farming practices and provided them with enough food for a month, so that families would not resort to eating seeds that should be planted.

"We had never experienced war before and ICRC assistance helped us get back on our feet," said Yali, who called the support "crucial" to restarting his farm.

Karl Mattli, the ICRC's head of delegation in Nigeria, said the ICRC was significantly scaling up its response to the massive humanitarian needs of the country.

"In the north-east of Nigeria, we are providing shelter, water, food and medical care for hundreds of thousands of people," he explained. "We've just distributed food and other essential items to more than 160,000 displaced persons in Adamawa state." 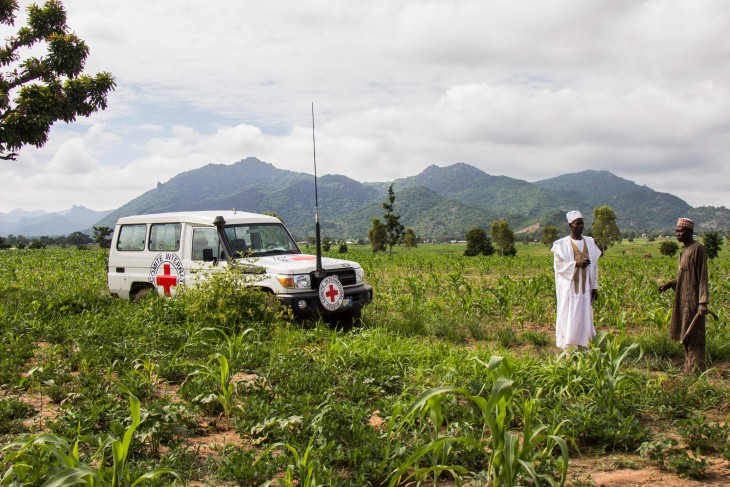 The ICRC plans to help another 8,300 farmers in Yobe, a mainly agricultural state, and 4,500 in Maiduguri, one of the cities hardest hit by the on-going conflict.