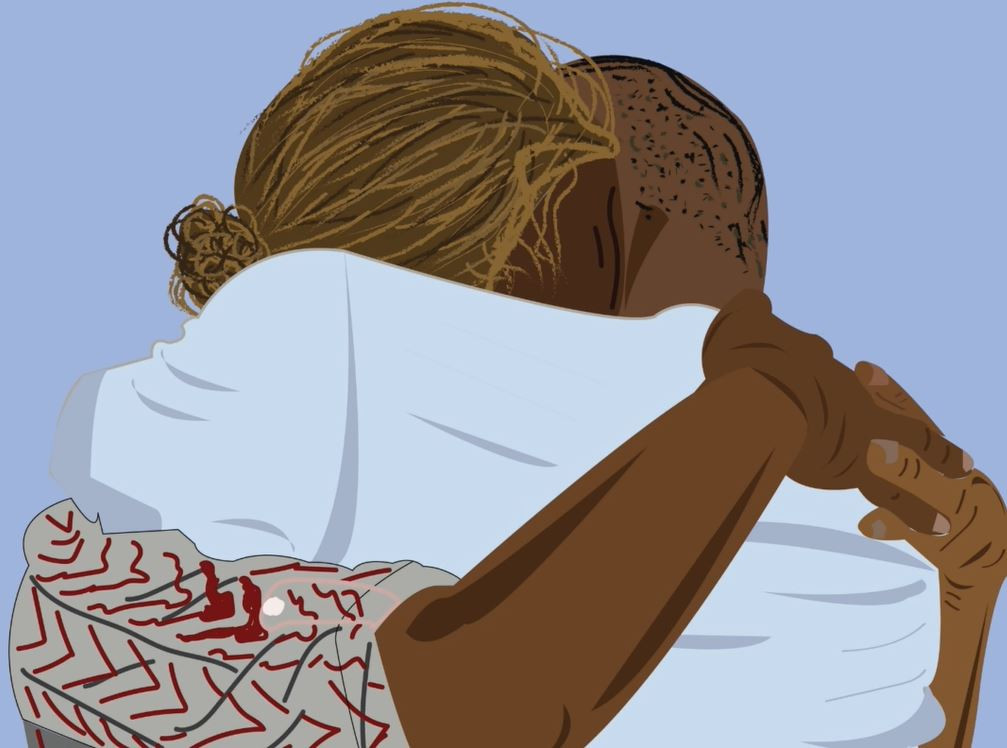 “When I see my mum, I’m going to make up for all the hugs I’ve missed”: reuniting Javier with Irma 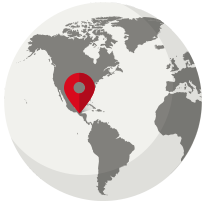 Irma* had not heard from her son, Javier*, for more than a year and assumed the worst. Her suspicions seemed about to be confirmed when, one afternoon in March 2022, two people wearing the Red Cross emblem came to her home. However, instead of bringing bad news, they had come to tell Irma that her son was alive. He was in detention in Guatemala and desperately wanted to see his mother, to talk to her, and to hug her again.

Standing in the shade of the trees in her courtyard, Irma felt that a heavy weight had been lifted.

"I feel like I've got my life back", she said on receiving the news.

She told us how, when Javier was little and it was time for bed, he would imitate his favourite animals: cats, iguanas, crabs... he used to make her laugh and amuse his siblings in the room they shared in Honduras. She recalled that, in 2018, her son had decided to emigrate; one day, he had left home without a parting word. A year and a half later, after he was placed in detention in Guatemala, his family lost track of his whereabouts and a long period of anguish began, with no news about what had befallen Javier, or whether he was still alive.

Javier is 18 years old. His frown reveals a tough adolescence. He told us that he had left Honduras to escape poverty and violence. "I ran away," he blurted out during an interview with ICRC delegates.

Having decided to set off on the migratory route, he had left home with tears in his eyes, not knowing whether he would make it to the United States. However, he could never have imagined that he would spend hundreds of days watching as his fellow inmates at the juvenile detention centre received visits, food and presents from their loved ones. "It's been hard that no one ever comes for me," he confessed, glancing at a guard inspecting the bags of groceries and clothes that families brought to inmates on visiting day.

After being placed in detention, first in Mexico and then in Guatemala, Javier was unable to contact his family for a year and a half. As he did not know his mother's telephone number by heart, he leapt at the opportunity, during an ICRC visit to the detention centre, to send a message to his mother, the woman who used to laugh at his late-night animal impressions.

One morning in February 2022, Javier scribbled a letter to his mother: "I explained that I was detained in Guatemala, but that I was fine". After providing rough directions to his home in Honduras, mentioning landmarks such as a dark brown gatehouse near the school and a corner shop, he had handed his letter to the ICRC team.

As part of its work, the ICRC visits detention centres, interviews people deprived of their liberty and shares its findings and recommendations with the authorities on a bilateral and confidential basis, in order to ensure that detention conditions meet basic standards.

In this case, our delegates were able to approach Javier so that, on the morning of 1 February 2022, during an ICRC visit, the young man was able to send a letter to his mother with our help.

Red Cross messages are exchanged to help people to get back in touch with their loved ones.

Eddie, an ICRC field delegate in Honduras, and Erlinda, a volunteer with the Honduran Red Cross, managed to decipher Javier's instructions and find his home address. On 25 March 2022, they arrived at the house to find Irma standing in her tree-shaded courtyard, her face pale with apprehension, expecting the two ICRC delegates to confirm her son's death.

Eddie and Erlinda explained that Javier was well, that he had been held in detention in Guatemala for some months, and that he longed to speak to his mother. Irma refused to believe her son was still alive until she saw him with her own eyes and spoke to him herself. The management of the detention centre then agreed to a video call with Javier.

"I didn't cry, although I wanted to cry and shout... no words came out: I felt paralyzed," Irma told us.

However, twenty minutes online with Javier calmed Irma's nerves: mother and son were finally able to see and talk to each other, and neighbours dropped by to greet the boy.

That day marked a turning point for Irma. "They gave me back my life... I had been mourning my son for too long. He had left without a word and I had grown tired of going to the police in tears to ask about my missing son. People would tell me that he was most likely dead."

Red cross messages bring hope to people separated from their loved ones.

"Passing on a message from an inmate in a youth detention centre to a member of their family might seem a simple, insignificant gesture, but it has a far-reaching positive impact not only on the people who are trying to get back in touch, but also their closest friends and family," says Eddie.

Catching up on hugs

On a Friday morning in June 2022**, Irma arrived at the juvenile detention centre with her daughter, having made the more than 400-kilometre bus journey from their home the previous day.

When she got out of the vehicle that had brought her from the hotel where they had spent the night, Irma gazed around the detention centre. She kept wringing her hands and her voice seemed to tremble. Accompanied by staff from the Department of Social Welfare and Development and ICRC delegates, Irma and her daughter walked to the visitor reception area and, a few minutes later, arrived at the designated meeting place: a small courtyard painted blue and white, to which Javier had also been summoned.

Javier was not expecting to see his mother that day. The news had been kept from him to avoid disappointment in case things didn't go to plan. When the young man peered into the courtyard, expecting to receive information about his case, his eyes met Irma's and he rushed over to embrace his mother, just as he had promised during a video call a month earlier. He wanted to catch up on all the hugs that he had missed during their long period of separation from his mother and sister.

After an emotional reunion, all three family members sat on patio chairs, chatting.

"I am the happiest mother in the world," exclaimed Irma. Her message to others separated from their loved ones: "Don't lose hope, keep searching, don't ever give up."

Thousands of families in Mexico and Central America lose touch when a family member decides to migrate to escape violence or natural disaster; today, countless families are still waiting for news of their loved ones.

For the International Committee of the Red Cross restoring family links and searching for and locating people reported as missing is a humanitarian priority. That is why we work together with the authorities and the families concerned to provide the answers they need.

* Names have been changed to protect the identities of the people concerned.

* To reunite Irma and Javier, the ICRC cooperated and coordinated with the Department of Social Welfare and Development of Guatemala.