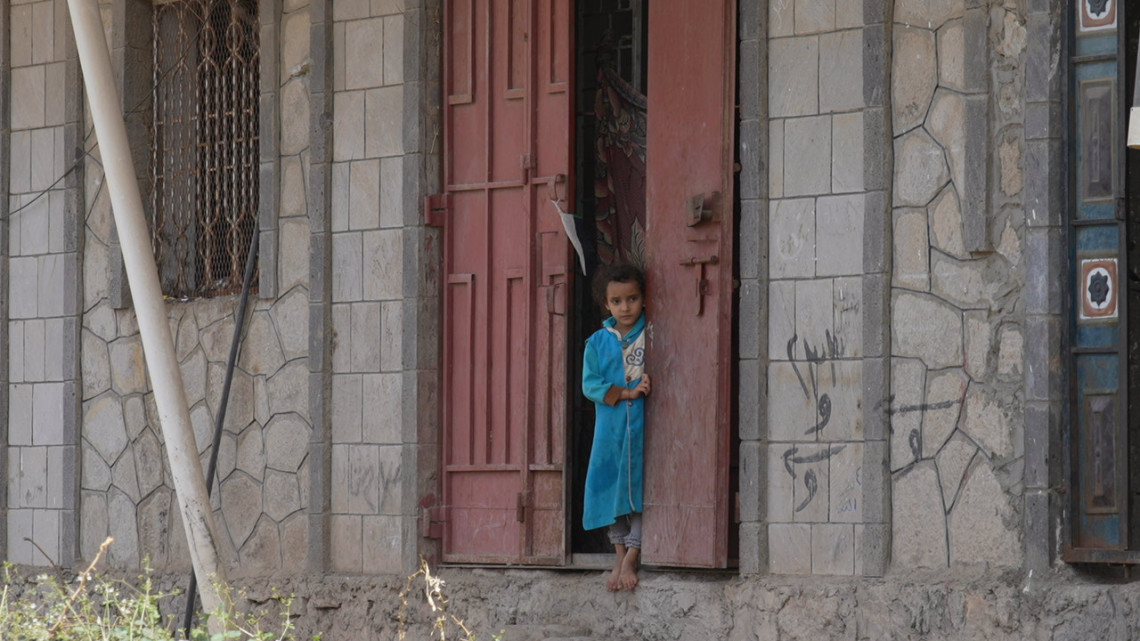 Yemen: Plight of Population is Growing as World Attention Wanes

Continuously raging violence in Taiz, Marib, Al-Bayda, Hodeida, Shabwah, Al-Jawf and Hajjah has forced over 157,500 people into displacement in 2021 only, adding to the over 3.3 million people who remain displaced across Yemen.
Article 10 March 2022 Yemen

Thousands of vulnerable families in these areas, in part due to their fragile economic status, have no option but to remain there, living alongside the daily hazards of the active frontline including the alarmingly limited access to all essential needs. People living in Taiz, Yemen’s longest-running battlefield, have been bearing the brunt of the protracted conflict since its onset back in 2015. The violence has exhausted the population that couldn’t flee. 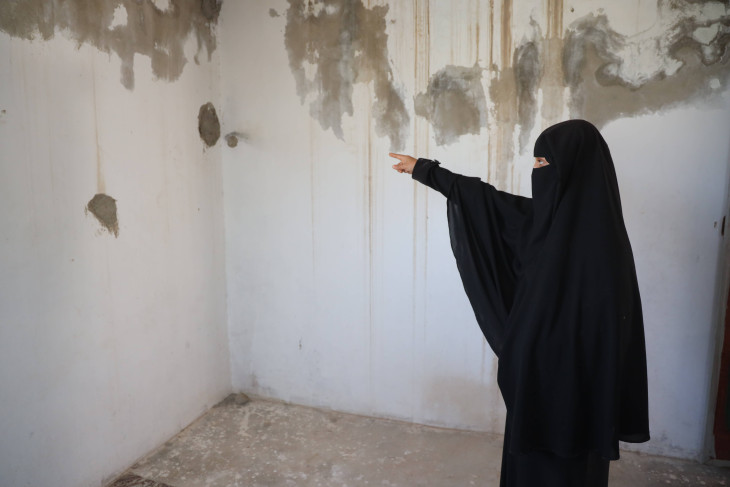 "There is always the sound of clashes, bombardments, explosions in the background. The walls of the house are frequently shelled," said Majida, a 40-year-old widow and mother of three living in the northern part of Taiz city. Credit: Taha Saleh/ Wagdi Almaqtari/ICRC 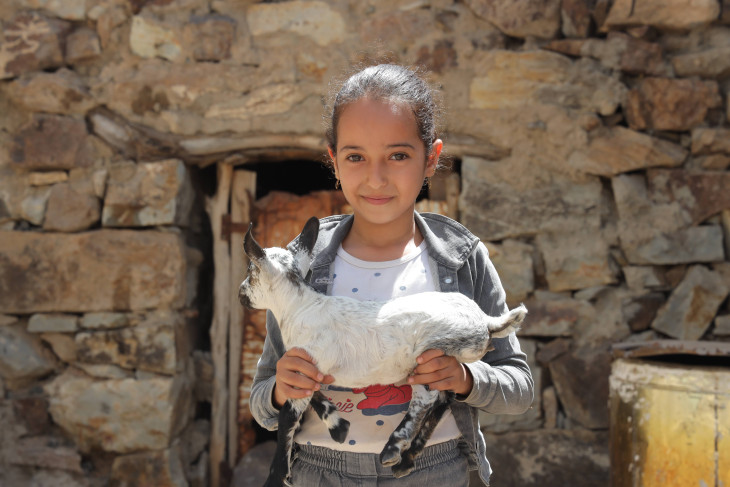 My daughters critically need a periodic medical follow up. To take them to the nearest hospital requires paying extra for transportation as drivers are not willing to come to our neighborhood for safety reasons,” said Majida Credit: Taha Saleh/ Wagdi Almaqtari/ICRC

In a country where food insecurity is already threatening over 16.2 million people, the severity of food and water needs is dangerously acute in Taiz and other nearby areas highly impacted by ongoing violence. The escalation of conflict in Ukraine is likely to further reduce people’s access to their basic needs as it is likely to raise food prices, in particular the cost of grains, even as fuel prices rise around the world. Over the past year food prices have skyrocketed across Yemen, leaving more than half of the country in need of food assistance. 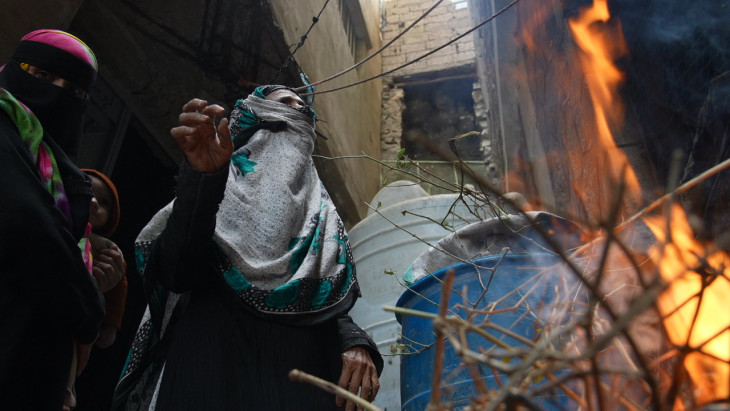 When shells fall on our neighborhood, our children cling desperately onto our clothes and scream. Many people have lost their minds after seven years of living in areas where clashes and shelling have become part of our everyday day life," said Om" Saeed, A 60 years old grandmother living in the northern part of Taiz city. Credit: Taha Saleh/ Wagdi Almaqtari/ICRC 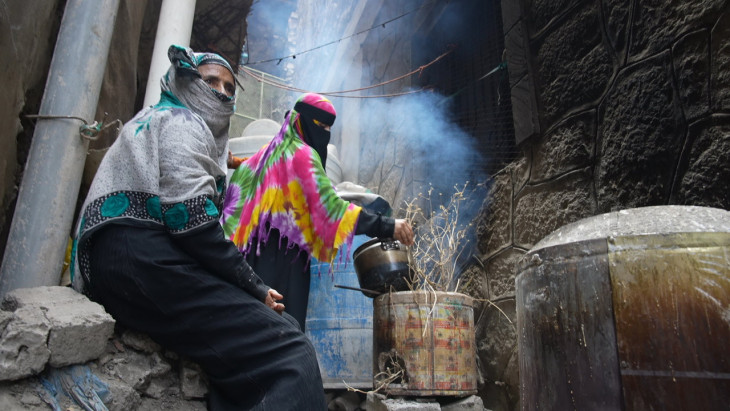 Our highest hope is to get a bag of flour and a blanket.'' adds Om Saeed" Credit: Taha Saleh/ Wagdi Almaqtari/ICRC

The ongoing clashes and shelling on the neighborhoods situated on the frontlines in Taiz have resulted in widespread mental health issues among residents, especially children.

The presence of landmines and unexploded ordnance (UXO) presents a significant danger to the people across Yemen, but contamination is especially high along Yemen’s west coast, near the strategic port of Hodeida, in Taiz governorate and more recently around Marib. Reportedly, there are more than 1 million land mines and unexploded ordnance scattered across the country, killing and injuring civilians on a daily basis.

.Humanitarian needs in the country remain massive, as two-thirds of the population are currently in need of humanitarian assistance

The severity of needs is deepening by the minute. Today 14.3 million people are in acute need, which is 27% higher than last year,” said Katharina Ritz, ICRC’s head of delegation in Yemen

“The severity of needs is deepening by the minute. Today 14.3 million people are in acute need, which is 27% higher than last year,”said Katharina Ritz, ICRC’s head of delegation in Yemen. The stakes are high as Yemen international pledging conference approaches, and the ICRC urges the international community to step up the response.

In 2021, the High-Level Pledging Event on Yemen announced a target of approximately $1.7 billion. That was less than the total received for the humanitarian response plan in 2020, and a billion dollars less than what was pledged at the conference held in 2019.  The ICRC urges the international community to continue funding humanitarian actors like the ICRC so that people in Yemen can be better assisted in such fields as food, health care, clean water and protection.