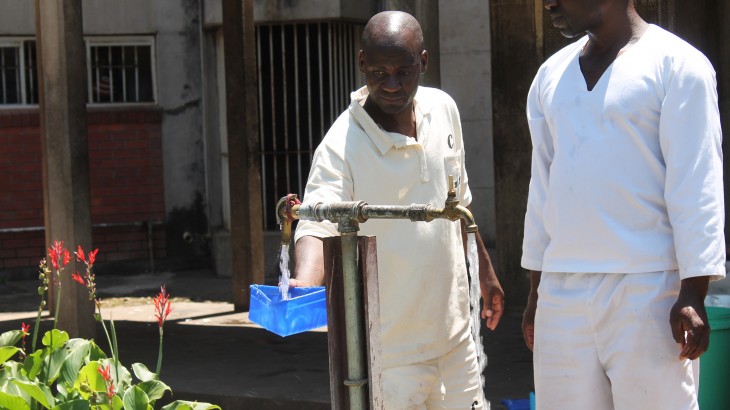 The inmates, prison officers and officers' families who live at the complex face difficulties with their water supply. The ICRC initially responded to the water needs with the donation of a 10,000-litre water tank in 2009.

In 2012, the Zimbabwe Prisons and Correctional Service (ZPCS) embarked on the first phase of a project to rehabilitate the water supply system for the whole prison complex with support of the ICRC and the Zimbabwe National Water Authority (ZINWA). This phase was officially commissioned in April 2015 following completion and testing. 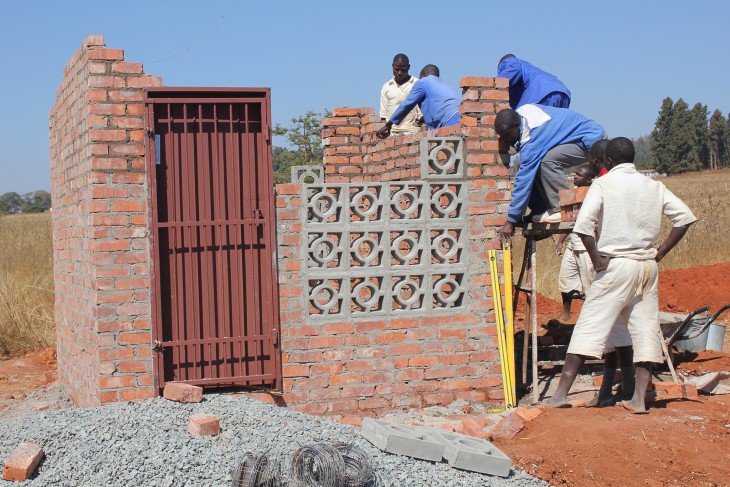 Chikurubi Farm Prison inmates, under the guidance of Zimbabwe Prisons and Correctional Service officers, construct one of the three pump houses built to secure the borehole pumps that provide water to the prison complex.

While ZPCS was tasked with the construction of the pump houses and the digging and laying of pipes to the Zimbabwe National Water Authority reservoirs, the ICRC drilled and equipped the three boreholes that supply the water. 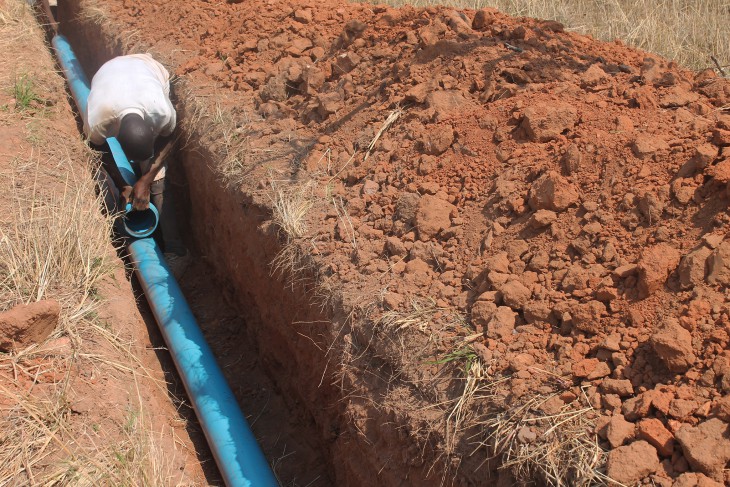 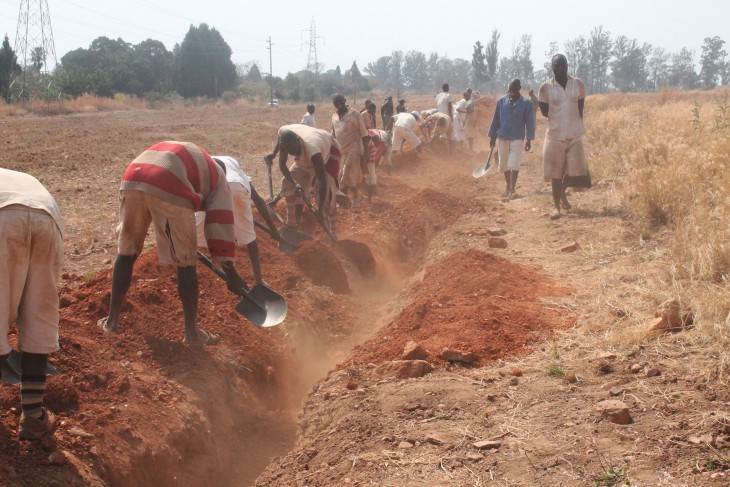 Chikurubi Farm Prison inmates cover pipes laid from the boreholes to the Zimbabwe National Water Authority reservoirs that supply the Chikurubi Prison Complex with water. The ICRC provided pipes for the main water pipeline and accessories to prevent leaks.

Taurai Jongwe*, a prison inmate, said: "Accessing water at the prison had always been a problem. I am happy and grateful that inmates now have daily access to water for drinking and personal hygiene purposes." 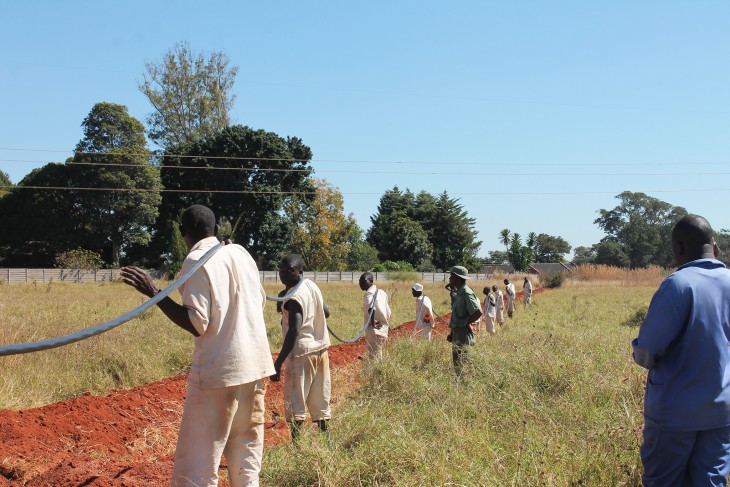 Under the supervision of the Zimbabwe Electricity Supply Authority, electricians and Zimbabwe Prison and Correctional Service officers, Chikurubi Farm Prison inmates prepare to lay an armoured electric cable that carries electricity from the transformer that powers the boreholes.

Chief Superintendent Kemson Nemadziva, a senior official, said that although there has been great progress in ensuring an adequate water supply, any power cuts mean the water pumps stop working. 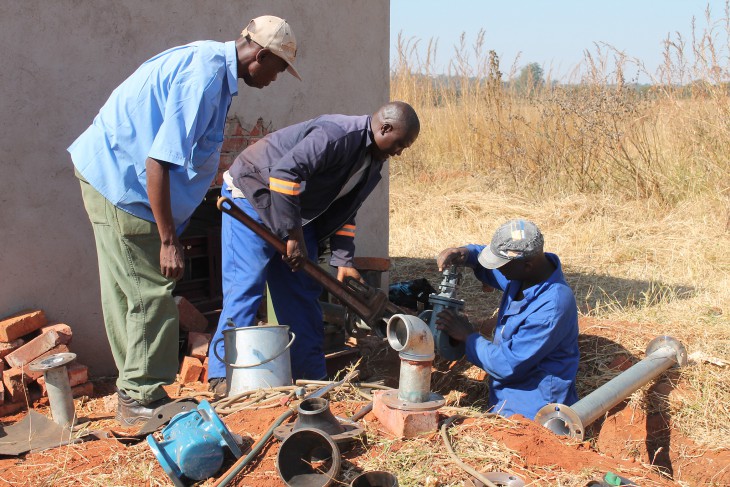 Zimbabwe National Water Authority engineers connect the boreholes to the water reservoirs that provide water for inmates, prison officers and their families at the Chikurubi Prison Complex. 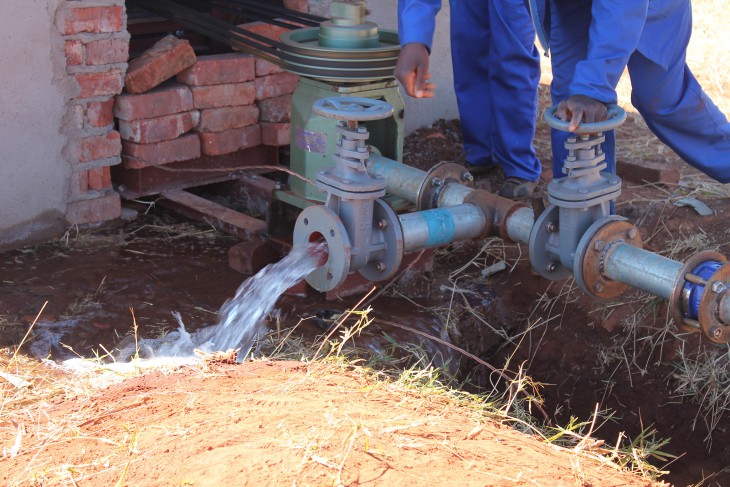 ZPCS workers test the system at the pump houses to ensure water will be pumped to the ZINWA water reservoirs and then onward to the prison complex.

Chief Prison Officer John Shamhu, who lives at the prison complex with his family, said: "As prison officers, we appreciate the improvement that has come with access to water supplies for our households." 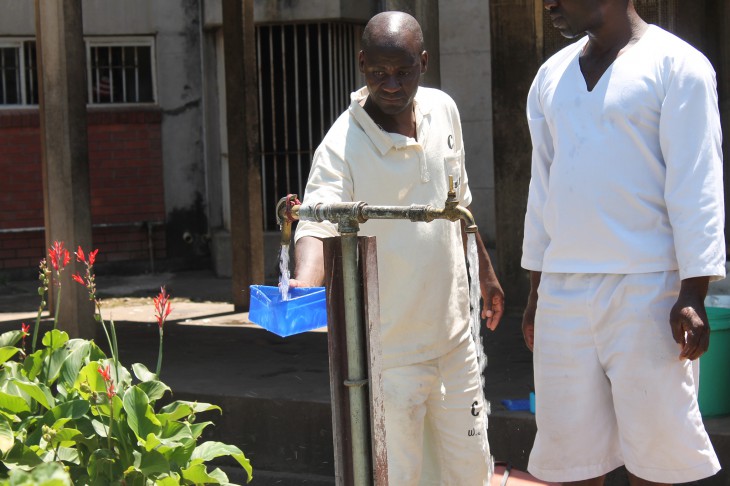 Bhekizulu Sibanda*, an inmate, said: "We now have access to water from various points within the prison. Each morning we can fetch water to have our baths, our meals, then proceed to clean the yard and cells."

*not their real names

Inmates cover pipes laid from the boreholes to the reservoirs.

Prisoners at Chikurubi Farm Prison prepare to lay an armoured electric cable that will power the boreholes.

Prison officials test the system at the pump houses to ensure water will be pumped to the reservoirs.