Afghanistan: Protecting medical services remains as important as ever 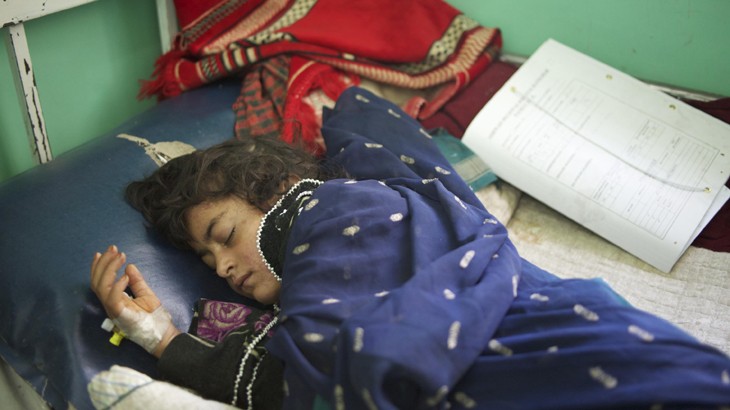 As the conflict in Afghanistan continues to take a heavy toll on civilians, the ICRC is carrying on with its work to improve the protection of medical services.

"We are concerned by the effects the increased fighting in the summer had on civilians and medical services," said Anthony Dalziel, the ICRC's head of operations for South Asia. "In a volatile environment such as the one in Afghanistan, it is especially important that people providing or receiving medical attention be spared at all times."

Under international humanitarian law, civilians, medical workers and health facilities must be spared so that health care can be provided for those who need it. At the same time, the wounded and the sick must have safe access to medical services. New ways of protecting health-care personnel and facilities, medical transports and patients were discussed in September at the United Nations General Assembly in New York and again this month at a regional conference of the International Red Cross and Red Crescent Movement held in Beijing.

"We have observed an increased number of attacks on medical personnel and more frequent obstruction of their work in the past few months," said Monica Zanarelli, acting head of the ICRC delegation in Kabul. "Civilians have sometimes been prevented from reaching health-care facilities during fighting. We are calling on all parties to treat medical personnel with special restraint and to spare the wounded."

The ICRC, working alone or in partnership with the Afghan Red Crescent Society, is carrying on with its humanitarian activities in Afghanistan, where it responds to the needs of displaced people, assists communities facing economic difficulty, makes sure that safe drinking water and health care are available to everyone, helps family members separated by conflict to maintain contact, monitors the treatment and living conditions of detainees and performs other humanitarian tasks.

Between July and September, the ICRC: