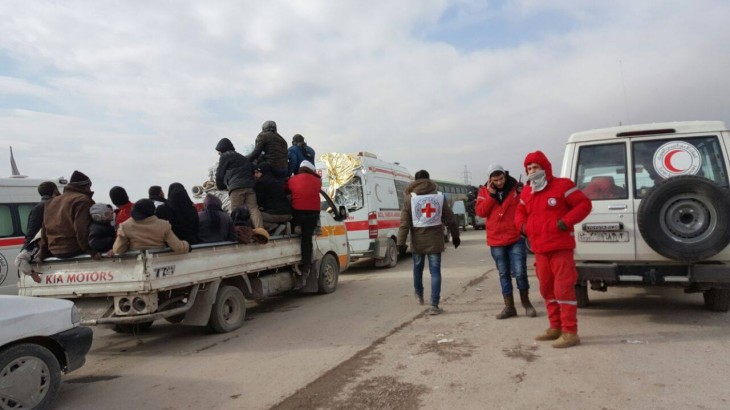 Geneva/Damascus (ICRC) - Thousands of people including women, children, the sick and injured, remain trapped in eastern Aleppo city waiting for the evacuation operation to continue. They waited throughout the night in freezing temperatures, close to the front line and in constant fear and anxiety.

"People are expecting us to continue the evacuation. It's important that the parties on the ground do their utmost to end this limbo," said the head of the ICRC in Syria, Marianne Gasser, who is in Aleppo "People have suffered a lot. Please come to an agreement and help save thousands of lives."

With the agreement of all parties, the Syrian Arab Red Crescent (SARC) and the International Committee of the Red Cross (ICRC) have already managed to evacuate around 10,000 people, many of whom are in a critical condition. As tension between parties escalated yesterday, the evacuation was put on hold leaving thousands of people still in eastern Aleppo.

This morning, the SARC and the ICRC, received some signals from the parties that a new agreement could be reached soon.

"We're ready to resume facilitating the evacuation according to our humanitarian mandate. But we now expect all the parties on the ground to provide us with solid guarantees in order to keep the operation going. They're the ones who have to protect the people and provide safe passage. We cannot abandon these people," Ms Gasser said.