Aleppo: 'Evacuation could take days - thousands of people in need' 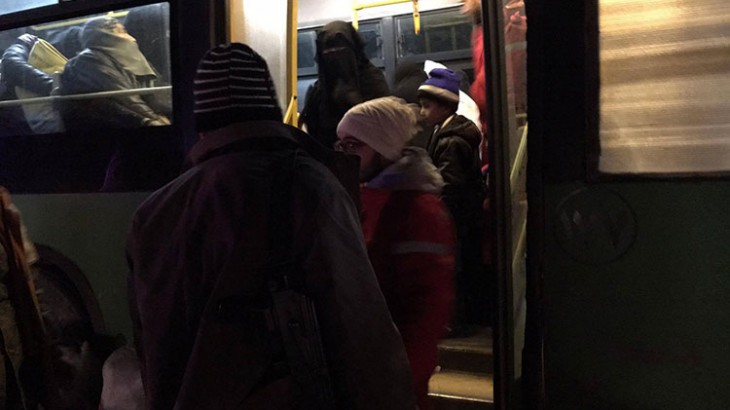 The head of the International Committee of the Red Cross (ICRC) in Syria, Marianne Gasser, has said it could take days to complete the evacuation operation in the Syrian city of Aleppo. The first two evacuations, led by the ICRC and the Syrian Arab Red Crescent, went ahead on Thursday. In total, some three thousand civilians and more than 40 wounded, including children, were brought out. Darkness had already set in when the third convoy set off to evacuate more people.

"There was firing before we entered East Aleppo for the first evacuation. Right up until the last minute, it wasn't clear we'd get in. A crane was used to remove some of the debris from the street so the ambulances and buses could get through. There were burnt out cars. Smoke rising from nearby buildings. There was a lot of fear and uncertainty," said Ms Gasser.

"When we arrived, the scene was heart-breaking. People are faced with impossible choices. You see their eyes filled with sadness. It was very moving. No-one knows how many people are left in the east, and the evacuation could take days. Working alongside the Red Crescent, we will continue to act as a neutral intermediary, and help as many people as possible who are in need," said Ms Gasser.

The evacuation operation marked the first time since April that ICRC teams have been allowed into opposition-held areas of east Aleppo, despite numerous attempts.

The wounded, some critically, were taken out by ambulance to healthcare facilities in rural areas of Aleppo and Idlib. Around 200 other wounded and sick people are still awaiting evacuation. At the same time, around three thousand civilians, including children and the elderly, were evacuated by bus. More than 100 SARC and ICRC workers were involved in the operation.

The ICRC Regional Director for the Middle East, Robert Mardini, says this is just the start:

"The humanitarian space must be kept open so that this operation can continue. It's been a positive start, but there is so much more to do. The needs are huge. Time is short and we call on all parties to show continued goodwill so that we can help all those who are suffering at this time," said Mr Mardini.