Are we doing enough to safeguard health-care services? 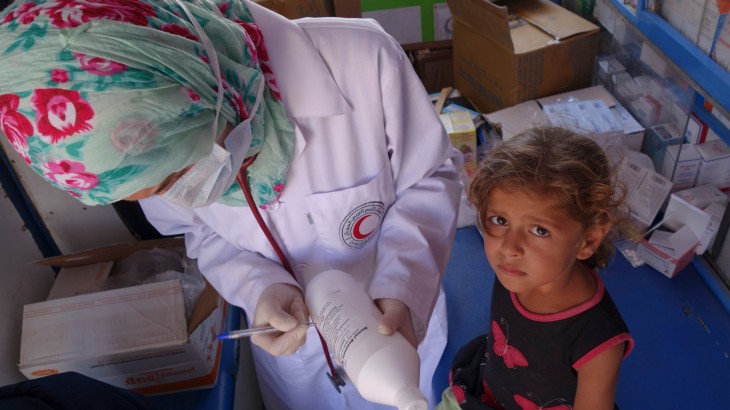 On 15 February, three more health-care facilities in Syria were bombed. With the sound of those explosions still ringing in our ears, we cannot say that we are doing enough. More than 60% of Syria's health-care facilities have been either damaged or destroyed since the start of the conflict. At this rate, sick and injured people will soon have nowhere left to go.

In Yemen too, more than 100 medical facilities have been attacked in the 11 months since the conflict began. The United Nations emergency relief coordinator, Stephen O'Brien, informed the Security Council on 16 February that nearly 600 health-care facilities – about 25% of the country's health services – had closed. As a result, there are now 220 fewer places to get treatment for acute malnutrition.

Syria and Yemen are not alone. The Health Care in Danger violent incidents report released in April 2015 indicates that violence against health-care workers, facilities and vehicles is widespread. Between January 2012 and December 2014, 2,398 such attacks were recorded in just 11 countries affected by armed conflict. That is over two attacks per day.

More needs to be done

Efforts are being made to prevent this violence, including as part of the Health Care in Danger initiative, but more people and resources need to be mobilized. On 3 November 2015, one month following the bombing of the Medecins Sans Frontières hospital in Kunduz, Afghanistan, 18 professional and humanitarian organizations involved in health care – among them the World Medical Association, the International Council of Nurses, the World Health Organization, Médecins Sans Frontières, and the International Red Cross and Red Crescent Movement – released a joint statement on the protection of health care.

In it, they urged States, armed groups, international and local humanitarian as well as professional health-care organizations to give urgent attention to the recommendations of the Health Care in Danger initiative.

The 18 organizations expressed their concern about the number and severity of attacks against health-care workers, facilities and vehicles and raised the alarm, demanding that States take concrete action to: investigate and condemn such attacks, amend domestic legislation to better protect health-care services, train military personnel, and cooperate with humanitarian and health-care organizations to make getting health care safer for patients and improve the quality of that care.

More joint efforts need to be undertaken so that the issue is at the forefront during upcoming global events such as the World Health Assembly and the World Humanitarian Summit, and is high on the agenda of the United Nations Security Council.

In December 2015, the States party to the Geneva Conventions gathered in Geneva for the 32nd International Conference of the Red Cross and Red Crescent and adopted the resolution "Health Care in Danger: Continuing to protect the delivery of health care together".

As Alexander Breitegger explains in his article "A road map for protecting of health-care services", the resolution constitutes a strong basis for continued cooperation between States, the International Red Cross and Red Crescent Movement, the health-care community and other groups.

It can be used to take concrete and practical measures on a country-by-country basis towards preventing violence against the delivery of health-care and mitigating the effects of such violence.

Joint and coordinated efforts are important, but it is also crucial for each State, organization and military or armed group to make individual contributions to safeguarding health care. In his article , Eric de Roodenbeke talks about the pledge that the International Hospital Federation made at the International Conference of the Red Cross and Red Crescent to improve safety in hospitals.

His organization was not alone: 35 pledges related to this topic were made individually or collectively by States, members of the International Red Cross Red Crescent Movement and conference observers. There is still time to make a pledge (until the end of March 2016), so it is a good opportunity to ask ourselves what more we can do. And we should keep asking ourselves that question until the sound of hospital bombings is silenced.

Health Care in Danger is an initiative of the International Red Cross and Red Crescent Movement to make access to, and delivery of, health care safer in armed conflict or other emergencies. This initiative calls for the respect and protection of health-care workers, facilities and vehicles and the implementation of a series of recommendations and practical measures to safeguard health-care services and their humanitarian mission.

This initiative is supported by a number of partners, individuals and organisations, members of the Health Care in Danger Community of Concern.