Armenia: A fate not wished on anyone 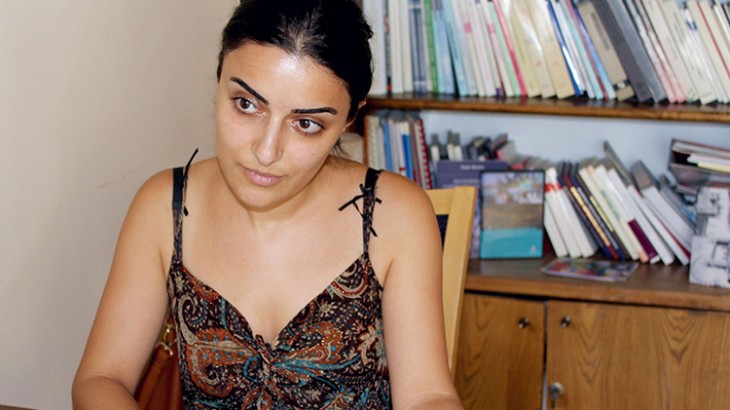 Alla Hovhannisyan's father went missing when she was a young girl.

Alla, now 31, is an opthamologist who participates in a support programme for relatives of missing people. She was inspired to assist elderly members of the group with vision problems and has helped kick-start a programme that has provided glasses to 40 people.

Alla was only nine when she saw her father for the last time. That day, before leaving for war, he told her that even if he did not return he would always be at her side.

He did not return.

Both Alla and her mother never stopped hoping for his return and kept making inquiries to learn what had happened to him.

After her father went missing, the family's life got much more difficult. Her mother, a nurse at a local hospital in Goris, a town in the south of Armenia, became the only breadwinner. As a consequence, Alla, still a young girl, was often left alone with her sadness and despair.

For Alla, these have also been years of soul-searching. She never liked that people around her saw only her loss. She felt as if people treated her both awkwardly and in way which lacked sincerity. That was something she would never have wish for her mother and herself.

Gradually, Alla found enough strength to overcome it. Rebellious by nature, Alla did her best to remain strong and set goals for her own future.

Despite all this, however, something important was still missing and she believed that if her father were present in her life, he would fill that gap. "Parents are the two wings that secure the child's flight," Alla says, adding she only had one wing to pull her through life.

Today, Alla is a practicing ophthalmologist and works in a regional eye clinic. She is happy with the choice she made. Alla is also an active participant in the ICRC's psychosocial support programme – set up to provide support for the families of missing persons. The program gives these families the opportunity to come together to talk about their experiences and concerns, and to support one another in addressing problems, large and small.

For example, a need for eye glasses – a seemingly simple but important issue that came up at one such meeting – inspired Alla to see what she could do personally to support the participants in the programme.

Being a doctor, Alla decided to organize medical checkups for the elderly relatives of the missing who had vision problems. She also mobilized two local organizations to join the initiative and provide technical support and facilities, and to donate glasses to 40 beneficiaries.

"I was happy to give a hand to those people, and it was so encouraging to see how others rallied around to make a small but a really important step towards helping people," she explains.

Although Alla had a deprived childhood, the difficulties she experienced after her father went missing only strengthened her character. Alla says, "I would never wish such a fate on anyone. I wish States across the world had enough commitment not to permit such things to happen again and again. I am just one person with my own problems and hopes but at the same time, I am a part of this big world. I always dream that one day people responsible for taking decisions will do everything possible to fill our lives with kindness."