Impact of new technologies and weapons on international humanitarian law 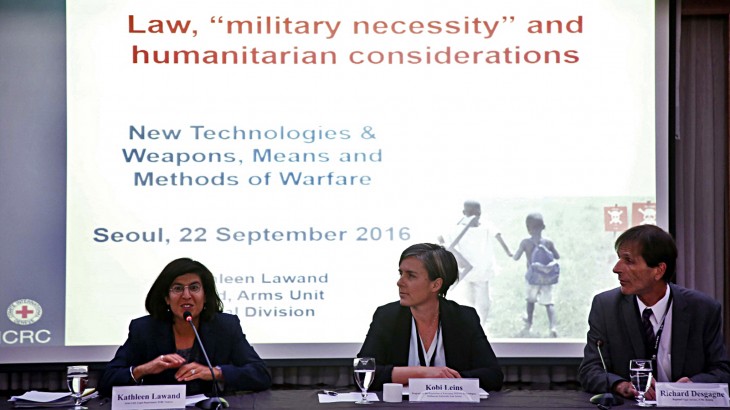 Some 60 government representatives, professors and ICRC legal advisers from the Asia-Pacific region attended the two-day seminar, the fifth regional meeting on international humanitarian law. The event aimed to improve understanding of the challenges that new technologies of warfare create for the interpretation and application of IHL.

Seminar participants agreed that rapid technological developments have given rise in recent years to new methods and means of warfare, such as cyber-attacks, armed drones and robots, which pose novel humanitarian and legal challenges. They also acknowledged that rapid advances in new and emerging technologies of warfare, notably those relying on information technology, robotics and nanotechnology, made it important to hold regular, informed discussions on the challenges that these developments create.

Rain Liivoja, who is a senior lecturer at Melbourne Law School, University of Melbourne, emphasized the need for policy-makers and lawyers to interact regularly with the developers and users of new military technologies. "Misconceptions about technological capabilities can easily arise and distort discussions about the law," he said. "Also, technologists need to be aware of the legal and policy constraints that apply to their work. Otherwise, they may be wasting their efforts on something that can't or won't be adopted by the armed forces."

Richard Desgagné is the ICRC's regional legal adviser for East Asia. As he pointed out, "When developing or acquiring new weapons, means or methods of warfare, States must assess whether they comply with international humanitarian law." Desgagné underlined the need to consider the rules themselves. "States must also look at existing rules and consider they are sufficiently clear in the light of a technology's characteristics and its humanitarian impact." 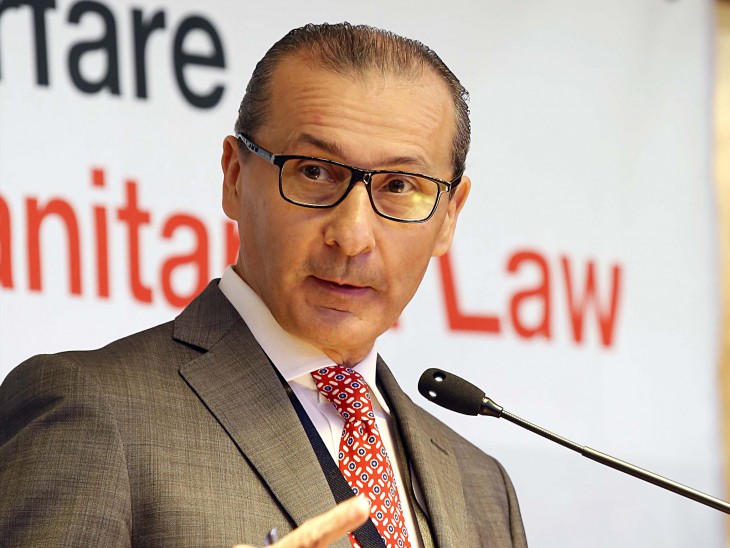 Gianni Volpin is the ICRC's representative in the Republic of Korea. He noted that "the crucial question is not whether new technologies are good or bad in themselves, but to make sure that they are not developed or employed under conditions in which respect for IHL cannot be guaranteed." He added that the ICRC would continue to promote the discussion of related issues, to raise awareness among Asian governments of the need to assess the humanitarian impact of developing technologies.

The meeting was co-organized by the ICRC and the Ministry of National Defence of the Republic of Korea.