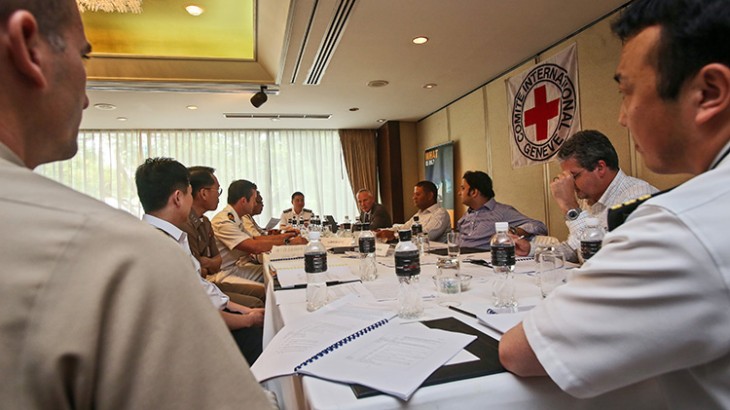 The Royal Thai Navy and the ICRC jointly hosted the "2nd Regional Workshop on the law of armed conflict at sea" at the Swissôtel Nai Lert Park, Bangkok. The event, which took place from 27th to 30th April, brought together senior naval officers from 14 countries in the Asia-Pacific region, including Japan, Malaysia, Myanmar and New Zealand.

This seminar was aimed at providing the participants with a better knowledge of the humanitarian rules applicable to naval warfare. It also covered other issues relevant to the region, such as anti-piracy, resource protection, border protection, and interception of illegal migrant vessels.

"The aim of this event was to establish a dialogue with countries in the Asia and Pacific on maritime security issues and operations, as well as to develop the capacity of naval forces with reference to the law of armed conflict at sea," said Beat Schweizer, Head of the ICRC Regional delegation in Bangkok. "It was expected to provide an opportunity for the participants to share experiences, discuss recent developments, issues and relevant challenges," he added.