In Bosnia-Herzegovina, efforts redoubled to find missing and support families 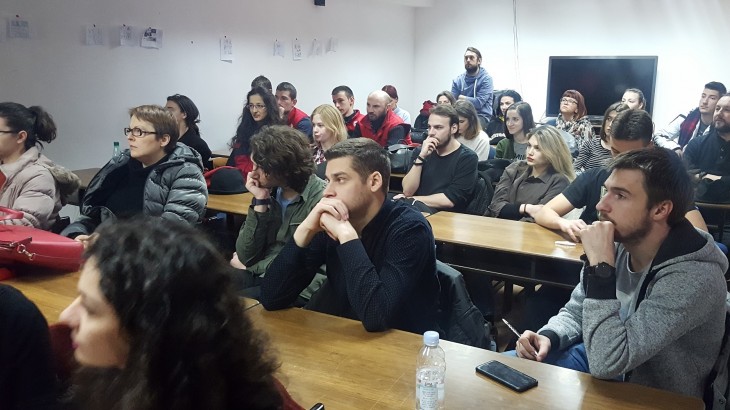 Many students from the Academy of Arts watched the five documentaries in Banja Luka and discussed about humanitarian topics. The ICRC will financially and technically support MA and PhD candidates in forensics, psychology, law, social and political science who research on missing people.

"A part of my agony vanished that day. For so many years I had worried where he was, if he was hungry, if he was cold. Now at last I know where he is." The words of a Milka Budimrović after her missing son was identified illustrate the heavy burden the families of 6,700 missing people have lived with for more than 20 years in Bosnia and Herzegovina.

Their specific needs are often neglected and forgotten in the society. Facing a continuous decline in identification over recent years, the ICRC has decided to increase its efforts in the next five years and take all possible steps to elucidate the fate of as many missing people as possible.

On 19 and 20 March, 23 representatives of 17 family associations gathered in Banja Luka to plan their activities with the ICRC for 2018. One of focuses will was transgenerational consequences of the forced disappearance and work with young people. The ICRC used the opportunity to present its five-year strategy for missing persons in the Balkans to the participants who expressed their full support for the ICRC's efforts.

Amongst other things, the strategy foresees financial and technical assistance to MA and PhD students who research on specific topics related to missing persons in Bosnia-Herzegovina. More than 30 academics and students from various scientific areas, such as forensics, psychology, law, social and political science, learned more about individual and social consequences of the disappearance on 21 and 22 March in Banja Luka. The participants came from different faculties of four state universities throughout the country. In the coming months, they will submit their research proposals to the ICRC. 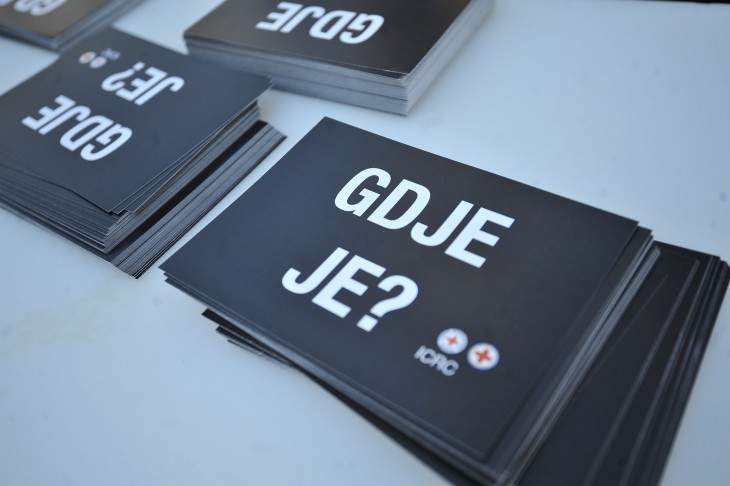 Where is s/he? This question has been haunting families of 6,700 people for more than 20 years. CC BY-NC-ND / ICRC / E.Camić

One of biggest obstacles in the tracing process is a lack of new information about locations of graves. As a neutral and independent organization, the ICRC has a privileged access to the international archives of the International Criminal Tribunal for former Yugoslavia in The Hague and searches them for information about the fate and whereabouts of missing persons.

In the past two years, the ICRC experts have collected and processed over 50,000 pages of documentation related to the conflict in Bosnia-Herzegovina, of which 12,400 have so far been handed over to the authorities for potential action. Collected information has helped to locate the remains of 137 people in 2017, indicating that further investing in these efforts does yield results.

Within our new strategy, the ICRC will substantially expand its research team and the scope of its work in the coming five years, as well as introducing innovative tools to make the process of comparing, processing and analyzing the available data more efficient. As a part of it, the ICRC had donated 15 new laptops to the Missing Persons Institute of Bosnia-Herzegovina on 14 March. The donated equipment will significantly improve processing of data obtained by the ICRC in order to locate individual and mass graves.

Rounding up the events in March, five short documentaries, made within the ICRC workshop for young artists, were screened at academies of arts and museums in Jajce, Banja Luka and Bihać. The films of the programme named "Capturing Humanity" deal with topics related to the legacy of war in Bosnia-Herzegovina, such as missing people, landmines, migration and displacement. More than 100 young people attended the events and actively participated in discussions with ICRC after the screenings.

The films had their world premiere at a film festival for creative documentary film in Sarajevo and will be screened in nine other towns across the country. One of the films will also run in the programme of a film festival in New York in April.