Brazil: Portraits of a never-ending wait 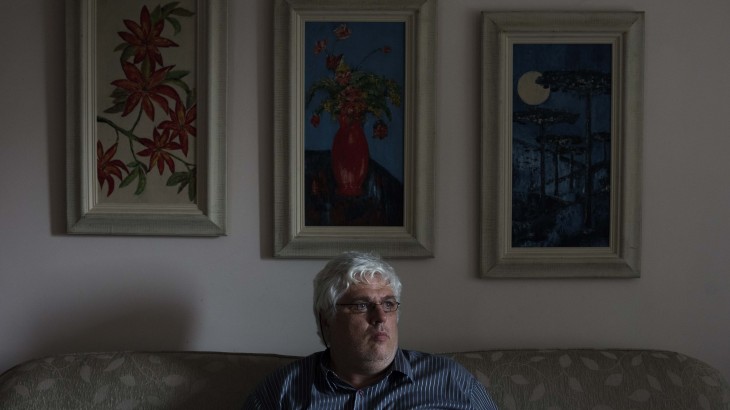 ICRC to hold a photo exhibition on families of missing persons in Brasilia.

On 16 May, the International Committee of the Red Cross (ICRC) will launch an exhibition, A falta que você faz (The void you left), by photographer Marizilda Cruppe at the National Museum of the Republic, in Brasilia. The exhibition will focus on the lives of disappeared persons' family members. It will include guided tours by the photographer and a talk by ICRC Protection Coordinator Marianne Pecassou.

At the invitation of the ICRC, Marizilda visited the relatives of missing persons in Curitiba, Maceió, Rio de Janeiro and São Paulo from August 2016 to March 2017. She heard stories from parents, children, grandparents, uncles and aunts of people who, for some reason or no reason at all, simply vanished without leaving a farewell note or any trace. When Marizilda walked into their homes – which are usually emotionally charged environments that bear a strong connection with the missing person – she approached these people to gain an in-depth understanding of the impact of the disappearances on those who had been waiting for some word.

The culmination of this work is reflected in about 40 images. The exhibition features pictures of family members of missing persons who are still waiting for their loved ones to return or for an answer to the mysteries that have gone unsolved for years, and sometimes decades. Through her portraits, Marizilda takes a look at the issue of disappearance and its impact on their loved ones. The photographs also prompt visitors to reflect on an issue that affects thousands of families around the world.

One such example is the story of Lucineide Damasceno. "The years are passing by and I don't know where else to look," said his mother Lucineide who has been waiting for word on her son's whereabouts for nine years now. "The day I find Felipe – may God help me hold myself together – because I just don't know what my reaction will be. People just don't disappear into thin air."

Marizilda has worked with the ICRC in the past. For five years, she photographed residents of violence-stricken favelas in Rio de Janeiro and the programmes run by the ICRC to respond to the humanitarian consequences of this violence.

As part of her new humanitarian effort, Marizilda chronicles the anguish of families, locked in a neverending wait, who are gathering the strength and courage to face a devastating issue.

Lorenzo Caraffi, the head of the ICRC delegation for Argentina, Brazil, Chile, Paraguay and Uruguay, pointed out that under international law, states have an obligation to prevent people from disappearing. "They must search for and locate missing persons and deploy a comprehensive response to the needs of their family members," he said. "It's not an easy task, but you have to undertake it."

Official data on the number of persons missing, or the communities affected, is not available anywhere in the world. This makes it difficult to appreciate the exact scale of the humanitarian drama faced by thousands of people on a daily basis.