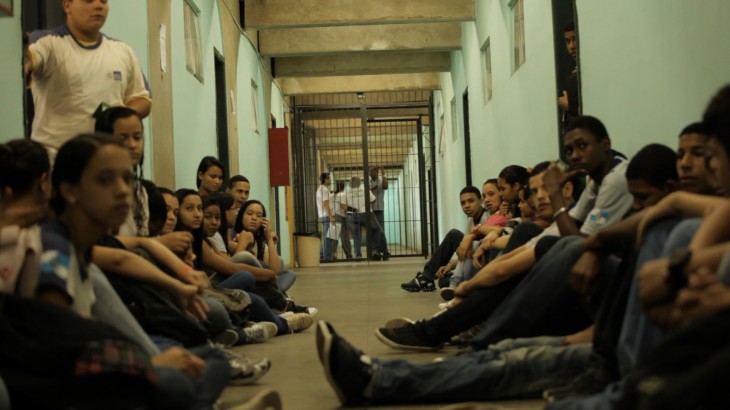 Training simulation in Rio school in 2013. Nowadays, the ICRC does not go directly to the schools. Photo: ICRC/2013

The International Committee of the Red Cross (ICRC) supports Brazilian municipalities in the implementation of the "Safer Access to Essential Public Services" framework (SAF) with the aim of helping health, education and social care workers, among others, to mitigate the risks posed by violence. Professionals adopt self-protection measures and develop security protocols for emergencies.

At the request of Brazilian municipal authorities, the ICRC Regional Delegation for Argentina, Brazil, Chile, Paraguay and Uruguay has been supporting public services in seven municipalities – five in the state of Rio de Janeiro, plus Porto Alegre (in the state of Rio Grande do Sul) and Florianópolis (in the state of Santa Catarina). "We support public services in the development of procedures that help to reduce and prevent the impacts of violence on the day-to-day of workers – teachers, social workers, community health agents, among others – and, consequently, the community as a whole', says Lorenzo Caraffi, Head of the ICRC Regional Delegation.

Staff at 122 health units, in addition to another 28 teams that provide social assistance and education services, have been trained in these seven municipalities (see box for more details).

The measures to be adopted may vary according to local reality. "In each community, we must identify, according to their particularities, the risks to which their residents and workers are exposed, and subsequently establish what to do to reduce such vulnerabilities", explains Ana Cristina Monteiro, who leads the ICRC Urban Violence program. 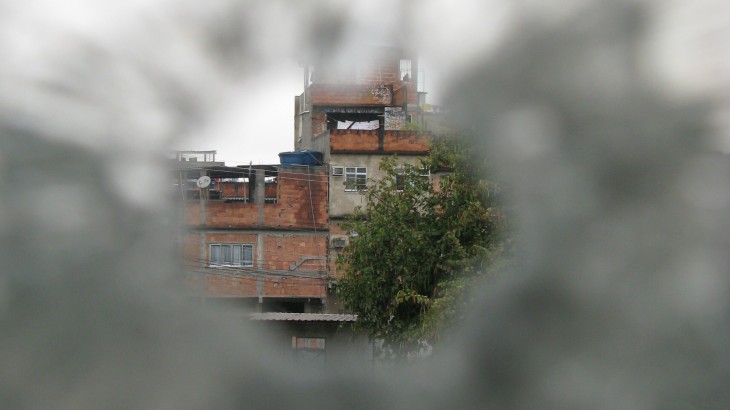 One of the first steps in the SAF methodology is the train-the-trainer program provided by the ICRC. Participants identify the vulnerability of their facilities (i.e., schools, hospitals, etc.) based on an analysis of their level of exposure to armed violence.

Building on this diagnosis developed by the participants themselves and guided by the tools provided by the ICRC, the next step is to put together an action plan to minimize the risks of violence. This is done by multipliers that have been trained together with members of each school community, health unit, etc.

"We expect that the multipliers will be able to train all schools located in vulnerable areas in the city, and that this may offer better protection to teaching professionals, students and the school community", says Ana Cristina. As an example of this, she mentioned the partnerships with the Education Secretariat, such as the one starting in July with Rio de Janeiro City.

The ICRC believes that knowing how to behave in an emergency helps to keep people calm and prepared to act, thus reducing their chances of becoming a victim of violence.

Participants take their newly acquired knowledge to their areas of work, where they may simulate necessary actions in cases of violence (evacuation, for example) and systematize a protocol to open/close health units, schools, etc.

It is also possible to list not only the losses in terms of learning, but also the economic impact of such decisions.

For the multipliers, the course is theoretical, but for teachers, community health agents and other essential public service providers, simulation exercises are important and must be carried out. 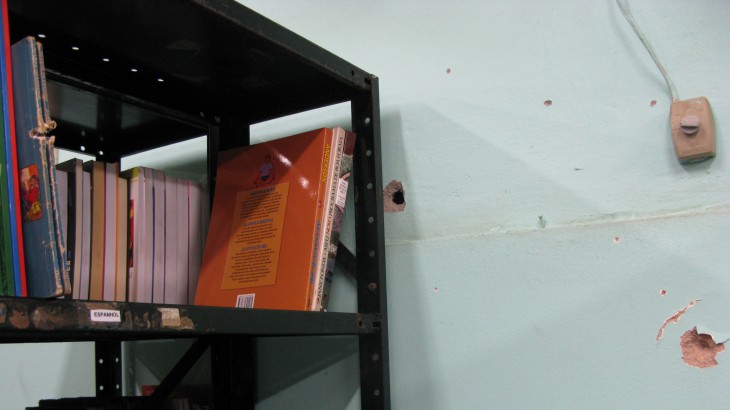 The Safer Access to Essential Public Services course has been adapted for urban violence contexts from an ICRC protocol developed to reduce the vulnerability of their own staff operating in countries at war or affected by violence.

This training program has also been adapted from the work developed during the "Rio Project" between 2009 and 2013, when the ICRC worked in partnership with local authorities and communities on Health and Education issues to control and mitigate humanitarian consequences of armed violence in seven favelas in Rio. Among these activities, the ICRC developed the programs known as Safer Behavior (SB, for the education community) and the Safer Access (SAF, for health workers).

It is important to point out that some communities are affected by armed violence, and this leads to humanitarian consequences. These situations do not reach the levels of armed conflicts under International Humanitarian Law (IHL).

Step-by-step of the ICRC's SAF methodology in Brazil

What is the ICRC's role?

The ICRC only provides training at the request of local authorities, after assessing, among others, the impact of urban violence on facilities, difficulties in accessing services as a result of violence, and the municipality's ability to implement the tool.

After signing an agreement, the training of managers and multipliers begins. These, in turn, will share their knowledge with others. The ICRC only provides the training and monitors the management support teams. All the rest is done by local authorities.

Where is this methodology applied in Brazil?