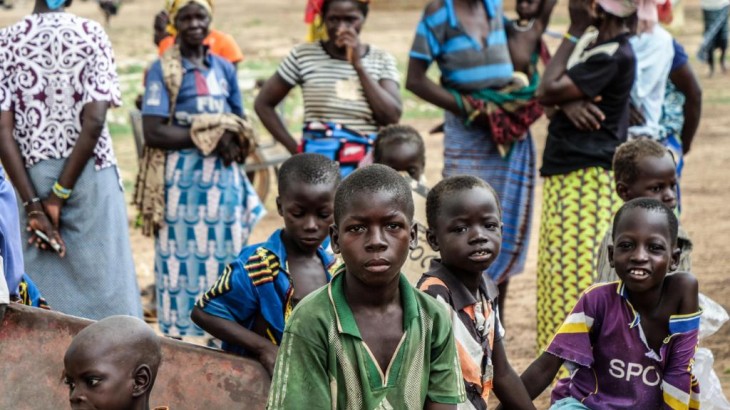 Ouagadougou (ICRC) – A downward spiral in violence in Burkina Faso this year has resulted in more than 500,000 people having their access to health care completely cut off or drastically reduced in the past six months.

Due to the spike in security incidents, health care workers are often fleeing rural areas affected by armed violence. Burkina Faso's Sahel and Centre-North regions are the most affected. Between May 2018 and July 2019, the International Committee of the Red Cross (ICRC) has registered 26 violent incidents directly affecting health care staff, their belongings or vehicles.

"Access to health care has become extremely difficult in some parts of Burkina Faso, and is a frightening by-product of violence for families, especially those with sick or injured children," ICRC President Peter Maurer said following a high-level meeting with President Kaboré in Ouagadougou last Friday. During his two-day stay in the country, Maurer visited a prison and met with communities affected by the armed violence, which is forcing people to flee.

The number of internally displaced people in the country has increased fivefold in less than a year, from 50,0000 in December 2018 to more than 270,000 in August. That represents thousands of pastoralist and farming families who can no longer provide for themselves. Hunger and malnutrition are also a major concern, with 1.2 million people classified as food insecure.

"Burkina Faso faces challenges on many levels, including climate shocks, which is exacerbating the consequences of armed conflict. Water is scarce, and tensions are rising over natural resources. Climate change won't be solved soon, clearly. We all need to work together to help alleviate the worst of the coming changes," Maurer said.

How the ICRC is helping, jointly with the Burkinabé Red Cross:

• Health: The ICRC has provided medical kits to health facilities in the Sahel, East and North regions, benefitting more than 21,000 people affected by the violence (Jan-June 2019). We also supported a vaccination campaign for children (measles, meningitis) and support health centers (notably Djibo in the Sahel region).

• Food: From January to June 2019, the ICRC has assisted 22,000 internally displaced people (IDPs) with food in violence-affected regions.

• Water: The ICRC rehabilitates water points and drills boreholes to improve people's access to water. More than 7,800 people among IDP and host communities have benefitted.

• Livelihoods: The vaccination of 68,000 heads of cattle was also organized early this year to support the main means of survival of many violence-affected people.