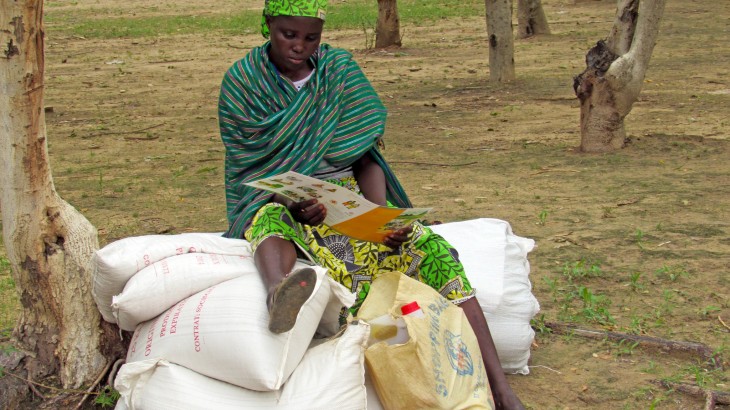 Violence affecting Africa's Lake Chad region has forced thousands of people to flee their homes. The ICRC and the Cameroon Red Cross recently distributed food and household items to displaced persons and the families hosting them.

"We are concerned about the situation affecting people in the region, including host families who have taken in displaced persons. This situation could become even more dire with the worsening of the security conditions along the frontier with Nigeria and Chad. Humanitarian assistance is vital," said Simon Brooks, head of the ICRC's delegation in Cameroon. 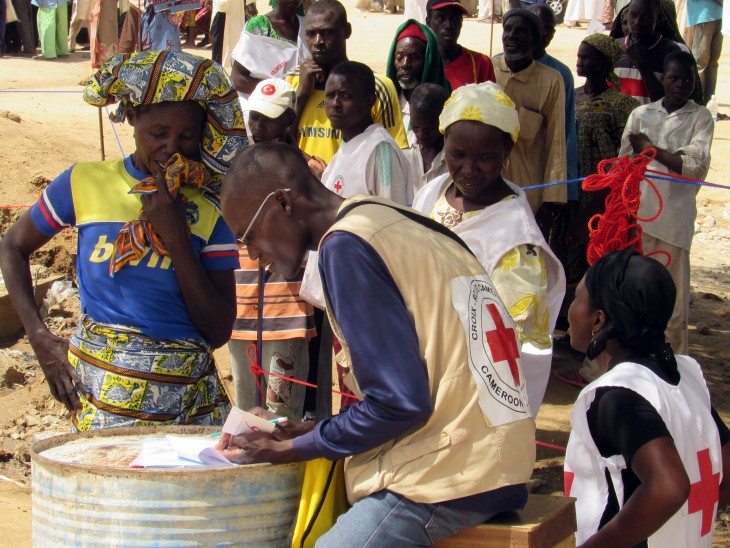 Northern Cameroon. People line up to present the registration cards that show they are entitled to receive food from the ICRC. CC BY-NC-ND / ICRC / T. Gnonsian

In late June, the ICRC and the Cameroon Red Cross distributed food to 10,400 families at 99 locations in Mayo Sava and Mayo Tsanaga, and 3,000 of these families also received essential items. 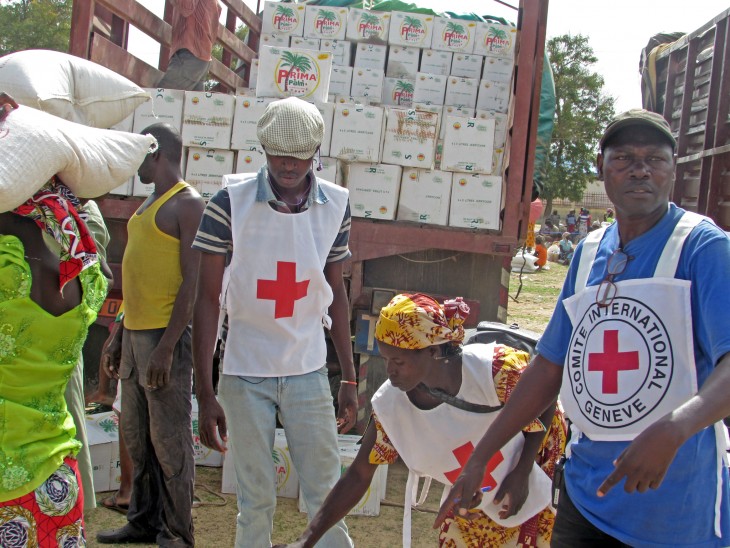 Aid distributions started in early June with the distribution of 100 tonnes of seed to 5,000 host families. Some 250 tonnes of fertilizer were provided to ensure the production of staple foods and guarantee families the reserves they will need until the next agricultural season. 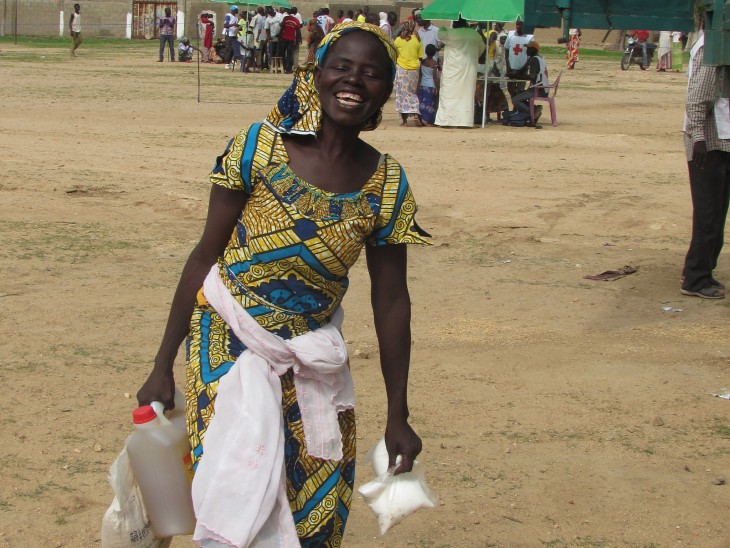 Mogodé, northern Cameroon. A woman smiles as she leaves a distribution point carrying food she has collected from the ICRC and the Cameroon Red Cross. CC BY-NC-ND / ICRC / T. Gnonsian

"People have flocked to our area completely traumatized by what they have experienced. Some had been living in neighbouring Nigeria for several years and were welcomed by their relatives," explains a village elder in Mogodé, near Mokolo, on the border with Nigeria. "But many people, including women and children, came here because they didn't know where to go." 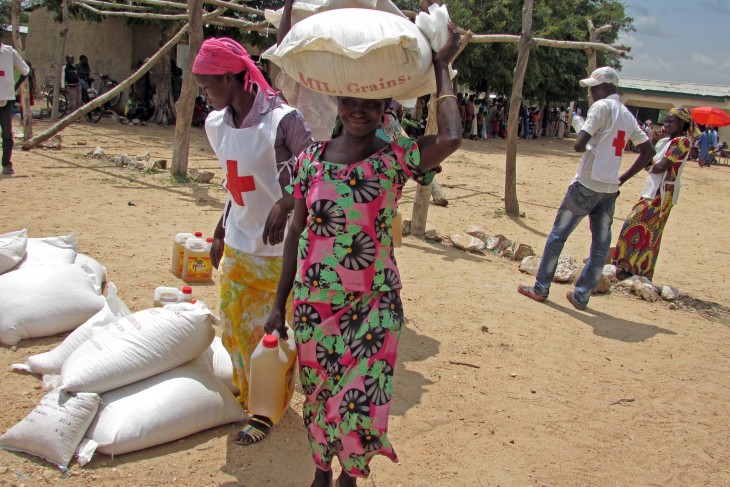 Mogodé, northern Cameroon. A woman carries away a consignment of food she has just collected, while a Cameroon Red Cross volunteer prepares to assist the next person during a food distribution. CC BY-NC-ND / ICRC / T. Gnonsian

Residents of the communities where IDPs have settled are also suffering the consequences of the conflict. To make things worse, the poor harvest of 2014 has left local residents short of food.

"Our people don't have much left in their store rooms. But it's difficult to refuse hospitality to people who have nothing, mostly women and children," said group leader in Mora, Mayo Sava Department.