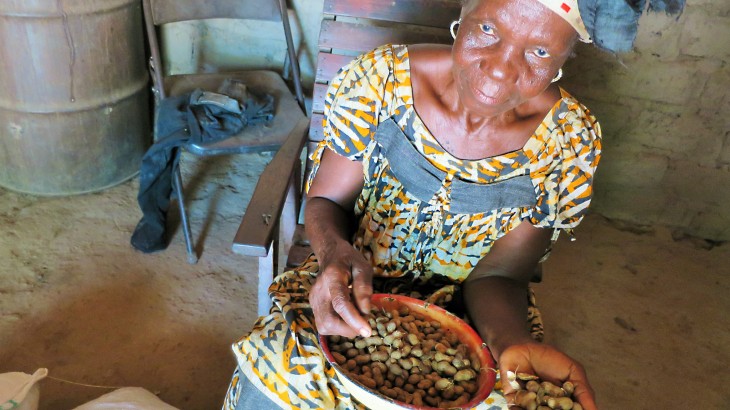 Madeleine Dondouba takes heavy steps as she carries a sack weighing 20 kg on her head. She may be 70, but she insists on carrying the load herself – the groundnuts inside are extremely precious. A volunteer from the Central African Red Cross Society helps her with the other packages. Madeleine is one of many people in Kokodo, in the north-western part of the country, to receive seed and farming tools from the ICRC recently.

"We made it!" Madeleine exclaims breathlessly as she lowers the bag carefully to the ground. Standing in front of her home, Madeleine tells us her story: "Two years ago, in April 2014, there was fighting in the village, so we fled towards Chad. We didn't come back until last January, after things had gradually calmed down." But the conflict has left permanent scars: "One of my children was killed when the fighting broke out. And after we had left, another fell ill and died because there was no way to get treatment. I only have one child left here now." Her home was also destroyed and looted. Once she and her family returned, her children's friends helped them to rebuild it. 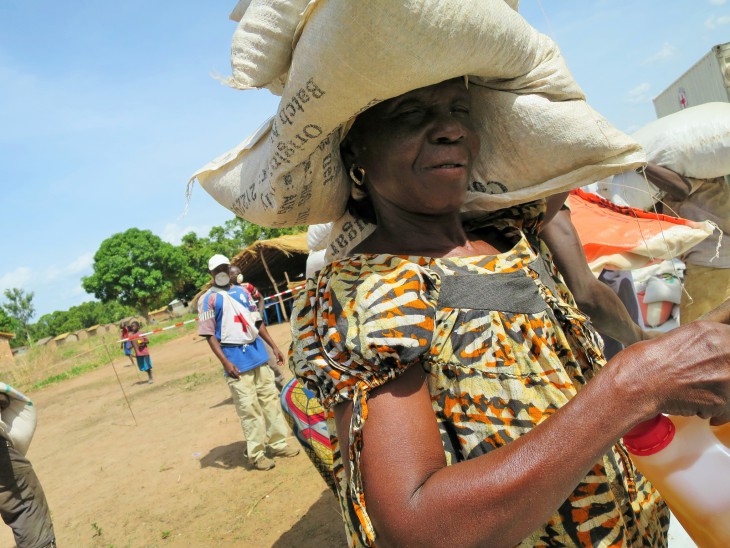 Now life is getting back to normal, but slowly. The economy is at a standstill and it's difficult to get supplies, so market stalls can be fairly bare. The villagers really need to start cultivating their land again.

"These villages were hit extremely hard by the fighting. To help those returning, we have launched a large-scale operation to distribute seed in the region. This will help farming get back off the ground and give the local economy a boost," explains Salvatore Farfaglia, who is responsible for ICRC aid distributions in the area. "We also delivered food rations to each family to ensure they don't go hungry before the harvest."

Madeleine organizes the groundnut, bean and corn seed before storing it in a big basket. "We thought we'd been forgotten and that we'd starve to death. Now we've been saved; we're not afraid anymore." The other villagers are just as busy as Madeleine. They're preparing their land and getting the seed ready to plant. And as luck would have it, the first rains came shortly after the seed had been distributed. 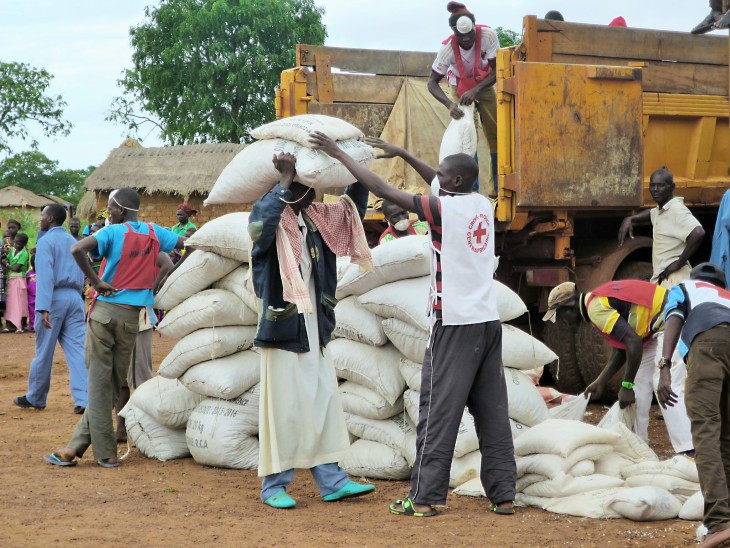 A total of 12,000 families in the Central African Republic have received aid so they can start farming again. CC BY-NC-ND / ICRC / Ananie Kulimushi Kashironge