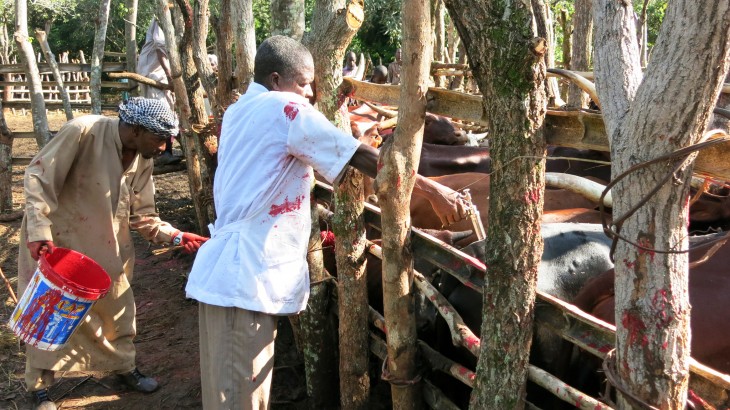 An ICRC-sponsored vaccination programme is helping to save the livelihoods of agro-pastoralist communities in the Central African Republic.

"Without this vaccination programme up to 70 per cent of the herd could die, devastating agro-pastoralist livelihoods." So says Guido Govoni, regional ICRC livestock specialist, after visiting a vaccination site for Zebu cattle in the village of Balessio, near the town of Bambari in the Central African Republic (CAR).

It is one of several sites identified as part of a six-week campaign to vaccinate around 40,000 head of cattle against Contagious Bovine Pleuropneumonia or CBPP, a potentially deadly airborne bacteria. The vaccination programme is the result of a joint initiative between the ICRC and the National Agency for Livestock Development.

During the violence that affected the country in 2012, veterinary services stopped functioning, leaving cattle herders in the region without access to animal health care and their Zebu exposed to a range of diseases. Thus in early 2014, an ICRC team carried out a series of visits to towns and villages across the region to assess the needs of the cattle herders. 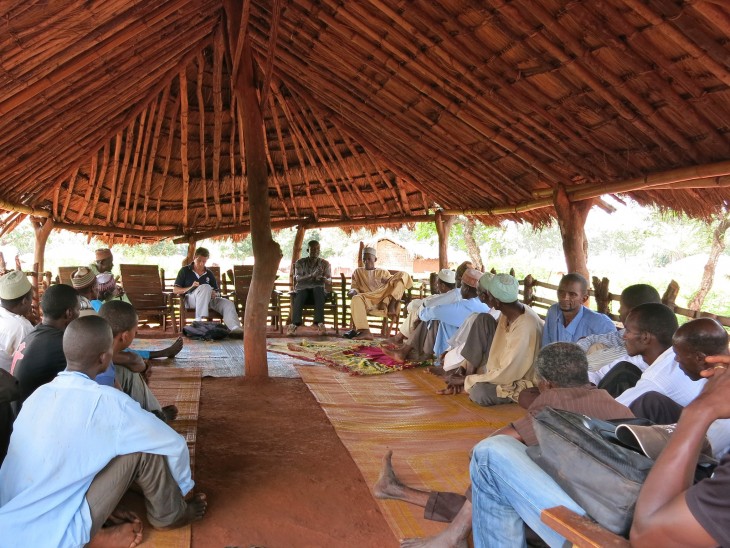 "It turned out that the most serious problem was CBPP, which they said was killing large numbers of animals because there was no vaccine or treatment available," explains an ICRC delegate based in Bambari. "One man said his 400-strong herd had been reduced to three by the disease."

Guido Govoni believes a number of factors may be to blame for the high mortality rate and the extreme vulnerability of the animal population to CBPP. These include the suspension of disease control measures over a number of years and contact with infected cattle during the seasonal migration of livestock to higher land.

Launching the vaccination programme presented several major logistical challenges. Not least the long distances involved and the need to store the vaccine at very low temperatures in hot and humid conditions, and in locations without electricity.

"It can often take up to three days to vaccinate all the animals at one site, so we have to pack the vaccine in cool-boxes, surrounded by ice packs, before transporting it from Bambari," says ICRC delegate Jean-Max-Dury Ndomale.

Nine vaccination sites were identified across the region, with the furthest away being in Bangui Banda, 165 kilometres away from the ICRC office. At each of the sites, cattle herders build a holding pen and a 'cattle crush' into which the Zebu are driven to be injected with the CBPP vaccine. The ICRC provides financial and technical support, expertise and materials to assist the construction of the pen.

The herds of Zebu, sometimes several hundred strong, present an impressive spectacle as they arrive at a vaccination site. Some herders drive their animals up to 30 kilometres to be there.

The Zebu wait their turn in the surrounding bush before being driven into the holding pen. They are then herded 20 to 30 a time into a narrow funnel where vets from the National Agency for Livestock Development inject the cattle with the vaccine, which is supplied by the ICRC. Once vaccinated, the Zebu receive a spot of red paint on their back before being released. One injection of CBPP vaccine protects an animal for a year.

Richard Mandadou, from the National Agency for Livestock Development, says the resumption of CBPP vaccination has been a big success.

"For these communities their lives depend on their herds. When these are devastated by disease, the herders have nothing left to support their families," he says. "A simple injection changes their lives."

Another reason for the success of the vaccination programme is the fact that it is free. In the past, herders had to pay to have their cattle vaccinated against CBPP, which meant that not everyone participated.

Aladji Abdou Ousmane, head chief in Balessio, oversees a community of some 300 people. Around 100 of them are cattle herders, owning several thousand head of Zebu between them. 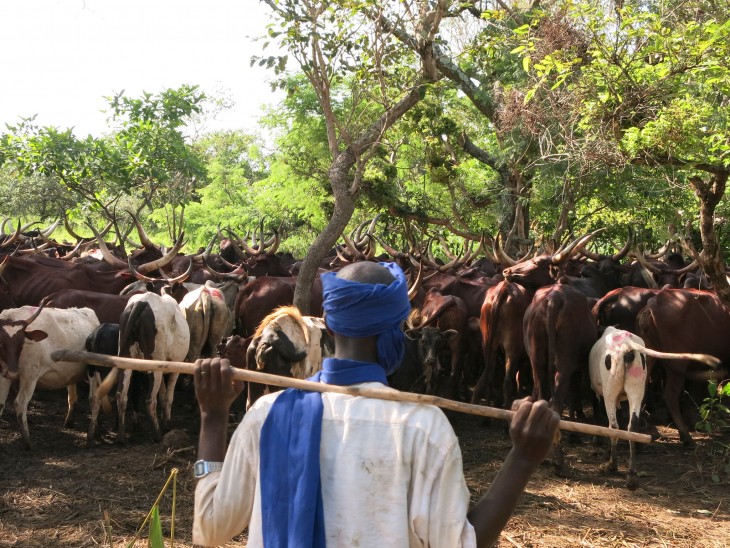