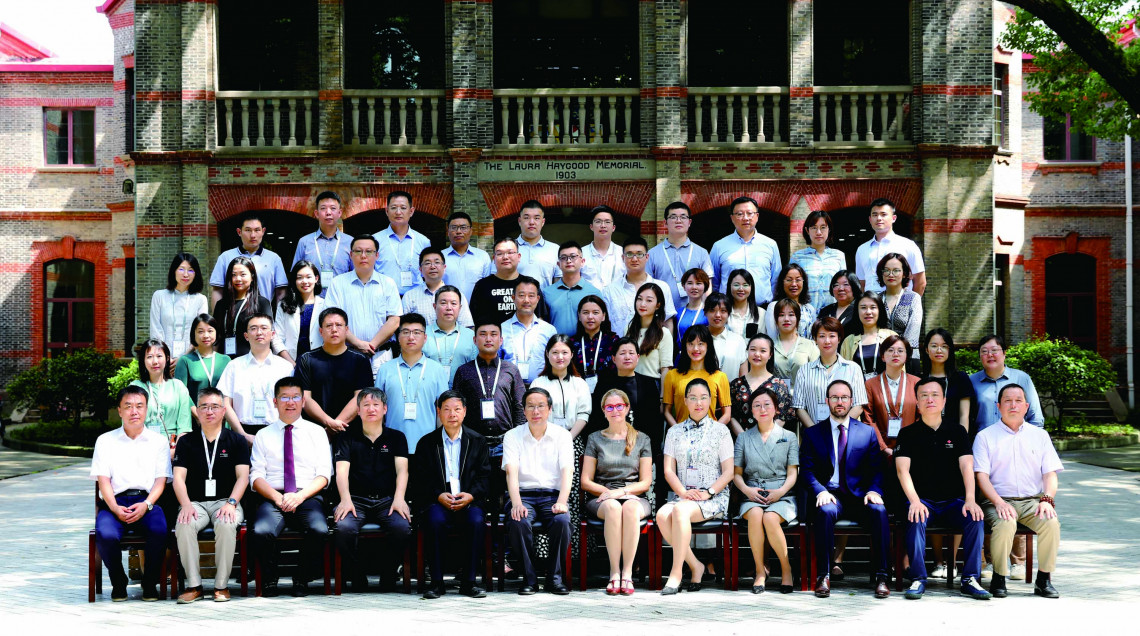 A shared event amidst century-old tradition

Since 2011, the ICRC, in cooperation with Peking University, China Foreign Affairs University, Jilin University and China University of Political Science and Law, has organized a series of summer sessions on IHL to share and discuss related issues. Soochow University was chosen as the venue for the tenth IHL Summer Session because of its rich history and role in the development of the study of law in China.

As one of the earliest universities in China to provide professional legal education, Soochow University, founded in 1900, has always upheld the motto "Nourish the spirit of universal truth; Emulate the perfect man of the ages". Enjoying high prestige at home and abroad, university alumni include renowned contemporary jurists such as Ni Zhengyu, E Sen, Wu Jingxiong, Li Haopei and Pan Handian. From 1946 to 1948, many students and faculty members of Soochow University School of Law participated in the Tokyo Trial held at the International Military Tribunal for the Far East as judges, prosecutors or interpreters, leaving a significant mark in the history of law in China. 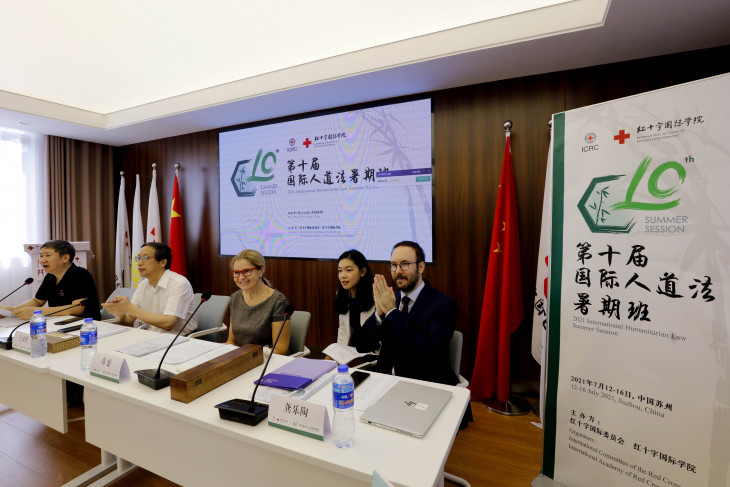 At the opening ceremony of the tenth summer session, Wang Rupeng, the dean of the academy, highlighted the importance of raising awareness of IHL. He said, "IHL is the legal cornerstone of humanitarian action and an effective tool for the international community to respond to humanitarian disasters. Nevertheless, knowledge of the law is the prerequisite for compliance, which makes IHL dissemination and education one of the core obligations conferred upon States parties by IHL treaties."

In her opening remark, Graziella Leite Piccoli, deputy head of the ICRC regional delegation for East Asia, pointed out that there were over 240 applications this year, a fourfold increase from the previous session, a clear indication of the event's appeal and influence. Piccoli emphasized how the IHL summer sessions are constantly evolving, striving to spread knowledge of humanitarian law in China.

Over the past decade, the sessions have continued to adapt both method of delivery and course curriculum in an effort to stimulate interest in research relating to humanitarian law and to strengthen efforts in raising awareness about it. "It is the first of its kind to be open to not only academia, but also to the military, government officials and think tanks," stated Dr Liu Xinyan, legal adviser of the ICRC regional delegation for East Asia, who was in charge of organizing the event. "It is the first time in ten years that the entire session was instructed in Chinese, thanks to the ever-larger reserve of IHL teachers in China. It also reflects our achievements in IHL dissemination in academia in China over the past ten years," she added. 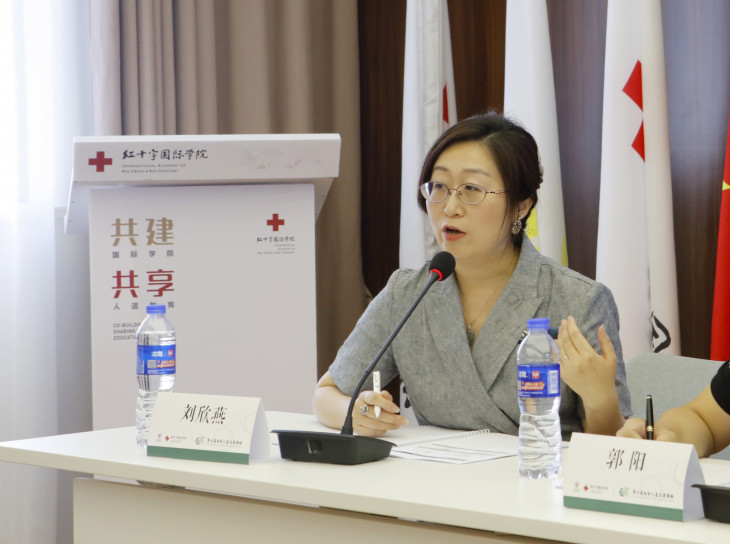 Dr Liu Xinyan giving an overview of the development of the IHL summer sessions over the past decade. Fu Chunlai

The IHL summer sessions have been making constant progress to provide a more "comprehensive" course in a more "effective" manner. Some participants said that the use of Chinese to conduct the sessions allowed them to better understand the legal doctrines and cases discussed in class, and to better express their views and participate in discussions. Others noted that the course helped them gain a more comprehensive and systematic understanding of IHL as it covered not only the basics of humanitarian law, but also current issues such as cyber warfare, autonomous weapon systems and outer space.

A wealth of talent and a promising future

Dr Lu Zhian, associate professor at Fudan University Law School, who was a participant at the first IHL Summer Session and is now a lecturer at the tenth session, observed the session to be "an improvement and a transformation". He said his "growth" also reflects the development of IHL in China in recent years, moving ahead strength to strength. 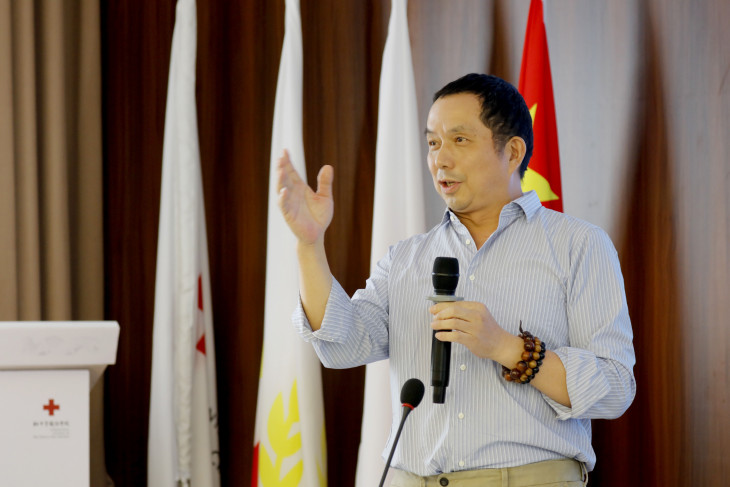 The active efforts of the ICRC over the past ten years have made it possible to bring about significant changes in the development of IHL in China:

Dr Guo Yang, assistant dean of the International Academy of the Red Cross and Red Crescent, remarked that he had felt the students' enthusiasm for IHL and their trust in the organizers during this summer session. He stressed his commitment to working closely with the ICRC over the next ten years to take the sessions a step further and make them an even more effective platform to promote IHL. 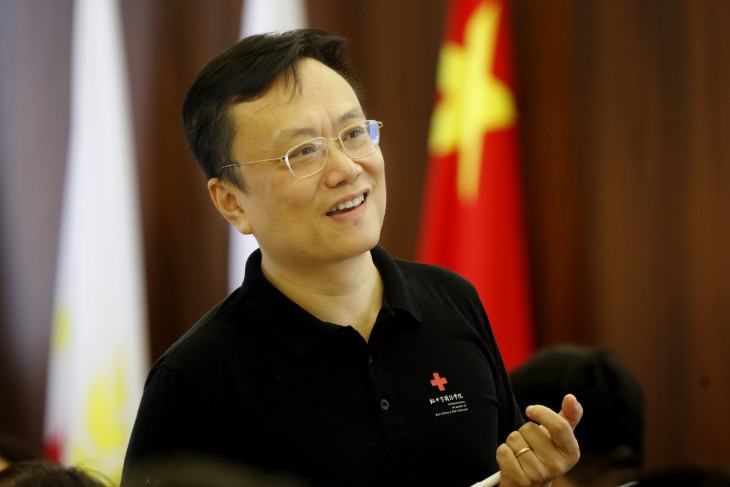 Dr Guo Yang talking about the protection of those deprived of their liberty. Fu CHUNLAI

Raphaël Gonçalves Alves, legal adviser of the ICRC regional delegation for East Asia, emphasized that the various programmes of the ICRC to promote IHL are mutually reinforcing, yielding twice the result with half the effort. 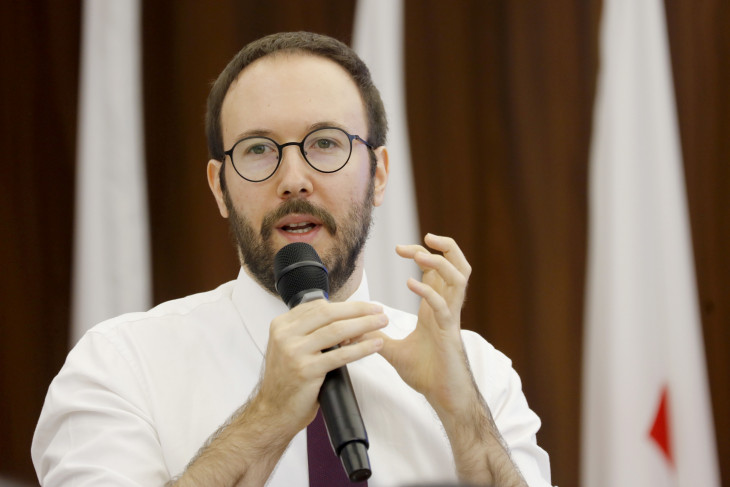 One of the participants, Liu Lili, said that it was her experience in the moot court competition at Renmin University of China in 2011 that sparked her interest in IHL. With this seed taking root in her heart, she chose military law as her major and research direction, and became a military court judge. In addition to her research on wartime justice, she also participates actively in wartime moot court activities organized by courts and military academies. She suggested that it would be of great significance for the ICRC to work with local courts to incorporate elements of IHL in the "Bringing Law to Barracks" campaign.

Alves proudly pointed out that in the past decade the IHL summer sessions had trained hundreds of participants, many of whom have become the backbone of the IHL teaching and research programme. He reaffirmed the ICRC's commitment to promote IHL among academics and decision makers so that the next ten years would see IHL grow even stronger in China. 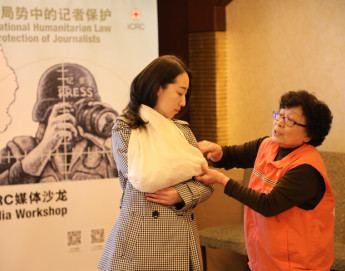 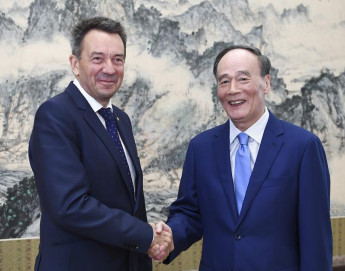 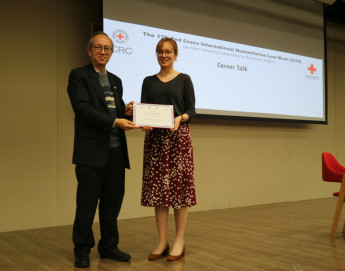 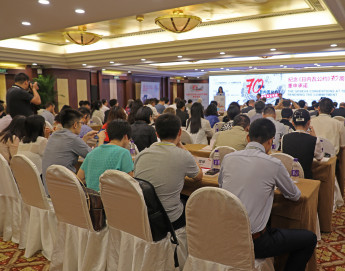