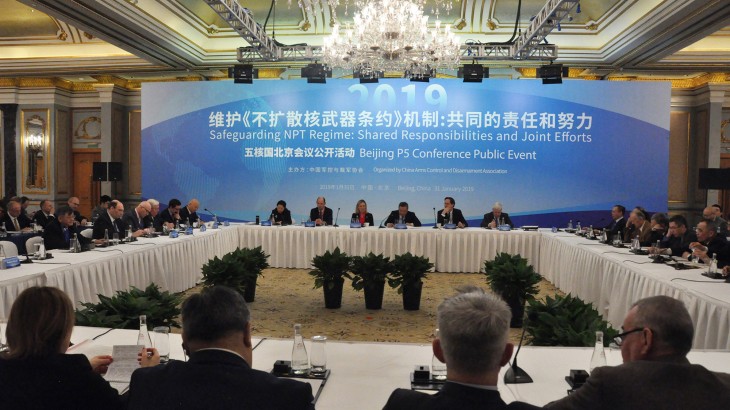 The International Committee of the Red Cross (ICRC) on 31 January attended an event organized in Beijing by China Arms Control and Disarmament Association (CACDA).

The issue being explored was the shared responsibility and joint efforts to safeguard the Non-Proliferation Treaty. At the event the ICRC shared its concern over the devastating suffering that would result from the use of a nuclear weapon.

Pierre Dorbes, head of the ICRC regional delegation in China, stressed the importance of risk reduction measures to help remove some of the perceived obstacles to nuclear disarmament. This would create an environment more conducive to progress on the implementation of Article 6 of the Non-Proliferation Treaty. It would also increase the likelihood of a successful Non-Proliferation Treaty Review Conference in 2020.

Dorbes also asked the permanent Security Council nations in attendance to explain which steps their governments will take to fulfill commitments to reduce the risk of nuclear weapons use in the run-up to the 2020 Non-Proliferation Treaty review conference. He also asked which new risk reduction measures their governments would be prepared to commit to at the Conference. 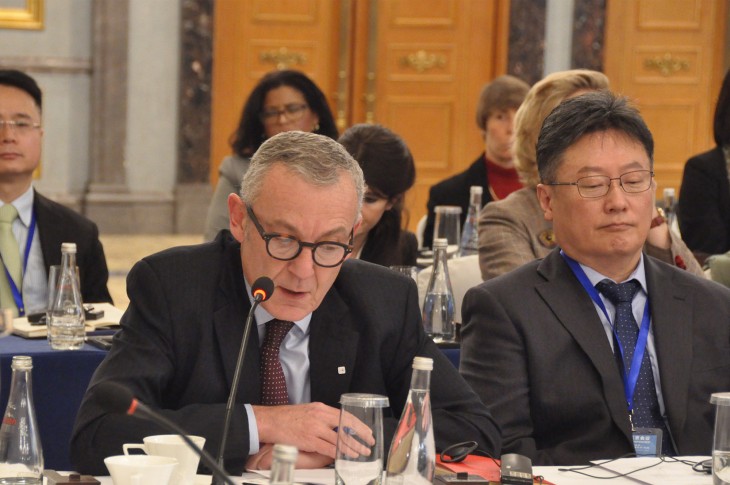 Pierre Dorbes, Head of ICRC Regional Delegation for East Asia made a speech at the event。CC BY-NC-ND / CACDA

The ICRC understands that all States and in particular those engaged in conflicts in volatile areas of the world face complex security challenges. Yet the introduction of nuclear weapons only renders such conflicts more dangerous and greatly increases the risk of massive human suffering.