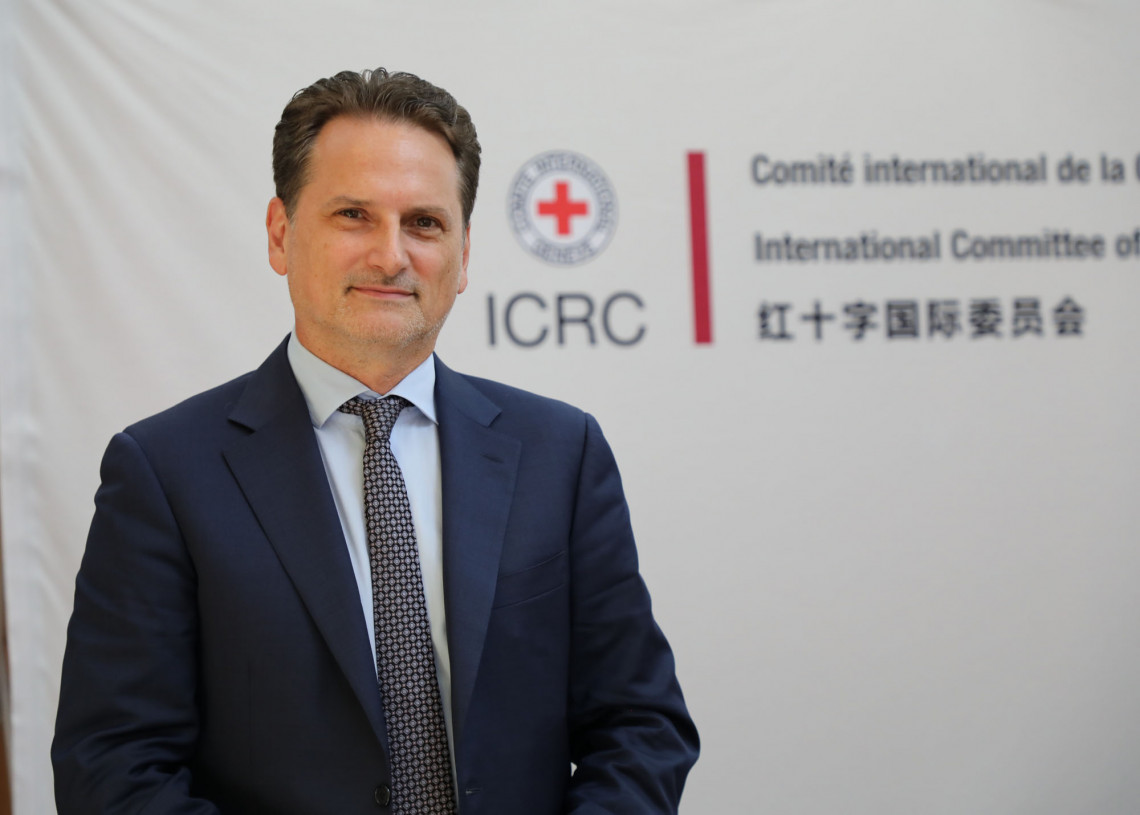 The International Committee of the Red Cross (ICRC) is eager to develop potential cooperation with China on public-health-related projects, said Pierre Kraehenbuehl, head of the ICRC's regional delegation in Beijing.
Article 07 September 2021 China

As an influential country, China has "an important voice" on multilateral issues, humanitarian, cooperation and development issues, Kraehenbuehl said in an interview with Xinhua in Beijing on Monday.

The ICRC is very keen on broadening dialogues with China, he said.

"We opened our delegation in Beijing in 2005 because we were convinced of the necessity to establish a close and trustful dialogue with China," he said. "We wanted to develop a better understanding of Chinese perspectives and concepts, for example China's focus on peace, development and stability. We also wanted to ensure that ICRC's work worldwide in conflict zones, our approach and principles would be well understood in and supported by China."

"We feel that we have made and continue to make significant progress. We are in contact with increasing numbers of Chinese embassies abroad, with Chinese ministries and institutions," he said. "We are learning a lot and believe, sincerely, that the ICRC brings valuable experience and expertise on issues that are relevant to China and its international presence."

Acknowledging that China has engaged very actively in responding to the COVID-19 epidemic and shown support to countries around the world, Kraehenbuehl noted that China has advocated vaccine equity, which the ICRC advocates as well, and the two sides have the potential to collaborate in this regard.

Over the past 30 years, Kraehenbuehl has dedicated himself to humanitarian and crisis response in situations of armed conflict. He served as the Director of Operations of the ICRC, leading the organization's humanitarian assistance and protection for people in need in 80 countries worldwide, including Afghanistan, Syria, Somalia and the Democratic Republic of the Congo. He assumed his current role in late June.

The ICRC started the direct procurement of relief supplies from China in 2010 and the country has emerged as its second largest purchase hub worldwide, according to the ICRC.

Items purchased from China include wind-resistant tents, kitchen sets, agricultural tools and personal protective equipment, and these are distributed to communities affected by conflict in countries such as Syria, South Sudan, Nigeria and Afghanistan.

Over the past years, the ICRC has maintained close cooperation with the Red Cross Society of China (RCSC) in many areas, such as emergency response, poverty eradication and public health.

Kraehenbuehl expressed hope for dialogues with Chinese partners centering around the response to COVID-19 pandemic, public health emergency management, protection of medical staff, access to universal health coverage and the strengthening of the healthcare system.

The ICRC welcomed China's constructive role in Afghanistan by providing support to the country in restoring peace, rebuilding the economy, ensuring people's economic security and rebuilding hospitals and drinking water systems, according to Kraehenbuehl.

The Geneva-based humanitarian organization started operations in Afghanistan in 1987, and now has around 1,800 staff members on the ground. Peter Maurer, President of the ICRC, is currently visiting Afghanistan. "The ICRC has been always determined never to leave Afghanistan. It will continue to be present and providing assistance in the country," said Kraehenbuehl.

Three Chinese nurses were recently awarded the Florence Nightingale Medal in Beijing. What they did is a manifestation of the Red Cross spirit of humanity, compassion and dedication, Kraehenbuehl said, noting the ICRC will continue the cooperation with China and the RCSC in fighting the COVID-19.