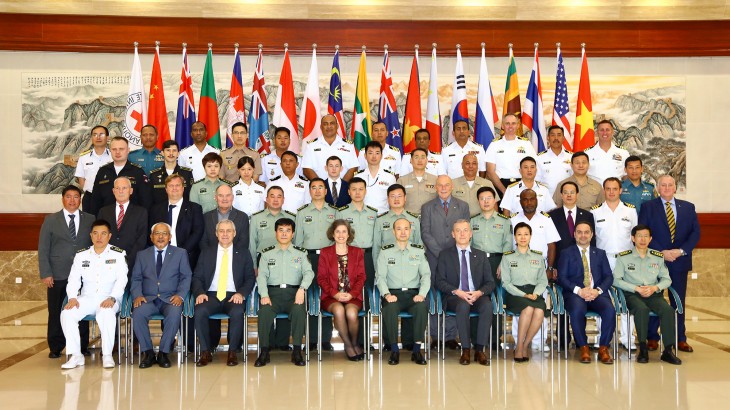 Shanghai (ICRC) – Senior military officers from 19 countries in Asia and the Pacific have gathered in Shanghai for a regional workshop on the law of armed conflict at sea to be held from 8 to 11 May. The International Committee of the Red Cross (ICRC) and National Defence University of the Chinese People's Liberation Army (PLA) are jointly hosting the workshop. As many as 35 military officers will discuss a range of operational issues related to naval warfare and current issues about humanitarian action at sea during the four days.

"The aim of the workshop is to build the capacity of region's naval forces in law of armed conflict at sea," said Zarvan Raniero Owsia, an armed forces delegate at the ICRC delegation in Beijing. "The workshop seeks to establish a neutral platform for operational dialogue with, and among, participating countries on issues relevant to the region, including responses to maritime issues and humanitarian action at sea."

Specialists from the ICRC and participating countries will make presentations, discuss case studies and take part in group exercises based on the law of naval warfare, the use of force during armed conflicts as well as other humanitarian concerns.

"Promoting the law of armed conflict is an important part of the PLA's political tasks," said Major General Zhao Wenhua, vice principal of the National Defence University. "The world today is undergoing profound and complicated changes. The trend for peace, development, cooperation and win-win situations is mixed with increasing uncertainties threatening world peace and development, with regional conflicts and local wars breaking out one after another. The law of armed conflict is facing many new challenges, both in theory and in practice. It's necessary to strengthen communication among countries in this regard."

"The PLA has integrated the law of armed conflict into the curricula of its academies and universities, invited the ICRC to provide training, and organized simulation exercises, which achieved positive results," added Wenhua.

The workshop also witnessed the launch of the Chinese version of the Updated Commentary on the Second Geneva Convention.

The ICRC and the PLA have collaborated since 1990 to promote understanding and awareness of the law of armed conflict.

This is the first time the workshop is being held in China. It was previously hosted in Singapore, Thailand, Indonesia and Malaysia, during which 100 naval officers from 25 countries took part in the discussions.