"The visit was an opportunity to pursue our dialogue with Chinese authorities, on how to better respond to humanitarian challenges worldwide and strengthen respect of international humanitarian law (IHL)," said Mr Maurer. "IHL compliance and support are amongst cornerstones of global governance to which China is very much engaged. Not only can IHL contribute to stabilization, it can also contribute to development. With its long lasting humanitarian experience and its expertise in IHL, the ICRC can make a unique contribution to China's global governance endeavor," he added. 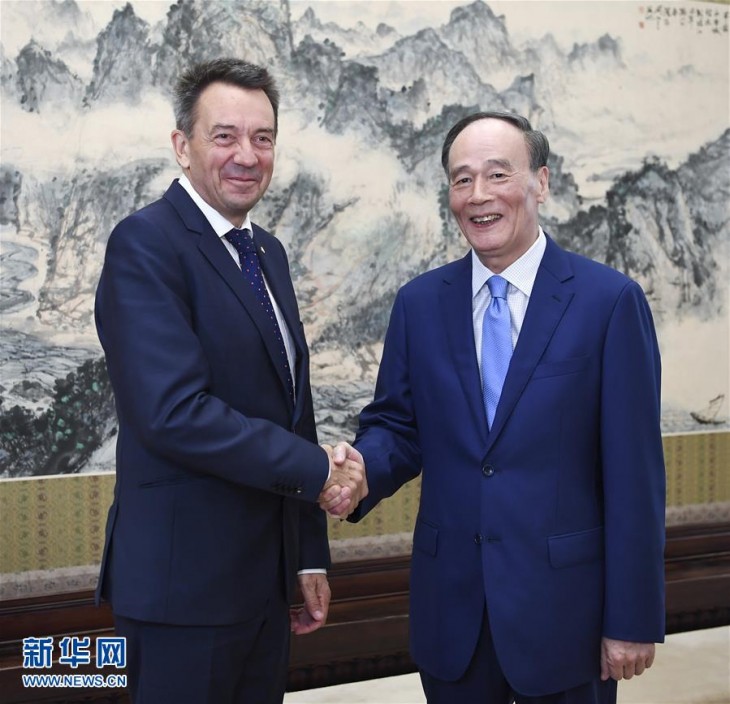 Vice-president Wang Qishan praised the ICRC's efforts to safeguard people's lives and health and promote world's stability and development. He reaffirmed Chinese government's willingness to continue supporting the humanitarian work of the Red Cross, and encouraged the Red Cross Society of China to strengthen cooperation with International Red Cross, especially along the Belt and Road initiative.

"It is in mutual interest of China and the ICRC to enhance their dialogue on global humanitarian issues, in order to address specific needs of people affected by violence, including along the Belt and Road. Humanitarian work should be given high importance and be considered an integral part of China's global ambitions," Mr. Maurer said, adding, "We wish to have a regular and substantive strategic dialogue with China on global governance, global affairs and international humanitarian law (IHL), the best tool at our disposal for reducing the impact of armed conflicts on the lives of ordinary people." 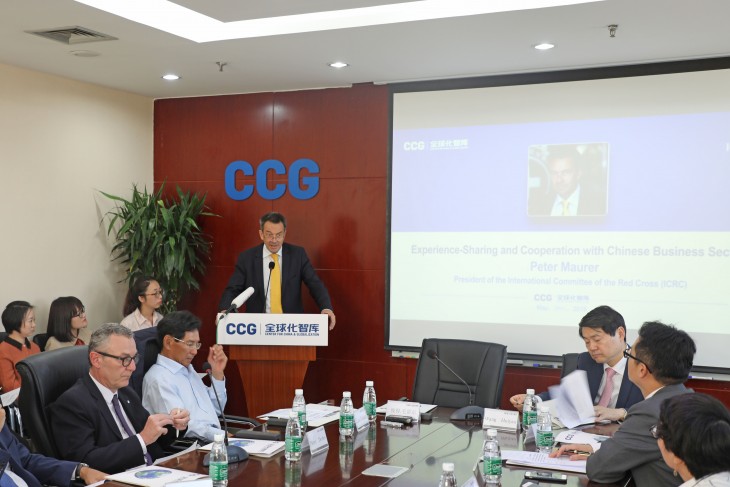 On 29 May, Mr Maurer gives a speech at the Center for China and Globalization. CC BY-NC-ND / ICRC / Yongtao XIANG

Mr Maurer also signed a memorandum of understanding between the ICRC and the Red Cross Society of China, had meetings with representatives of State institutions and Mr Rashid Alimov, secretary general Shanghai Cooperation Organization (SCO). He addressed the business community at the Center for China and Globalization and delivered a speech to a large audience at Tsinghua University.

Established in 1863, the ICRC is an independent and neutral humanitarian organization operating in more than 80 countries around the world, mandated to help people affected by conflict and armed violence and promote the laws that protect victims of war. The ICRC's Beijing delegation opened in 2005 and works to promote IHL with academic, policy, defense and government entities, foster support for ICRC activities in the region and worldwide and support Red Cross Societies in the region.