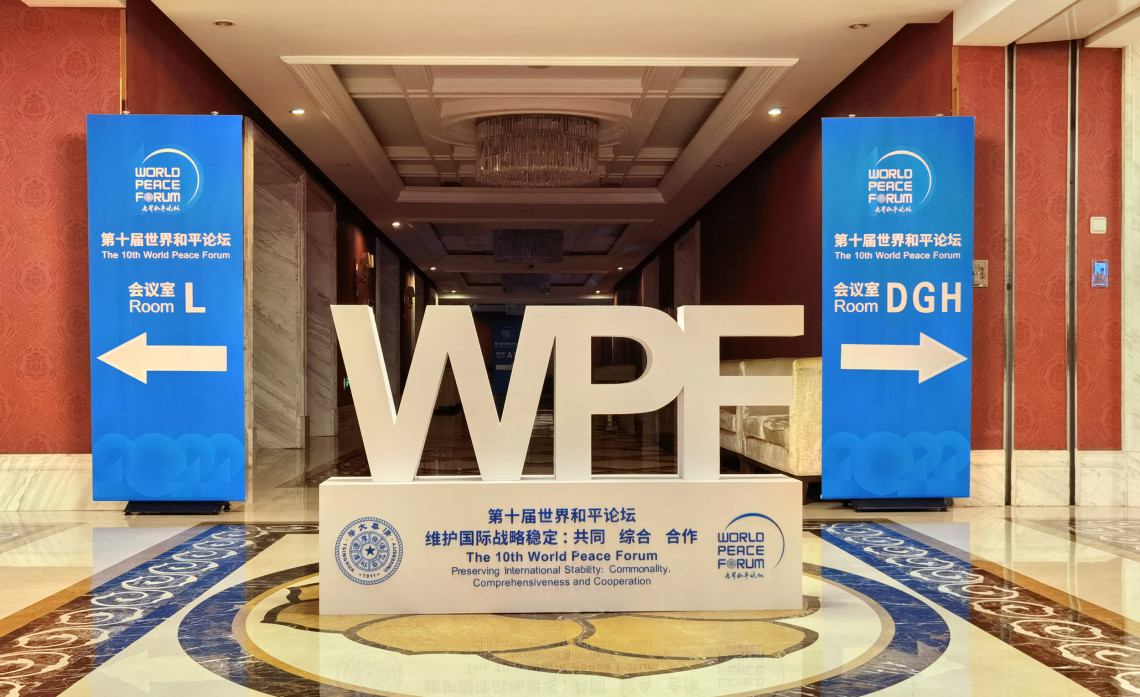 Afghanistan is at a critical juncture, facing tremendous challenges in political, economic development and humanitarian terms. And it's, first and foremost, the responsibility of Afghanistan to map out the path of its own future. However, international solidarity and cooperation are also important.

said Pierre Krähenbühl, the personal envoy of the ICRC president to China and head of the regional delegation for East Asia. He also stressed the importance of neutrality when working in conflict-stricken areas. "The ICRC is mandated by states to assist people affected by armed conflicts and reduce human suffering. We would not be able to do that if we take sides," he said. 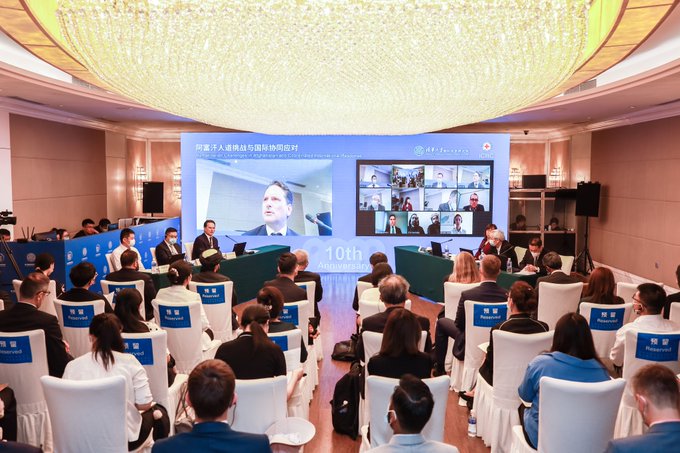 Pierre Krähenbühl, the personal envoy of the ICRC president to China and head of the regional delegation for East Asia, gives opening remarks at the panel.©Tsinghua University

Li Li, the deputy director of the Institute of International Relations of Tsinghua University, said, "Afghanistan's humanitarian crisis continues to worsen. Half the population faces acute hunger but the conflict in Ukraine has significantly diverted the world's attention from Afghanistan. Humanitarian crisis not only leads to humanitarian disaster but may also impact regional stability and world peace in the long run."

Health care was one of the important topics discussed by the panel. Reto Stocker, ICRC special adviser in Kabul, highlighted the ICRC's Hospital Resilience Project (HRP) in response to health crisis in Afghanistan. Since November 2021, in cooperation with the Ministry of Public Health (MoPH) and the Ministry of Higher Education (MoHE), the ICRC has been providing financial and technical support to 33 hospitals in Afghanistan. These include Mirwais Hospital in Kandahar and Jamhuriat Hospital in Kabul, which were built by China for Afghanistan. The salaries of more than 10,000 health-care staff and the costs of medicines, other supplies and hospital running have been covered through the project.

Stocker also commended China's support to Afghanistan in building hospitals. "This model can help to share desperately-needed know-how, turning hospitals into centres of excellence which in turn help modernize and raise the level of care in other hospitals that adapt the best practices," he said. 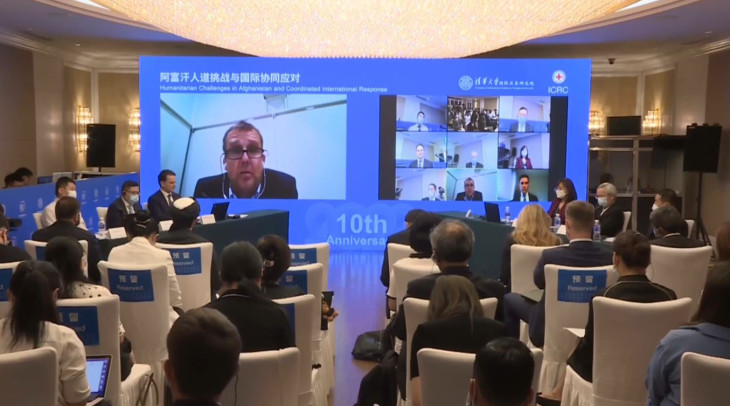 Underlining the importance of female medical staff, Sylvia Nga Sze Tsang, ICRC hospital administrator in Kabul, said, "Culturally, most female patients in Afghanistan are reluctant to be treated by male doctors. The hospitals supported by the HRP that are headed and run by female directors and colleagues are sometimes the only facilities where female patients can seek services."

Dr. Mirwais Ahmadzai, director-general of Policy and Planning of MoPH, Afghanistan, listed the challenges facing them: lack of funding and staff, crippling infrastructure and unequal distribution of medical resources. And the Afghan people are faced with a humanitarian crisis of unprecedented level: lack of access to medical care, coupled with food crisis, soaring prices and natural disasters such as drought and earthquake. Expressing gratitude for the solidarity that the international community has shown in the past 10 months, Dr. Ahmadzai called for continued humanitarian support to Afghan people and the MoPH.

Talking about assistance to Afghanistan, Yu Zirong, the vice-president of Chinese Academy of International Trade and Economic Cooperation, emphasized the importance of bilateral and multilateral cooperation. "Humanitarian assistance alone, usually provided at the initial stage of an emergency, is not enough. It requires development from within Afghanistan to truly resolve the problems that the country is facing," he said. He added, "In the next stage, with full respect for Afghanistan's religious beliefs, local customs and independent choices for development, the Chinese government will work on having closer cooperation with international organizations like the ICRC and UN agencies to strengthen international cooperation."

The 10th World Peace Forum was held in Beijing from 2 to 4 July with the theme "Preserving International Stability: Commonality, Comprehensiveness and Cooperation". More than 300 former senior government officials, diplomats and scholars participated online or offline.

Initiated in 2012, the World Peace Forum is China's first non-governmental high-level forum on international security, organized by Tsinghua University with help from Chinese People's Institute of Foreign Affairs. So far nine offline forums have been organized.