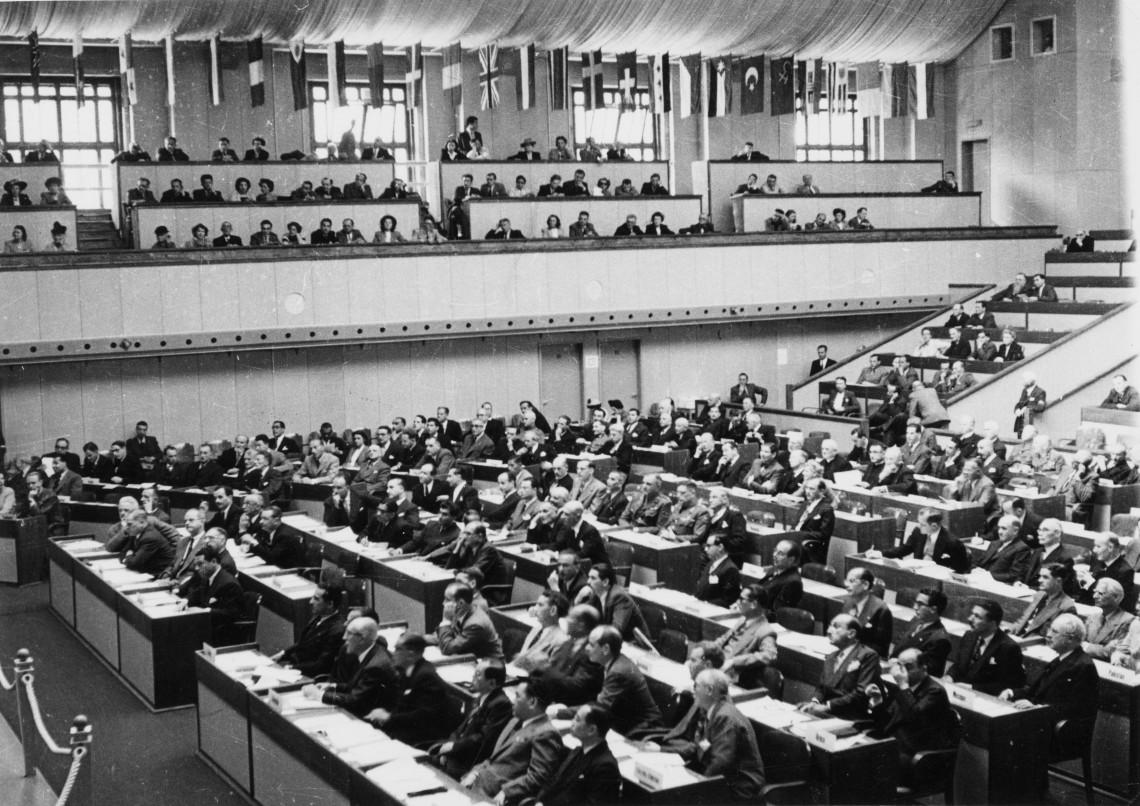 On July 4, 2022, Beijing, China, Pierre Krähenbühl, the personal envoy of the ICRC president to China and head of regional delegation for East Asia, delivers a speech at the panel on "United Nations, Multilateralism and World Order" at the 10th World Peace Forum.
Article 07 July 2022 China

Many thanks to Tsinghua University and the World Peace Forum for inviting the International Committee of the Red Cross to this important panel.

We live in times of profound polarization, where divisions and competition, differences and confrontation are emphasized above and beyond what should bring humanity together, what should unite us.

It is a time when global challenges such as climate change, the Covid pandemic and other major health hazards, as well as the ever-present nuclear threat, require international dialogue and cooperation.

Yet, what we frequently see are political divides, spreading confrontation and escalating violence on social media platforms as well as on the actual battlefields around the planet.

It is striking then that just when we would need the most robust forms of common action – because most of the major crises we face are transnational in nature – we see nations, people, individuals withdrawing behind convictions and beliefs, and new fault lines.

As a result, we run the risk of taking for granted important milestones of multilateralism. Representing an organization – the International Committee of the Red Cross - that was specifically tasked to carry out humanitarian operations in situations of armed conflict and violence, I wish to focus in my remarks on why multilateralism remains essential to us all.

Let me begin with some multilateral diplomacy success stories.

In many ways, a remarkable example that multilateralism and diplomacy can work is found in the universally ratified Geneva Conventions. Adopted in 1949, the Conventions form the core of international humanitarian law. These rules created important multilateral consensus on the limits of violence and the need to reduce human suffering and protect essential infrastructure, during times of armed conflict. People are usually more familiar with human rights law, but Humanitarian Law is crucial in times of conflict.

The Geneva Conventions also gave a clear mandate to the ICRC and to the National Societies of the Red Cross and Red Crescent to prevent and alleviate suffering. With the inclusion of this mandate, States recognized the importance of neutral, impartial and independent humanitarian action.

Our neutrality means we do not take sides in a conflict. We do that because it is essential to preserve humanitarian work from being politicized. We believe this is the only way to build dialogue with parties in a war zone.

On that basis, the ICRC currently works in some of the most challenging contexts of war, armed conflict or violence, such as Ukraine, Afghanistan, Syria, Yemen, DR Congo, South Sudan and many more.

Now, despite being the expression of the collective will of the community of states, the Geneva Conventions have often been challenged. In some cases, for example in the years following the attacks of September 11th, 2001, they were called no longer relevant to contemporary conflicts, outdated, unhelpful.

In ICRC, we see it differently. The Geneva Conventions were not drafted by a group of naïve humanitarian enthusiasts. They were the result of painstaking negotiations led by seasoned diplomats and military experts who had just survived one of the worst calamities that humanity had ever inflicted on itself: The Second World War.

These people did not lack understanding or imagination when it comes to the limitless ability of humans to impose the cruelest suffering on other humans. The rules and regulations they adopted, and which are since enshrined in the Geneva Conventions represent a minimum consensus on protections and limitations applicable during war.

Together with the UN Charter, the Universal Declaration of Human Rights and the 1951 Refugee Convention for example, the Geneva Conventions represent an essential legacy of the that catastrophic World War. As we are meeting in China, allow me to quote from a document found in ICRC archives which contains a statement by H.E. FM Zhou Enlai, on the recognition of the Geneva Conventions by the People's Republic of China.

This statement made in Beijing on 13 July 1952, almost exactly 70 years ago, says: "The Central People's Government considers that the content of the above mentioned conventions are basically conducive to a lasting peace amongst all nations and are in conformity with humanitarian principles and, therefore, has decided to recognize them."

This comes as a reminder that true multilateralism serves as a fundamental guarantor of universality and shared values. It is also the basis for common action. Indeed, all states have assumed the responsibility to respect and ensure respect of the rules of international humanitarian law.

Are the Geneva Conventions perfect? Certainly not. Could they be reinforced or better applied? Yes, very clearly. But an important question for all of us is this: would we today manage to build a strong enough consensus in the world to adopt the very same Conventions, if they did not already exist? I don't know how you feel about it, but I think it would be fair to express some doubt on the matter.

This is another reason for taking good care of important achievements of past multilateral action, while working together to preserve our current capacity to build new pillars of multilateralism.

Here, we should not give in to pessimism. There are recent positive examples in this regard, such as the Treaty on the Prohibition of Nuclear Weapons which is another example of multilateralism in action. It is the promise that one day we could be freed of the dark shadow of these indiscriminate and inhumane weapons. Our collective work is far from complete. We must intensify our efforts to promote adherence to the Treaty, ensure that its provisions are faithfully implemented and take the Treaty all the way to its goal: a world without nuclear weapons.

I raise these examples to illustrate that multilateral diplomacy agreements developed by States create norms and develop international humanitarian law to ensure that legal limits are in place.

The future for consensus-building cannot just be multilateral: it also must be multistakeholder. We must involve local institutions and nongovernment actors, the UN, development actors, civil society, the private sector and others.

I would like to end my remarks with some observations on an area where renewed multilateral efforts are needed: Indeed, it is not only vital to prevent excessive suffering during war, but even more importantly to identify new ways of both preventing conflicts and bringing about political solutions to resolve conflicts.
Most of the conflicts we work in have been going on for decades. In many of these situations, we are facing a protection crisis and a denial of dignity.

Their roots lie in the grave, ongoing failure of the community of states to prevent or resolve conflict, in the failure to protect ordinary men, women and children caught up in conflicts and the inability to fundamentally change the behaviors of belligerents.

This brings me to the need to revisit the assumptions we have about armed conflicts and ask ourselves some hard questions about our attitudes towards war.

Having worked for 3 decades in situations of armed conflicts, I am struck by the fascination that war exercises on human beings, by our tendency to glorify it. We also often behave as if wars were inevitable, and we could do nothing to prevent them or end them. I do not agree with that. I believe we must urgently challenge this notion, notably when considering the awful human and societal costs of conflict. These are costs that last long after a given conflict has come to an end.

As I said, wars are not inevitable, and it is time for new ideas and approaches when it comes to conflict prevention and resolution.

When the risk of conflict looms or when a conflict escalates, it is time for more dialogue, not less. Dialogue between nations, between parties, in multilateral fora, and dialogue between people is what we need.